Skip to content
Home » Hat Facts » What Type of Hats Do Leprechauns Wear? 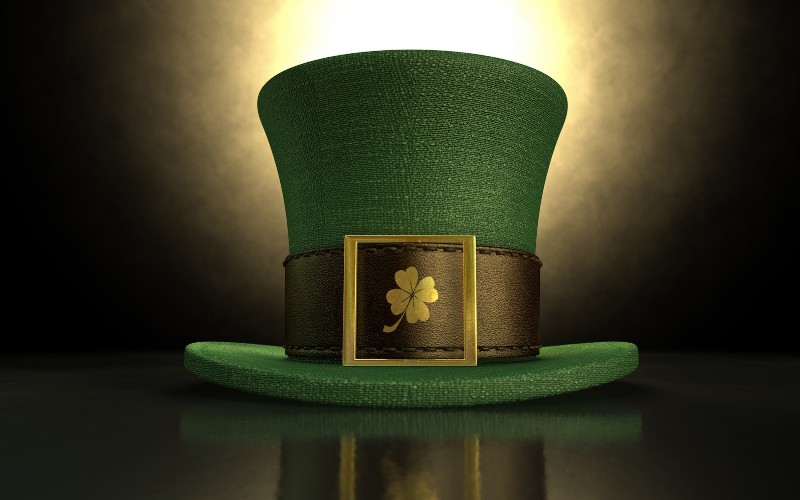 Leprechauns are known around the world, easily recognizable by their traditional green attire and red hair. Just like for many other cultural characters that have spread across the globe, some of the features and characteristics of the leprechaun have been moulded and developed throughout the years into a different style than they originated as. Let’s get down to it – here are 3 interesting facts about the hats leprechauns wear:

Keep on reading to find out more about the fascinating aspects of the beloved leprechaun’s most famous accessory.

1. The modern leprechaun wears a tall, green top hat featuring a black and gold buckle at the bottom of the crown

This comes as no surprise. If you are ever prompted to think of the Irish character’s ’traditional’ headwear, this specific green top hat style is likely the one that will come to mind. Simply put (as far as most people know, at least) modern leprechauns wear exactly that. While there are slight variations in the style with each rendition that is recreated today, the hat seems like a consistent feature used widely in depictions and costumes. St. Patrick’s Day parades and parties are sure to be filled with this one particular contemporary style.

2. Leprechauns originated from European folklore, and did not originally wear the hat we recognize as their own today

It is, of course, important to note that the modern leprechaun originated from, well, its non-modern version likely inspired by European folklore. Creatures such as fairies are believed to have laid a lot of the groundwork for this small and mischievous Irish shoemaker. It turns out a lot of what we know leprechauns to be and look like today aren’t necessarily what they have always been. Much like the fairy tales that inspired the stories we know and love today, the earlier versions of this creature were far more macabre and displayed significantly less child-friendly features.

In 1997, Celtic mythology historian J. Mackillop described leprechauns as “ugly, and stunted with a face like a dried apple, the leprechaun may be querulous, sottish, and foul-mouthed.”  Sure, the trickster we know today isn’t exactly a saint, though he certainly isn’t a terrifying part of our nightmares, either.

3. There have been many hat styles mentioned and described throughout the history of the leprechaun tale, including cocked hats, pointed hats, log cone hats, and even jockey caps

In other historic records, leprechauns have been described wearing all sorts of different style hats leading up to its modern top hat rendition. It’s not hard to believe that there have been many conflicting accounts of the mythical creature as it developed into a cultural icon, but it certainly is fun to note what some of these are.

Leprechauns throughout history have been said to be wearing floppy, pointed hats/caps, in tune with its fairy predecessor’s traditional attire. There have also been mentions of cocked hats and long cone hats, both making for a far different visual than the one we have gotten accustomed to when we are out celebrating St. Patty’s at the pub.