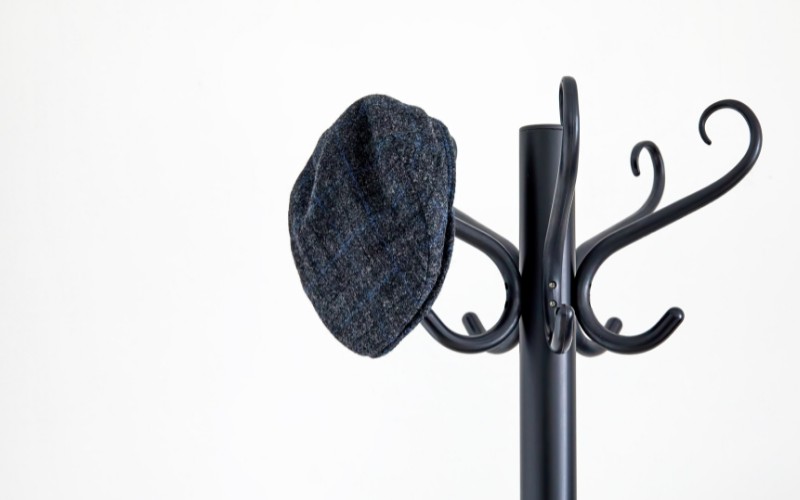 The wide variety of hats available today and present throughout history makes it easy to get similar styles confused. Amongst these common mix ups are the newsboy cap and the ivy cap, both similarly structured hats that have been used for multiple purposes and seen numerous popularity peaks over time.

Despite looking indeed similar in some ways, the caps also contain several differences between them, making them each unique in their own way and quite clearly distinct from one another upon closer observation. Both hats are rounded styles and feature peaks, and are also commonly made from tweed. Here are some of their prominent differences:

Keep on reading to find out more about these beloved, classic styles that have marked so many moments in history.

1. Newsboy Caps are rounder, made up from eight panels that are sewn together and make a ‘puffier’ look

The round flair of the newsboy cap is certainly its most distinguishing feature. The eight triangular panels that come together result in a ‘puffy’ effect, enhancing its rounded traits.

Newsboy Caps got their name for being an incredibly popular style amongst paperboys in the 19th century, and were also eventually worn by wealthier men for activities such as hunting. Although they were incredibly popular at that time, newsboy caps were still very much prominent during the late 90’s, 2000s, and even today, worn by beloved modern celebrities like David Beckham and Brad Pitt.

2. Newsboy Caps are known for often containing a button at the top, where the eight triangular panels come together

For an even more specific identifying feature when trying to distinguish between newsboy caps and other styles, newsboys contain the button detail. Rather than be made up of one smooth patch of fabric, the cap’s body is composed of the eight individually sewn panels, a detail adorned by a button where they all meet at the top.

3. Ivy caps are also known as flat caps for a reason – they sit far flatter and closer to the hat than Newsboys

Oftentimes, both newsboy caps and ivy caps are referred to by the general public as “flat caps,” though, in reality, this alternative name only applies to the ivy. When looking at an ivy cap, it’s more than clear why. The caps are indeed flatter and sit closer to the head, making for a far more streamlined and mature look.

4. The peak in ivy caps is more understated, often hidden by the top portion of the cap that tends to come out further

Whereas the peak in newsboy caps stands out and can always be clearly distinguished from the rest of the hat, the peak in an ivy cap is often hidden. The overall structure of the flat cap isn’t largely in favour of shining the spotlight on the peak; on the contrary – the top of the hat is designed to come out further, many times covering most of (if not all) of the peak.

The ivy hat rose in popularity in the late 19th and early 20th century, though it had already found an audience in previous eras. Like the newsboy cap, the style has not become irrelevant in modern times, worn today by movie stars like Idris Elba and Leonardo DiCaprio.