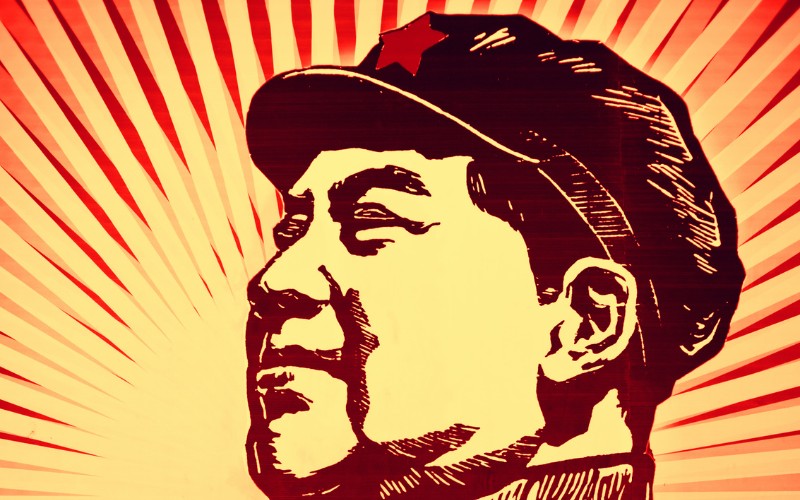 Chairman Mao hats are popular in modern theater plays and specific parts of the Chinese fashion industry. They were much more famous a few decades ago, but they make an appearance every so often. However, there’s a lot of symbolism behind these Chinese hats.

A Chairman Mao hat is designed to replicate the hats worn by Mao Zedong, a well-known leader of the Chinese communist party. It’s typically made out of soft wool, and a Mao suit accompanies it. They usually have a red star to symbolize China’s legacy of communism.

It is not uncommon in China for companies to hold Mao-themed dinners, with all the workers dressed in Mao outfits. It is regarded as lighthearted. History in these contexts is seen through rose-tinted glasses.

A Brief History of the Chairman Mao Hat

Mao Zedong was a Chinese political leader who passed away in the later 1970s. He made sweeping changes to Chinese society with vast consequences. Mao preferred to wear a unique style, which is why the name of the suit and hat was changed to accommodate his likeness.

A Mao hat replica on Amazon.

When Did It Become Popular?

According to Keep Shooting, Chairman Mao hats (and suits) were popularized during the Cold War. They were seen as the opposite of Western clothing, making them more appealing to those against the US and allied nations. They quickly became a social and political statement that showed who the wearer affiliated with.

What’s with the Negativity?

There are a lot of negative thoughts and emotions surrounding Chairman Mao’s hats. They’re simple and harmless by design, but the ideas that they symbolize can prove to be conflicting. Mao Zedong supported Communism, a political system that’s been proven to cause chaotic dictatorships and the suppression of individual rights.

Is It Socially Acceptable to Wear These Hats?

Unless you’re living in a highly Communist part of China or wearing the hat for a theater class, it’s probably a bad idea to wear a Chairman Mao hat. They’re sold as props, making them readily available for those who want a sense of the design. However, wearing a Chairman Mao hat in Western society is unwise.

As you can see, Chairman Mao hats have a lot of background. They’re far from easy-going. People will immediately recognize the symbol and what the wearer stands for. That being said, countless people wore the hat and suit together.

Why Do People Wear the Chairman Mao Hat?

1. People wear them to show pride in their country.

China is still governed by the Chinese Communist Party. Mao Zedong is one of the most known, notorious leaders in the world. People who liked him wore (and sometimes still wear) his hat to show pride.

2. It’s a symbol of the Communist Party.

Chairman Mao was a strong proponent of the Communist party. Anyone who supports his legacy would agree that a Chairman Mao hat would be an excellent way to show pride in the concept.

3. Mao Zedong was a revolutionary person in China’s history.

Whether or not people are in favor of Mao Zedong, there’s no denying the impact he’s had on the Chinese government. You might wear it as an artifact from a museum, but make sure you’re being sensitive to the people who’ve been negatively impacted.

4. They’re worn in plays during reenactments.

As with all regimes, some symbols and clothes are unique to the period. Chairman Mao’s hats and suits are iconic for the Cold War and Communism. This apparel is worn when people are reenacting the infamous, multi-decade conflict.

5. They used to be a fashion statement.

Much like suits and military outfits in Western and European society, Chairman Mao’s clothing is worn to show affiliation with the country.

They’re not nearly as popular as they once were, but it’s not impossible to come across someone wearing a Chairman Mao hat. That being said, knowing the history and various choices behind the style will give you a better understanding of the situation. It’s not as simple as wearing a top hat or a beanie, that’s for sure.

Where can you get a Chairman Mao hat? Most of them are props. You can get replicas, such as the COOL SOME Vintage Fatigue Red Star Mao Army Military Hat on Amazon.

Read more about hats worn by Chinese people in this article.