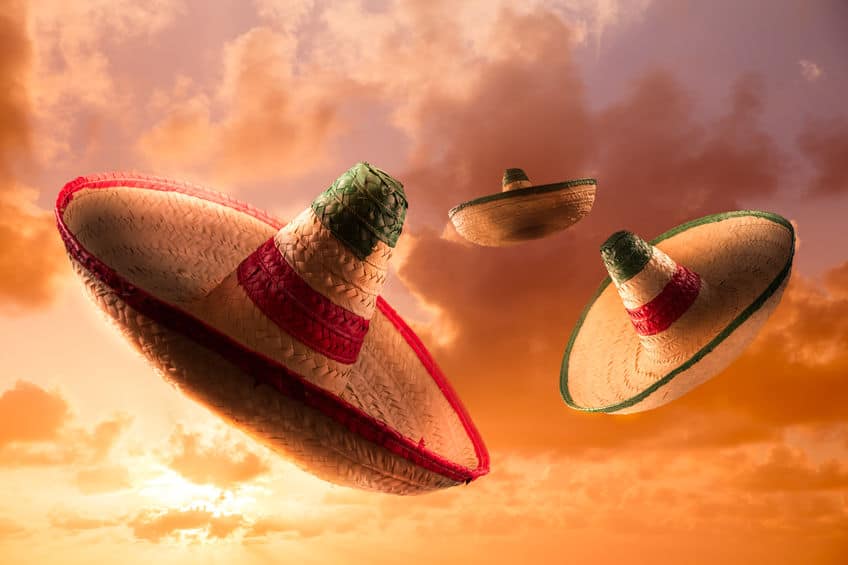 Many people know sombreros by their famous silhouette – the high crown and wide brim. However, a few historical yet intriguing facts about the hat aren’t so well-known.

The use and meaning of sombreros have changed substantially over time. This article will explain why. We will cover when the hat emerged, who wore it, and why it was so popular.

The Sombrero First Appeared in the 15th Century.

Historians have traced the sombrero back to the 15th Century, a hat historically worn by men. There were two main types of sombreros during that time: felt hats and straw sombreros. Peasants would wear the straw sombreros while the men of the higher society wore grey, tan, or white felt versions.

The Sombrero’s Origin Is Unknown

Even though historians have some ideas, the sombrero’s exact origin story is still unknown. The most agreed-upon conclusion is that the Mexican sombrero traces back to Central America.

Historians believe that Mestizo cowboys were the first people to wear the large hat during the Spanish Empire.

Sombreros Were Designed To Protect From the Sun

Many historic and modern hats emerge for the sole purpose of fashion. The top hat, for example, had little practical function but said more about social stratus. The sombrero, by contrast, was by design very practical. Sombra is the Spanish word for shade.

Sombreros were to protect people from a ranch or farm’s hot and extreme climate. The large size explained by the need to find shade where there was very little.

A Similar Hat Was Common in the 13th Century.

The sombrero was not the first hat with a broad brim. Researchers have found a similar hat popular in the 13th Century, and Mongolian horseback riders wore a wide-brimmed hat, similar to the sombrero.

Horses and horse-riding played a major role in Mongolian culture. Since the men spent a lot of time on horseback, they needed a hat to protect them from the harsh sun.

The Sombrero Was the Predecessor to the Cowboy Hat

It is not surprising that the sombrero eventually inspired the cowboy hat. Much like the sombrero, cowboy hats protect ranchers from the harsh conditions of the hot sun. Ranchers in the United States took the sombrero and adapted its shape.

They shortened the brim and crown, so they were not as wide and tall. With those adjustments, the iconic cowboy hat was born. Sombrero cowboy hats are still popular today, such as this one on Amazon.

Veintisiete Sombreros are Considered the Best

This version of the sombrero has its origins in Columbia.

The intricate steps to making the hat include drying caña flecha leaves before removing the veins from the leaves, then sorting for color, baking in mud, sorting for color again, boiling, drying, and finally weaving —a process which can take weeks.

A practical hat, with a big character the sombrero, is hard to miss. While not common in the West they inspired the cowboy hats of today. If you want a sombrero, check out this Authentic Sombrero Straw Hat on amazon.