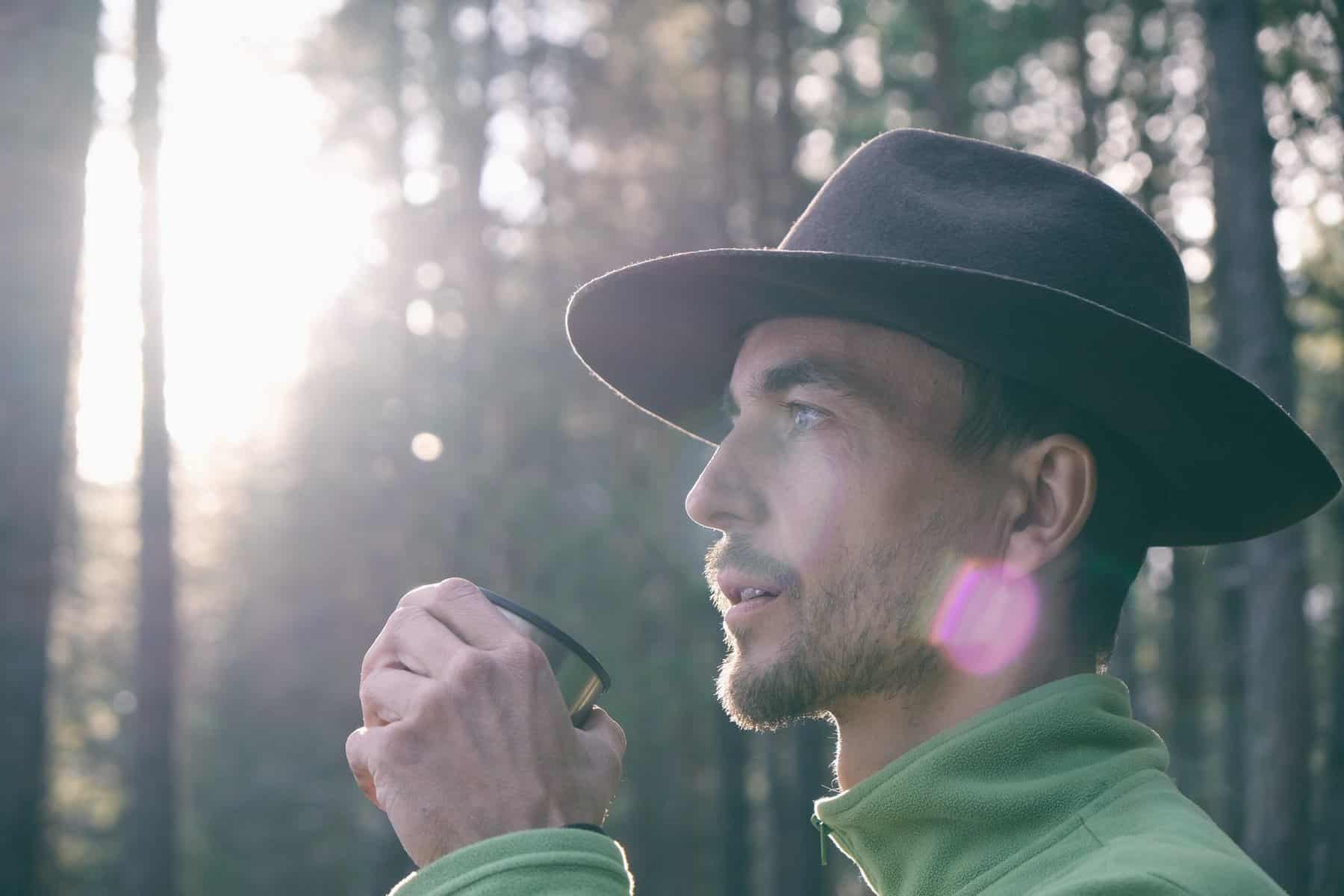 Felt is one of the first known materials used for hat-making, and felt hats have remained a popular choice for hundreds of years. Felt is produced by pressing and matting animal fur together to form a single piece of fabric.

It is believed felt was first used in Mongolia, and traditional methods are still used today to produce traditional Makhlai hats.

That much hair spread flat can cover a 27-square-foot (2.5-square-meter) space or more.

The Phrase “Mad as a Hatter” derives from Felt Hat Makers

Felting techniques of yesteryear required using mercury nitrate to stabilize wool, and as a result of their occupation, many hatters fell victim to mercury poisoning.

A daily exposure to trace amounts of the metal eventually accumulated in their bodies, causing several adverse effects, and hatters often developed tics and twitches or even dementia.

Ultimately, this unfortunate characteristic of such professionals is what led to the phrase “as mad as a hatter.” Read more about the phrase in this article.

Of all the various types of felt available, the three most commonly used for hat-making are made from wool, rabbit, and beaver fur. Wool-felt feels rough compared to fur felts, although a wool-felt hat is typically warmer and more affordable.

However, rabbit and beaver fur produce an incredibly soft felt that easily lasts for 50 years, if not more. Beaver felt, in particular, is considered the “gold standard” in felt hat quality. It is soft and lightweight yet dense and resilient to rain.

All Angora rabbits are prized for their soft, fluffy fur. Through selective breeding, Angora breeders in the 1960s produced the German Angora Rabbit, capable of growing up to 1,000 grams (35 oz) of fur each year—that’s four times its English cousin.

Their coat is fine, long, and woolen, and rabbits must be sheared every three months. This abundant production of outstanding-quality hair often gets spun into yarn for textile production.

In the early 20th century, it was common for men to wear straw hats in the summer months. However, societal norms gave a cut-off date for the fashion. Like wearing white after Labor Day, it was considered faux pax to wear a straw hat after September 15th.

It was even acceptable to snatch a straw hat off a buddy’s head and destroy it if worn after the arbitrary date.

The date was nationalized to assist men in remembering the change and promoted in newspapers annually.

Felt hats have a rich and intriguing history. They have been the preferred hat par excellence for centuries, favored by royalty and average Joe’s alike. You can feel confident wearing a felt hat because it is always a good fashion choice.

Read more about the impact of water on felt hats in this article.