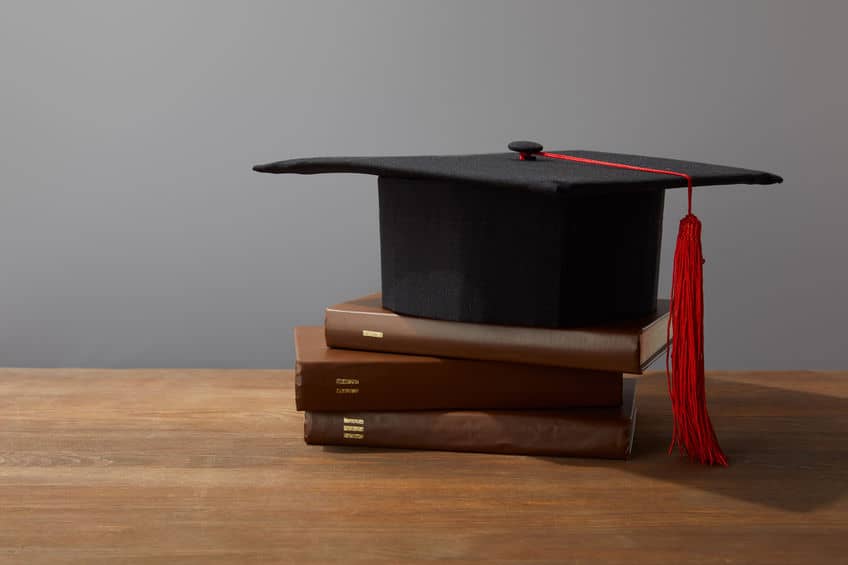 The graduation hat is a square academic cap worn when students graduate from educational institutions. The hat is a skull cap with a square board fixed on top.

This academic icon got its name from its resemblance to the mortarboard brick masons use to hold mortar. It has been suggested that the hat’s origins may stem from the Roman pileus.

The Pileus was a simple skull cap presented to free Roman slaves. The heads of the slaves were first shaved, then, they were touched with a rod called a vindicta and pronounced to be free. The pileus was placed on their head. Both the rod and cap represented the goddess of liberty.

The Graduation Hat Dates to the 15th Century

The origin of the hat in education has roots in religion. The first educational institutions had close ties to the Church. It is thought that the square shape developed from the biretta hats commonly worn by catholic clerics and scholars at the time.