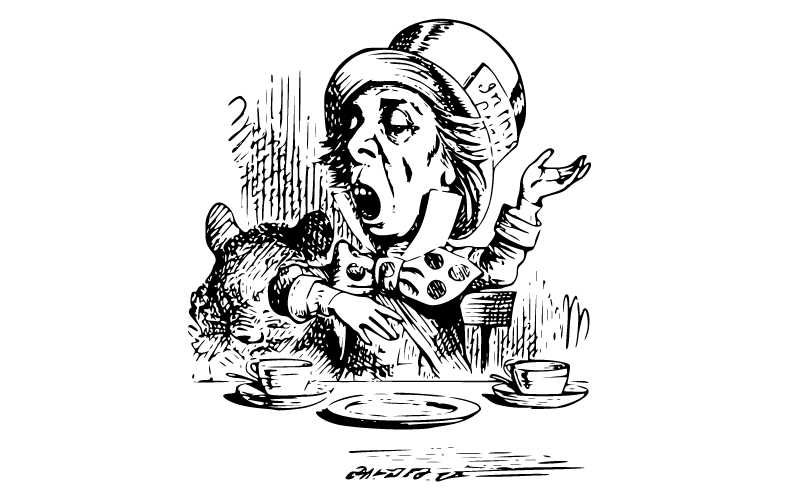 You may have heard the phrase “mad as a hatter” before. Even though the term is light-hearted, it has a rather dark history.

The term Mad as a Hatter comes from the 18th and 19th centuries. Many men who worked in the hat industry would suffer neurological disorders due to mercury poisoning. Mercury was a key chemical that workers used to convert animal fur into felts for hats.

If you have heard or even used the term “mad as a hatter” before, you might wonder where it came from. This article will cover what the term means and how it came to be, and we will discuss how it relates to Lewis Carroll’s Alice’s Adventures in Wonderland.

What Does the Term Mean?

The phrase “mad as a hatter” is a relatively light-hearted quip, yet it has serious undertones. The phrase refers to someone who appears to be going mad or insane. Since the 18th century, people have used the term in colloquial English, generally in friendly and informal settings.

The Phrase Originated From the Hat-Making Industry

During the 18th and 19th centuries, many men worked in the hat-making industry. The main chemical that was part of the manufacturing process was mercury, and the workers would use mercury nitrate to turn small animal furs into felts for hats.

While it was unknown then, mercury nitrate is very toxic to humans. Too much exposure to the chemical can cause different physical and mental symptoms that can imitate insanity.

Some symptoms of mercury poisoning include:

Both areas were prominent in the hat-making industry, as many men from these areas worked in hat factories, leading to more mercury poisoning cases.

Read more about mercury and hat production in this article.

Even though the term was coined during the 18th century in the hat-making industry, Lewis Carroll’s book “Alice’s Adventures in Wonderland” popularized the expression.

The book was published in 1865 and featured a character named Hatter. The Hatter character is very eccentric, and the book continuously refers to Hatter as “mad.” With his strange and seemingly insane behavior, people soon started to refer to the character as the “mad hatter.”

Check out Wisehouse Classics Alice’s Adventures by Lewis Carroll in Wonderland to learn more about the unique character.

The term “mad as a hatter” has a dark history.

In the 18th and 19th centuries, workers used mercury in hat-making. At the time, they were unaware that mercury was very toxic to humans. Too much mercury exposure would lead to symptoms of mercury poisoning.

These symptoms, such as hallucinations, tremors, speech problems, and mental health issues, imitated insanity. The phrase originated when people started to associate the mad-like symptoms with hat-makers.