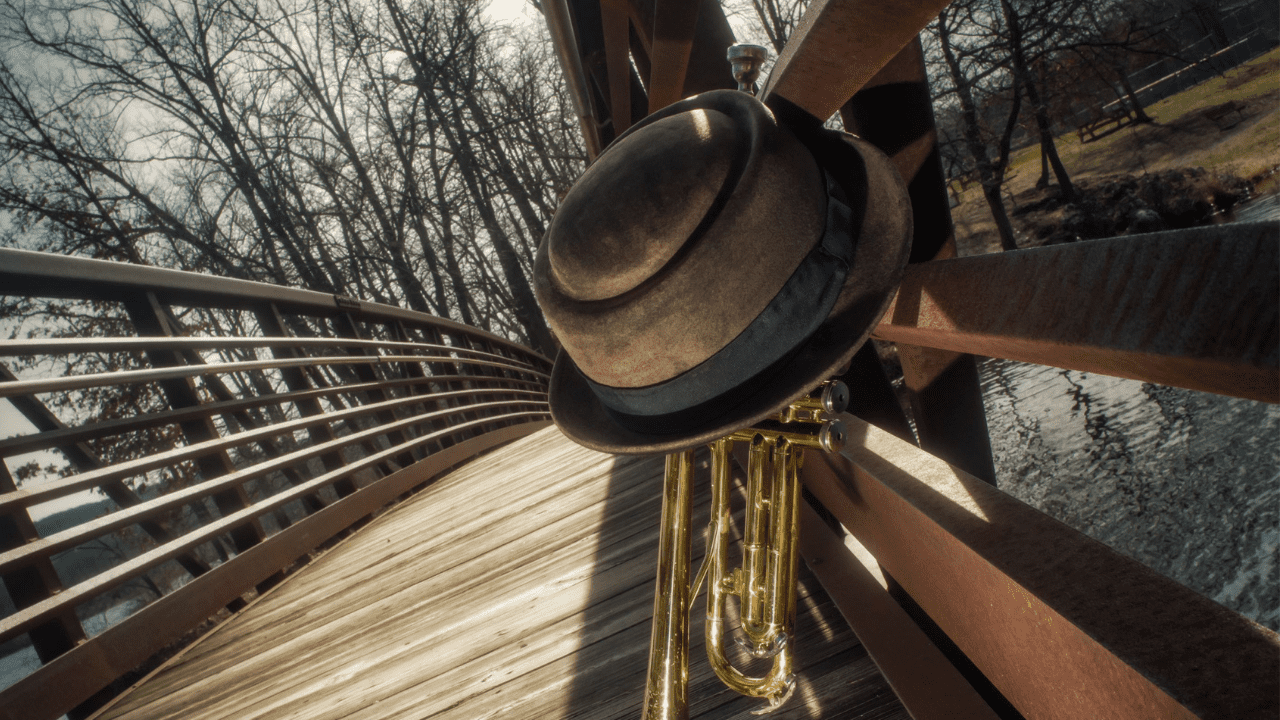 Most hats have common names that are easy to remember, such as the baseball cap. On the other hand, a select few classic hats have unique names, such as the pork pie hat. But how did it get its name?

The pork pie hat was named after a popular pork-filled pastry in the late nineteenth century called the Melton Mowbray pork pie. The hat adopted the pastry’s name due to the similarities in appearance. The pork pie hat has a lip on the outside of the crown, which resembles the pastry’s crust.

Whether you are a fashionista wanting to learn more about classic hats or somebody who is just plain curious, the name of this particular hat can spark curiosity in anybody. This article will describe what a pork pie hat is, when the hat came into existence, and how the pork pie hat got its name.

A pork pie hat is often mistaken for a fedora. Unlike the fedora, a pork pie hat has a flat crown with brims that are turned up. This hat style became popular in the mid-nineteenth century, and both men and women would wear it.

While the hat has been going in and out of style for several decades, celebrities of this generation have started sporting them (Justin Timberlake, for example). If you’re looking for an affordable pork pie hat, this cotton herringbone option is very popular on Amazon.

The Inventor of Pork Pie Hat Is Unknown

The pork pie hat first appeared in the mid-nineteenth century in Britain. Between 1830 and 1865, the hat was prominent in women’s fashion. A ribbon or hatband was usually wrapped around the area between the brim and the crown.

Although it is unknown who first invented the hat, Buster Keaton, the silent film actor in the 1920s, brought back awareness of it. He wanted to make a sturdy hat to accommodate his style of acting.

He did this by taking fedoras and hardening their brims with a sugar water solution. Throughout his acting career, he kept making the hats himself as they either got taken by fans or destroyed in the scenes he was filming.

The Hat Is Named After Melton Mowbray Pork Pie

The Melton Mowbray pork pie is a delicious pastry. It is filled with small, cut-up pieces of pork fat and pork and has a jellied pork layer surrounding the filling. It is finished with a water-based golden crust. The pastry is a small circular shape with a flat top and high crust.

You could spot pork pies in every nineteenth-century bakery, and they are still prevalent in the UK today. Many men would eat pork pie on their seasonal hunting trips since it was a quick and delicious meal.

Most pork pie hats have a small lip on the top of the crown, as featured below. People thought the hat resembled the pastry, so it adopted the name.

The Pork Pie Hat Has Another Name

Even though pork pie is the most well-known name for the fashion piece, people also call it the English pastry hat.

People drew so many similarities between the hat and pastries because bakeries were a staple shop in the mid-nineteenth century (much like they are today) and were very common in towns and cities.

Even in the nineteenth century, the concept of ‘fast food’ was a thing. Bakers learned how to mass bake pastries and would fill their shelves with all sorts of things. Since the Melton Mowbray pork pie pastry was very popular, it is easy to see how the names became popular.

Who Wore the Pork Pie Hat?

As mentioned, the pork pie hat was popular with women in the mid-nineteenth century. But who wore it when it got popular again? After Buster Keaton reintroduced the hat in his wardrobe, the fashion piece quickly became popular.

The hat was trendy in the 1930s during the Great Depression among college students. Soon after, celebrities of the time started to sport them, such as Fred Astaire and other musicians and Hollywood stars.

The hat was also a casual piece for sporting events such as golf and horse racing. The design also changed a bit during this period. While the brims were still turned up, the crown became slightly taller. Discover more intriguing facts about the pork pie hat here.