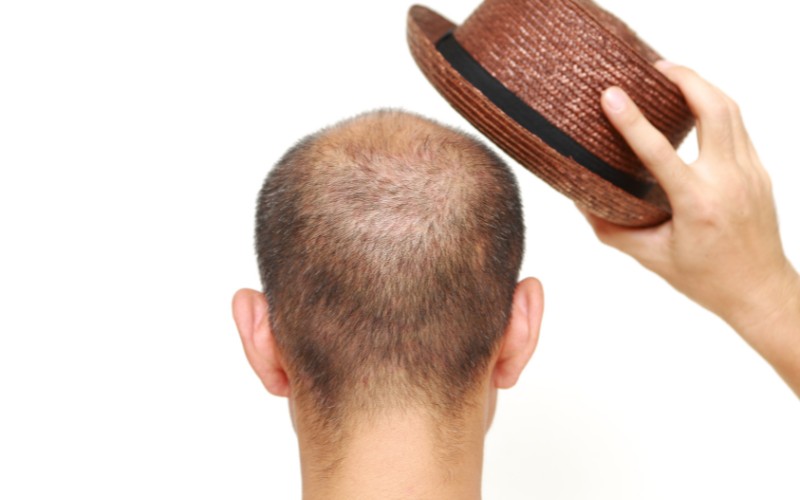 Rumors abound, suggesting that there may be a correlation between wearing hats and hair loss.

There’s no direct correlation between wearing hats and the rate of hair growth unless hats regularly pull on the hair.

The way your hair behaves is influenced by factors such as genetics and dietary habits.

So, if you’re an avid wearer of hats, you don’t need to fear for your hair’s well-being as long as you don’t wear hats that are too tight or pull on the hair repeatedly.

This article will debunk the myth that hair loss can be caused by wearing hats without mitigating circumstances.

Hats Do Not Affect the Rate at Which Hair Grows

Several rumors suggest that wearing hats frequently could slow or completely halt the rate at which hair grows. However, these claims are unfounded. Factors that can influence hair growth include genetics, hair care, and diet.

Another argument is that hair needs ample air supply to grow and thrive. There is no correlation between exposure to oxygen and hair growth. While hats can hinder air circulation toward the scalp, this bears no relation to hair growth.

This condition would only be caused by a hat continually pulling on hair. The normal use of hats will not cause this condition. The condition is far more likely in people who regularly tie their hair into tight ponytails.

Traction alopecia can gradually develop over time due to frequently wearing very tight bands or hats. Similarly, wearing your hair in a very tight bun or ponytail often could lead to gradual hair loss, directly resulting from constant tension being forced upon the hair follicles.

In addition to certain lifestyle choices, genetics is one of the most important factors in determining whether or not an individual would experience hair loss. Genetics also determines how quickly an individual’s hair loss may occur.

Many believe that since hats are often worn to hide baldness, the hat must be the reason for the baldness. However, there is no evidence to support the claims suggesting that a direct correlation between wearing a hat and hair loss exists.

Read more about the impact of hats on hair in this article.

Looking for some hat styles to wear with a bald head? Check out this article.