Skip to content
Home » Hat History » Wigs: Why They Were Fashionable 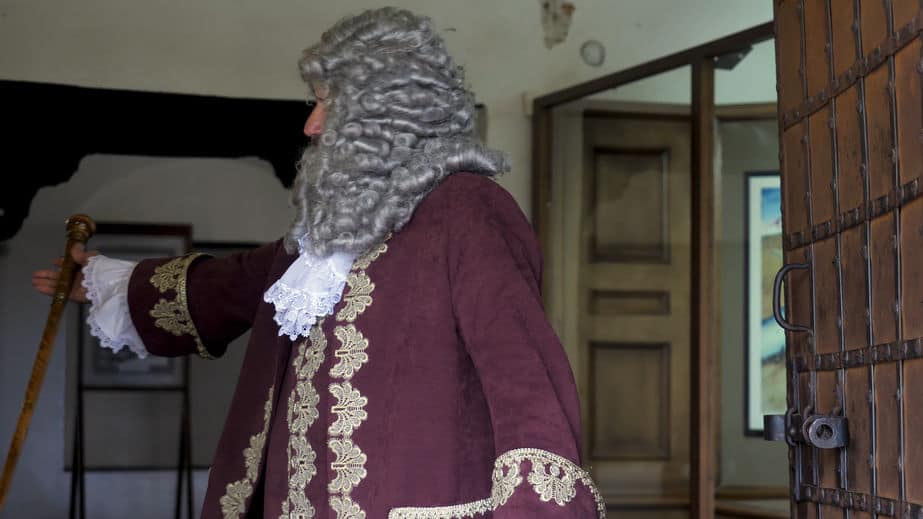 Wigs have existed in many different styles for thousands of years. Those most familiar with old-time movies and television depictions will have no trouble recalling the classic stereotype of the 18th-century judge, complete with a humongous powdered wig and a gown.

Wigs were fashionable in the past because they covered up baldness and sores caused by widespread syphilis in London and Europe during the 18th century. Wigs came to signify status and rank among society and were worn by judges, royal family members, and intellectuals.

The History of Wigs

The history of wigs dates back to 2700 (B.C.E.), when they were widely popular in ancient Egyptian society. Many Egyptian paintings and sculptures from the time depict both men and women sporting wigs. However, these wigs were much different from the ones most people would be accustomed to seeing today.

Wigs were a sign of high status in ancient Egyptian society. Typically colorful and decorative, complete with beads and braids, these wigs were made from human hair, sheep’s wool, and even fibers from plants and vegetables.

Another great and more practical use of wigs during ancient Egypt was that they also acted to protect bald heads from sunburn and overexposure. Discover more about hats in ancient Egypt here.

In Rome in the first century, wigs of great variety were also popular. These wigs would often be created from the hair of conquered people and worn as a trophy of war. These Roman wigs were often tall, curly, and colorful, attracting attention at social gatherings and public festivities.

When Did Wigs Become Popular?

In addition to ancient Egypt and Rome, wigs were popular for aesthetic purposes in Europe.

During the middle ages, cases of syphilis began to surge drastically. Syphilis ranges in severity and is ranked according to a three-stage system. More progressed syphilis cases can result in hair loss and sores, a reason wigs became so popular following the 16th century and peaking in the 18th century.

Another reason why wigs were commonly used during the 18th century was to prevent and eliminate head lice. Lice are parasitic organisms that live in human hair and cause extreme itching and irritation. Many people shaved their heads and compensated by wearing a wig to combat this parasitic organism.

Wigs indicated high status and financial prosperity because they were costly and time-consuming. Before mass production, wigs were made exclusively by hand, and as such, they required special skills to create. Even today, with all of our modern advancements in the industry, high-quality wigs are still not cheap.

Members of the working class, would not have had the financial means of attaining a quality wig. They would have had to use hats, caps, and hoods if they wished to conceal their baldness.

Famous People Who Wore Wigs in the Past

In the mid to late 18th century in Europe and the United States, wigs were fashionable for women and men. Some of the most affluent members of the ruling class prominently wore wigs during public appearances.

Some notable people include:

Interesting fact: George Washington, the first President of The United States, never wore a wig. Instead, he styled his hair in a manner that imitated the look of the powdered wigs in his day.

During the Renaissance era, it was common practice for men to play all the roles in a play. Women were prohibited from participating. This meant that men would often dress up as women, complete with the fashioning of wigs and dresses, and portray themselves in female roles on stage.

The is no doubt that wigs have played a significant role and function throughout history.