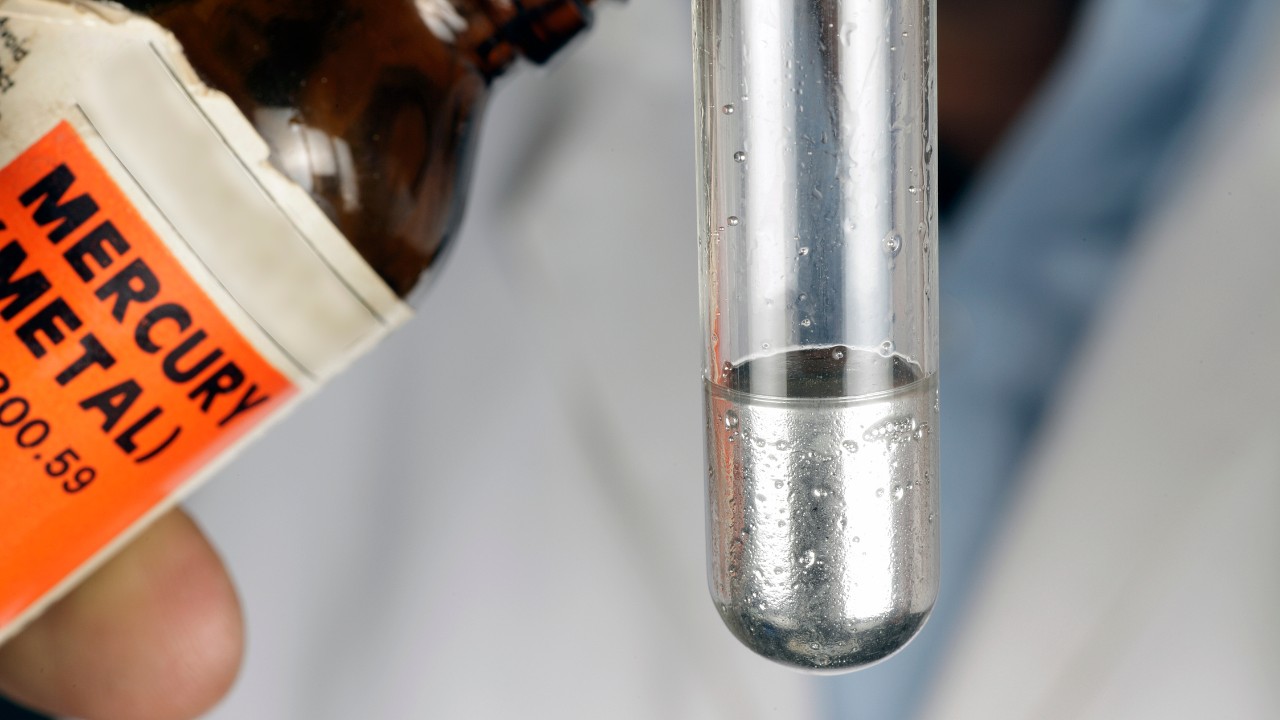 Over time, hat makers experimented with different materials to improve the quality of their hats. Mercury was used to produce hats until it became linked to some dire and unexpected consequences.

Mercury made the felting process in hat production more efficient. The compound used to moisten the fibers was Mercury Nitrate, a process known as carroting. It produced a superior-quality felt, which in turn, resulted in higher-quality hats.

The Curious Case of Mercury in Hat Making

The story of mercury being used in hat making is an unexpected one.

By the 17th century, the growing demand for hats necessitated mass production, and being a milliner became a lucrative business. During the 19th century, felt hats, in particular, became very popular in North America and Europe.

Hat makers started experimenting with a variety of production methods, including the use of camel hair. Over time it was found that hair soaked in camel urine was far easier to work with. The nitrogen in the urine worked to disrupt the fur’s chemical bonds.

The breakthrough that led to the use of mercury happened in France when workers started to use their own urine rather than camel urine. Crucially, it was noticed that one workman was consistently producing a superior felt.

What was it in his urine that was having this magical effect? It turned out that he was being treated with a mercury compound for syphilis. He was taking mercurous chloride (HgCl) as medicine.

As a result of this breakthrough, people started using an orange-colored compound known as mercuric nitrate Hg(NO₃) in place of urine to produce superior felt.

A Story of Human Suffering

Turning the fur into a finished hat was a complicated process. Usually, with cheaper fur, a solution of mercuric nitrate was applied to toughen the fibers and allow them to mat together more efficiently. This process is called carroting because the fur would turn orange afterward.

Hat makers had to use beaver, rabbit, or hare fur to produce high-quality felt. Beaver fur has natural serrated edges, making this step unnecessary and a preferred fur for making hats. But given its scarcity and cost, cheaper furs that required carroting had to be used.

After carroting, the fibers were shaved off the skin and made into felt. The felt was later dipped in a boiling acid solution to harden and thicken it. The last step was to shape the hat by steaming and then ironing it.

During this process, hat makers typically worked in workshops that were not adequately ventilated. Consequently, the vapors would concentrate over time.

The workers would breathe in the mercury compound, leading to mercury poisoning.

In some extreme cases, the victims also experienced hallucinations, delusions, and extreme paranoia. Workers were suffering tremendously and could do nothing about it.

Mad as a Hatter and Other Phrases

Danbury, Connecticut, was the hat-making capital of the world in the 19th century. It was also known as The Hat City. Fifty-six different hat-making factories produced over five million caps per year.

Consequently, mercury poisoning was widespread in the city. People referred to this ailment as The Danbury Shakes. Near the end of the 19th century, Hatter’s Shakes also became a term to describe the intense muscle spasms and tremors seen in hat makers.

Most of us are familiar with a character known as the Mad Hatter. This eccentric man was featured in Lewis Carroll’s 1865 novel Alice’s Adventures in Wonderland.

Carroll did not invent this phrase as the term was commonly in use.

The character is widely associated with the effects of long-term mercury exposure on physiology and behavior.

Those suffering experienced extreme paranoia and wandered about in a confused state, often mistaken for drunks. Read more about the origins of the phrase here.

Mercury poisoning was noted in medical literature for the first time in 1860. For the next few decades, the Connecticut State Board of Health kept an eye on the effects of mercury.

However, they didn’t take any action mainly because the carroting process only affected the workers and not the general public’s health.

In 1919, a socially prominent doctor Alice Hamilton, MD, of Harvard University, studied the conditions of hat-making factories. She produced a report in 1922 detailing the effects of mercury poisoning.

After intense objections from the hatters’ labor unions, another major scientific study was performed in the 1930s, and mercury poisoning in hatters was documented.

Finally, on the 1st of December 1941, the governor of Connecticut officially banned the use of mercury in hat making. At that time, 10% of 22,000 US hat makers suffered from mad hatter syndrome. The ban was celebrated for many years.

Mercury was replaced by hydrogen peroxide (H2O2), which was much less dangerous and slightly less expensive.

The last recorded case of the mad hatter disease was in the early 1940s.

Many love the character Mad Hatter from Alice in Wonderland, but few know the story of suffering behind the phrase.