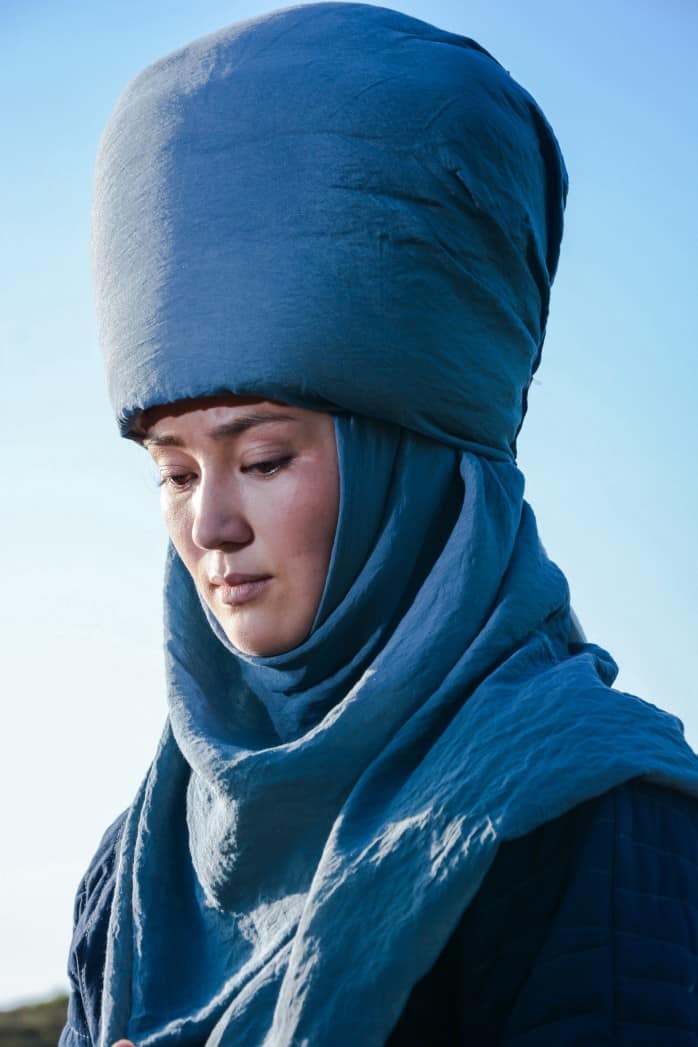 Kyrgyzstan has a few different hats that are used to express the people of Kyrgyzstan’s cultural and religious identities. The hat that is most central to Kyrgyzstan culture is called the Kalpak which dates back to the fifteenth century.  The Kalpak is only worn by men. Other hats like the Elechek, Jooluk, or Shokulo are traditionally worn by women.

1: Kalpak hats are designed with symbolism and have many different variations and meanings.

A popular variation of the high-crowned cap is called the Ak (white) Kalpak. The shape of the hat is in a cone which stands for the snow-capped peaks of the Tian Shan Mountains in Kyrgyzstan.  The hats have added trim colors such as red, brown, or black depending on how old the wearer is. Children have red trim whereas older men have brown or black trim. Kalpaks can be decorated with embroidered ornaments which could symbolize the wearer’s wealth status.

2: There is a holiday centered around Kalpak hats.

Implemented officially in 2016, Kalpak Day is a national holiday celebrated in Kyrgyzstan on March 5th. There are big parades and celebrations.

For young women in their first two years of marriage, a white Jooluk is worn. This is a scarf tied from the forehead around the back of the head. An Elechek later replaces a Jooluk for a married woman and traditionally is worn until her death, only removing it at night. Nowadays, however, it is worn for national holidays and events. For special occasions like a traditional wedding, a Shokulo is worn made from furs and felt and can be dressed in embellishments to ward off evil spirits.

4: The Kalpak has been approved by lawmakers to be a national symbol.

Kalpaks are set to become a national symbol of Kyrgyzstan along with the flag, anthem, and coat of arms. This would ensure that they are treated with the utmost respect and implement rules around selling or manufacturing them. It would also require certain individuals to carry the Ak Kalpak at official ceremonies across the globe.

Kalpaks are treated with the absolute best care as they are seen as a sacred symbol of Kyrgyzstan culture. The hats should never get dirty and cannot be thrown or damaged. Kalpaks should always be taken off with both hands. Kalpaks can only be handed down from father to son, they should never be sold or given away.