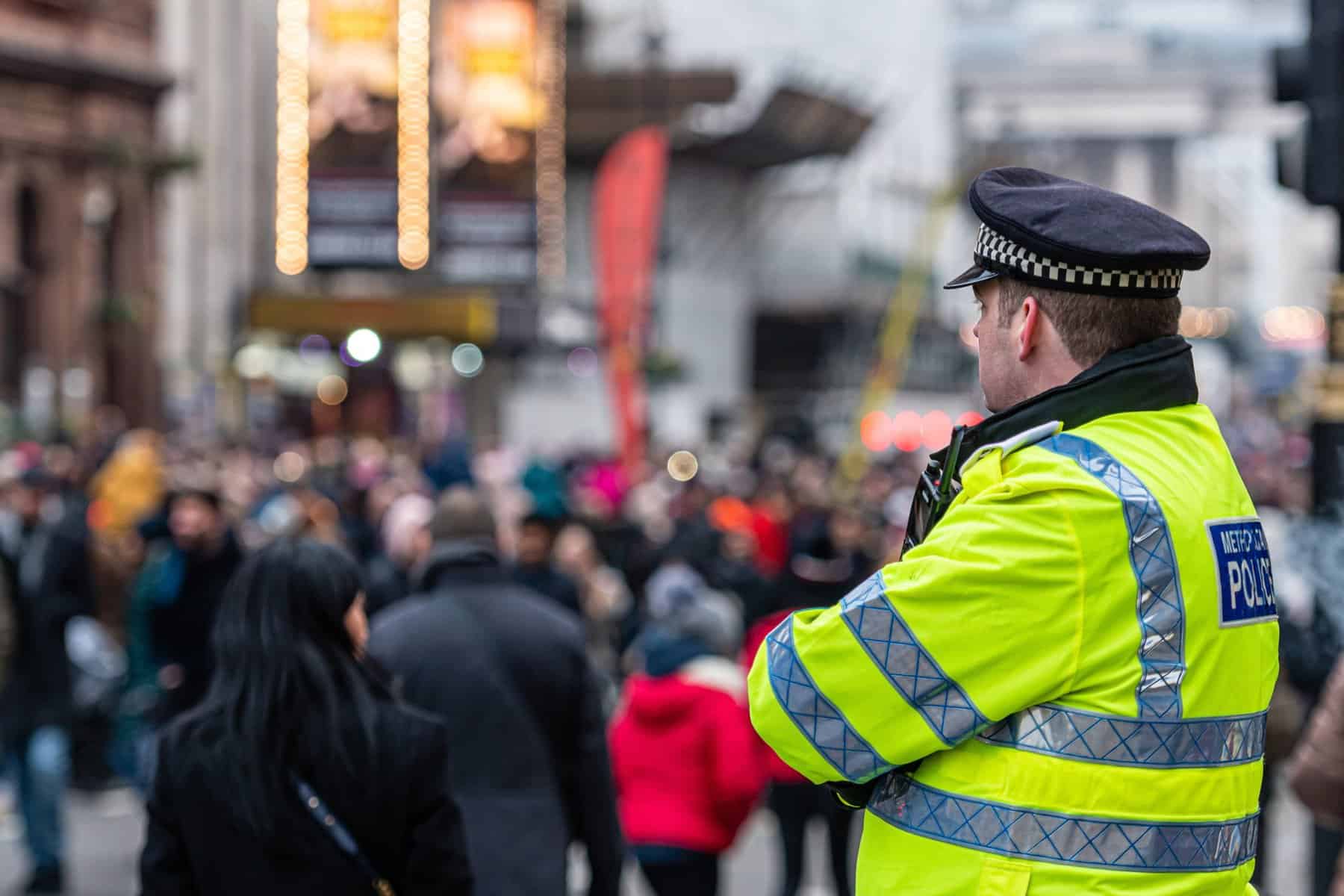 Police officers wear hats for identification, status, protection, and because of tradition.

Police officers wear hats to identify themselves. Instantly recognizable, they denote a sense of authority. A reason hats are also prevalent in the military.

They enable police officers to be recognized in a crowd. Different divisions may wear different styles or colors of hats, which allows for easier identification.

Many hats evolved for this very reason. The top hat, one of the first hats worn by professional officers, was not worn for practical reasons as much as for the status it bestowed.

With the professionalization of police officers, the discipline and training associated with the military brought with it the tradition of wearing formal hats.

As with any job, workers face some danger, especially police officers. Many of the hats worn by police are hardened in some way. The use of bump caps is increasingly popular among police forces worldwide.

These baseball-style hats have high-density shells that absorb shocks. These designs offer practical headgear to officers while maintaining the function of identification.

The more informal wear is not without its critics, not least because traditional hats are regarded as smarter and professional in appearance.

Protection from the Elements

Police officers have to be outside in all weather and all seasons. There are times when hats will provide a very functional role. Hats provide essential protection, whether in the cold, rain, or sun.

Keeping the sun out of the eyes of an officer on duty can also be vital.

London’s first professional police officers wore top hats as part of their uniform. The top hat distinguished the officers and enhanced their presence by making them taller.

This tradition can still be seen today in the police hats worn by officers in the UK. The custodian helmet replaced the top hat in 1863. A style that still maintained the height of the top hat.

In some states, officers wear cowboy hats, such as in Texas, fitting with the traditional headwear of law enforcement.

Police officers wear hats for a variety of reasons, including identification purposes and protection against the weather. Associated status and tradition go a long way in explaining the uniforms worn by officers today.