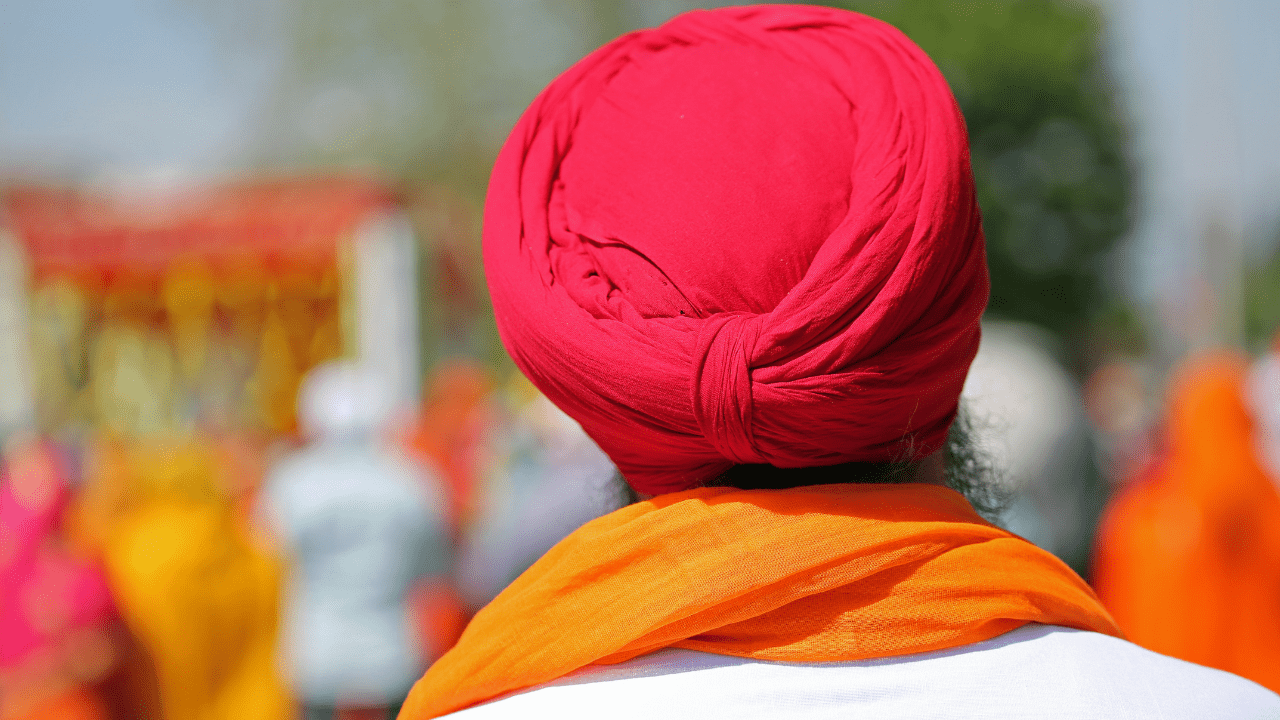 Turbans have been associated with many religions throughout history. Different faiths have incorporated their own variations of the turban and significance for wearing them. However, since not all turbans are the same, it may leave you wondering, who wears turbans and why?

People wear turbans for religious purposes as a sign of respect to their faith, and for traditional reasons to showcase their cultural identity. Turbans are often associated with Sikhism and Islam because many followers wear them regularly. At the same time, turbans are also worn as fashion symbols.

To learn more about the religious reasons people wear turbans, why they were worn historically, and why they’re still worn today as part of cultural attire, read on.

The Turban Is Worn in Religious Practices

The turban has played a historically significant role in religious dress. It has been used in most major religions to some extent, from Christianity to Islam to Judaism. It is also commonly worn by Sikhs, or those who practice Sikhism. Every religion customizes the turban accordingly to accommodate their spiritual beliefs.

If you see someone wearing a turban today, there is a good chance he is a Sikh. While the Sikh religion began in northwestern India, its communities can be found worldwide. There are large Sikh communities in both the United States and the United Kingdom.

One major reason for Sikhs to wear a turban is as a symbol of their faith. The religion has strong values, with equality among all humans at its core. Since the turban has historically been used to signify what class you belonged to, the Sikhs have reappropriated the turban to belong to everyone. Within the Sikh community, there is no distinction drawn between social class or status. Everyone is encouraged to wear a turban.

Sikh women can choose to wear a turban as well, but it is more commonly seen among Sikh men. Women may opt to use a long scarf instead. In this religion, it is considered a sign of respect to cover your head when out in public. Scarves or turbans can accomplish this objective.

You can see Sikhs wearing turbans of all different colors. While some colors correspond to different events, such as a red turban for Sikh weddings, the color is usually chosen by the wearer. It is not uncommon for Sikhs to have many different color options to match different options. Depending on their personality, they may just have one go-to color that they tend to wear every day.

For Sikhs, the turban represents each person’s own divinity and higher self. Wrapped around the crown of the head, it is viewed as a sacred object that helps externally represent Sikh faith and beliefs.

In Islam, Turbans Are Worn to Carry On Tradition

You can also find turbans used throughout the history of Islam. Muhammed the Prophet was believed to have worn a turban so the practice, therefore, remains customary with Muslims to this day. Different sects of Islam also have varying views on wearing the turban. Shi’a Muslims tend to view it as a traditional practice, so will incorporate it into their religious attire as a sign of respect.

The Muslim world encompasses many countries and cultures that span across Europe, Africa, Asia, North America, and South America, which means turban styles, patterns, and designs vary too. Every smaller community has its own traditions for how they integrate the head wrap into their attire and the materials used to create it.

Colors and fabrics can range based on location, availability, and what’s popular in that area. This means that many turbans will often look different, even when worn by followers of the same religion.

Unlike the Sikhs, where you may find men or women wearing turbans, it is usually only Muslim men who are found wearing turbans. Women will traditionally cover their heads using a hijab, the name given to a traditional headscarf.

Many Religions Utilize Some Form of Turban

The number of faiths that have used a turban throughout history is quite extensive. Sikhism and Islam are two of the more prominent religions that use turbans, but they are not the only ones. When it comes to the turban being used in religion, it often relates to the idea of personal divinity. The turban has been used as a symbol to show people’s commitment and connection to their faith.

For this reason, it can be hard to tell what religion someone belongs to if you see them wearing a turban.

The crown of the head has often been depicted as the most spiritual part of the body. When looking at the chakra system, or energy points in the body, lower chakras represent more bodily or animalistic needs while the higher chakras deal more with enlightenment and spiritual connection. The crown chakra is located at the top of the head, and it is here that people wrap their turbans.

Historically, wearing a turban could also tell a lot about your social status. Simply wearing the turban or donning a particular color could share information about your status before saying a word. Before the 16th Century in India, wearing a turban was the mark of high social class. Only the elites were allowed to wear turbans, making their status easily recognizable in public.

Traditionally, we can see the turban used to mark religious scholars and other men of prestige in the religion. However, this idea is also subverted in the Sikh religion, where all Sikhs are encouraged to wear a turban. Their rebellion against the idea of separating people and commitment to equality for all is one reason Sikhs wear turbans.

Turbans Are Part of Cultural Fashion

Another place you will commonly find a version of the turban worn is throughout Africa. African women have worn colorful, printed scarves wrapped around their heads in a turban style for generations. You can see these beautiful head ties across the continent of Africa and other places with large African communities, such as the United States, South America, and the Caribbean.

These scarves are typically wrapped and twisted ornately around the crown of the head. This style of turban offers its wearer protection from heat and direct sunlight, but has a deeper significance as well. It originated in sub-Saharan Africa, where it was linked to spirituality and social life.

The way the turbans are tied can indicate if a woman is married or single. The materials used and manner of wrapping can make a statement about a woman’s social status. Her choice of color and pattern can also be a fashion symbol, or a nod to traditional and cultural practices.

These scarves also hold a special place in the history of African women. When Europeans arrived and began colonizing, they often forced native Africans to conform to European beauty standards. The head tie was a distinctly African tradition, and the women refused to let it be lost. These headdresses represent the bravery and strength of the women refusing to submit to colonization.

The turban has seen many variations throughout history, many of which are still visible today. For some, the turban is an integral part of their religion. For others, it is representative of their heritage and the strong women that came before them. These are some of the many reasons someone may choose to regularly wear a turban.