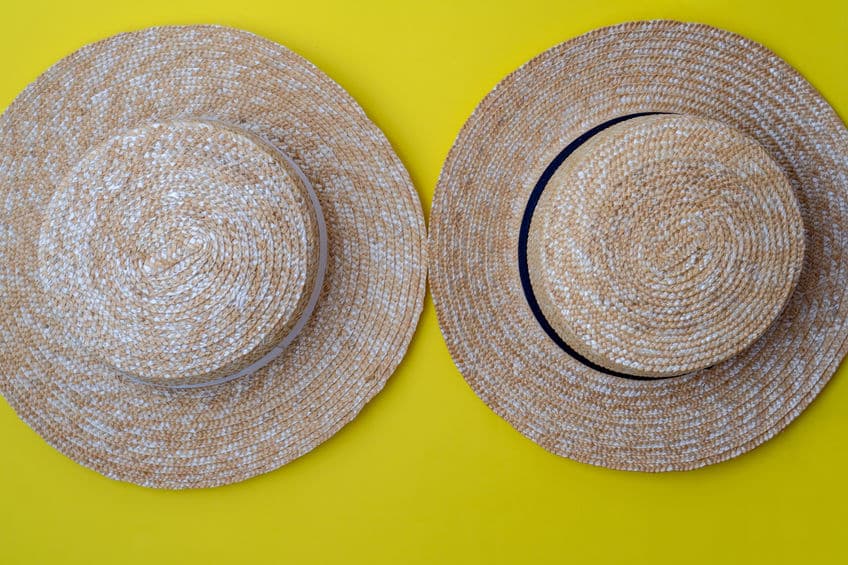 Boater hats, also known as the straw boater, are semi-formal hats typically worn by men in the summertime and became popular between the late 19th and 20th centuries.

With their roots in the Gondolier hat worn in Venice, these stiff straw hats with their signature flat tops are ideal for when on the water.

Today, men, women, and children wear various styles and colors of boater hats. They are so stylish that even royalty wear them, but that’s not the only intriguing fact about boat hats.

In the late 19th century, students were required to wear boater hats as part of their school uniforms. The hats looked good, and they weren’t too formal. The hats were worn in British independent schools. Some schools still have the hat as part of their uniform, including the prestigious Harrow school.

The prestige associated with the straw style returned once again at the end of World War II, when Britain’s most renowned public school, Eton College, adopted the boater as part of its uniform.

Quickly, other wildly reputable educational institutions followed suit, and the boater had become a shiny symbol of class.

If you have been to Venice and taken the Gondola, you would have noticed the gondoliers wearing boater hats. In Venice they are known as the canotier. Gondoliers typically wear striped shirts and a boater hat when on duty.

Boater Hats are the Unofficial Hat of Political Conventions

Boater hats are often worn at political conventions. In 1932, Franklin D. Roosevelt was seen in a boater hat at the Democratic National Convention in Chicago.

When Hawaii Sen. Daniel Inouye arrived at the Democratic National Convention in 1968, he was greeted at the airport by the Chicago Host Committee, who wore boater hats.

In 1976, Jimmy Carter’s supporters were seen in boater hats on the last day of the 1976 Democratic Convention in New York City.

Most people wearing boater hats at the Bull Moose Convention, 1912

Men would swap their winter hats for summer boater hats, typically during Straw Hat Day. The date of when Straw Hat Day begins may vary by place, but usually, it happens on the second Saturday of May.

In some places, young men would gather their summer straw boater hats and destroy them when Felt Hat Day begins in the fall.

In 1922, people in New York City got into a riot known as the Straw Hat Riot. This occurred when overzealous people knocked the straw hats off those still wearing one after the end of the season. Many people got injured during the riot, with some getting arrested.

Coco Chanel, one of the world’s most renowned fashion designers, favored the boater. In the early 20th century, she designed boater hats for women. Today, you can find stylish Chanel boater hats for men and women made of hemp, wool, and more.

Royalty like Princess Beatrice have been seen in a boater hat. The princess attended a formal event wearing one and paired it with an elegant blue clutch bag and high-heels. Alizee Thevenet, James Middleton’s girlfriend, was also spotted in a boater hat when she arrived at the St. George’s Chapel in Windsor.

Read more about hats popular with royalty in this article.

Boater Hats Have Lived Through the Ages

You don’t always see people wearing boater hats because they are usually worn only in the summer. Even so, they are not always trending in the summertime. However, that does not mean that boater hats are forgotten and irrelevant.

Boater hats have lived through the ages and are worn as the go-to head accessory on various occasions. In the 1930s, they rose to fame as sportswear, so at the time, many would wear them for outdoor activities like cycling, horse riding, and hunting.

You can still spot them at open-air cafés, outings, and boat parties in the summer and in theaters. There are some popular options available on Amazon.

Although boater hats aren’t as popular as they used to be, they are still relevant today. From Gondoliers to school kids to royalty and top fashion designers, the boater has undoubtedly made an impact.

Read more about the origin of the boater hat in this article.