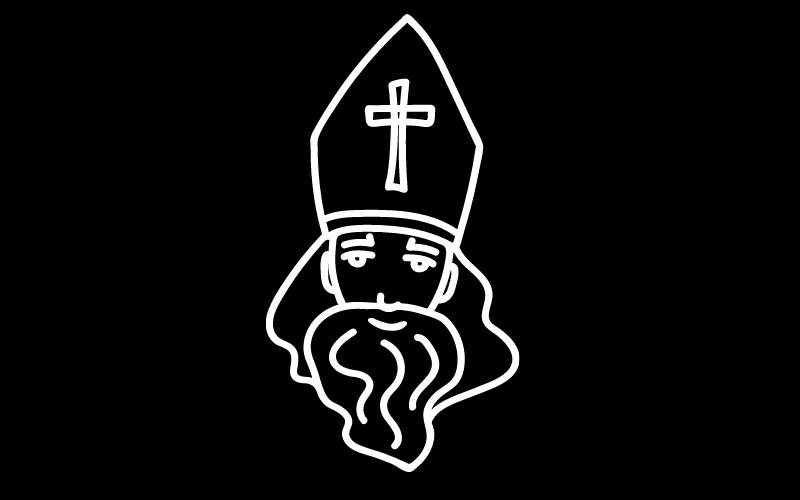 Miter hats are formal headgear that many bishops wear in the Christian church. They usually have very tall crowns and are often decorated with gold thread. Let’s take a look at some interesting facts about the unique hat.

Miter hats first appeared in the 11th Century. By 1150, it was considered a standard practice for popes to wear the ceremonial headpiece.

Some clergy members, such as bishops and archpriests, wear miter hats in the Orthodox church, symbolizing a certain standing or position within the community.

Many people are familiar with the unique look of miter hats but don’t know much about them. This article will cover five intriguing facts about the hats, including who wears them and what Century they emerged. Let’s get started.

The Clergy of the Orthodox Church Wears Miter Hats

In the Orthodox church, certain clergy members wear miter hats as a part of their ceremonial dress. Members of the clergy wear them because the hat symbolizes a certain standing or position of religious officials.

Most bishops wear the hat, but some archpriests, archimandrites, and proto presbyters wear them on occasion.

The Miter Originated From the Camelaucum Headdress

The camelaucum headdress is the headpiece that the modern miter stemmed from. The camelaucum goes back even further than the miter; officials and leaders of the imperial Byzantine court often would wear the ancient headdress.

Furthermore, historians can trace the camelaucum back to headpieces from the Graeco-Roman world.

Experts Traced the Miter Back to the 11th Century.

The unique ceremonial hat has roots as far back as the 11th Century.

The first appearance of the miter was in two miniatures, artifacts from the 11th Century. In the year 1049, Pope Leo IX’s decree mentioned this hat, and this headdress soon gained popularity. By 1150, popes across the West wore miter hats with ceremonial uniforms.

The Miter Was Decorated Differently With Time

As trends and fashion would evolve through time, so did the miter hat. Bishops often decorated the hat with jewels and elaborate thread, but the hat’s look would depend on the Century.

Some miter hats were taller during the baroque period and had more intricate patterns with jewels and gold threading.

The clergy wears three different styles of the miter hat for various occasions in the Roman Catholic Church.

The first one, called the simplex, is a simple white linen hat worn on funerals and Good Friday. The auriphrygiata is a gold hat or a white hat with gold accents. Bishops will wear this hat at the celebration of the sacraments. Finally, the pretiosa is a more elaborate hat decorated with stones and gold. Bishops will usually wear these hats on principal days of mass.

Mitre hats are unique and have a rich history in Christian culture. Experts have traced the hat back to the 11th Century, where it first appeared in two ancient miniatures. Pope Leo IX also mentioned miter hats in a decree.

There are three main styles of the miter hat that bishops wear on different occasions. Some styles are plain white hats, while other styles include more intricate ornamentation.

To learn more about the Christian church’s different ceremonial fashion pieces, check out Church Vestments: Their Origin and Development on Amazon.