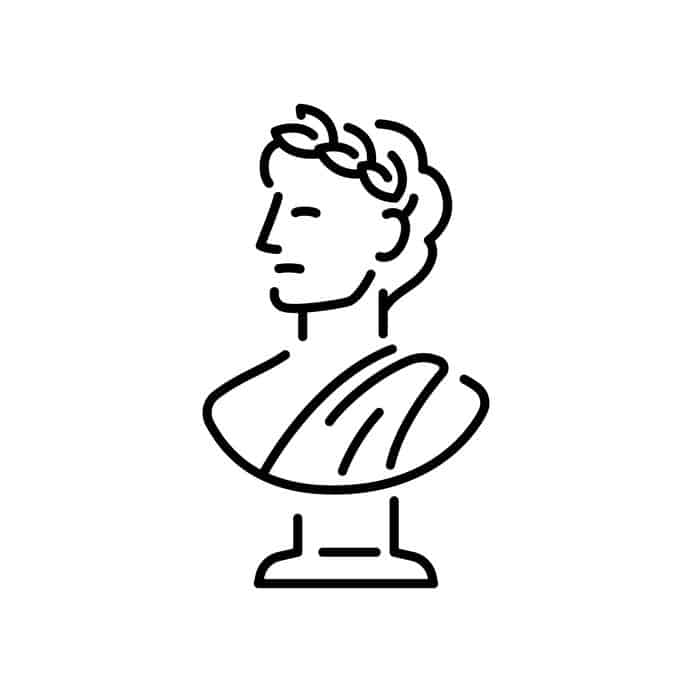 When Romans are portrayed in movies and history books, they almost always wear tunics, sandals, or maybe a toga.

However, they are rarely (if ever) shown with hats on their heads. So, that may leave you to wonder, did Romans wear hats? Keep reading to find out!

While Romans did wear hats, it was uncommon. Typically, enslaved people would wear caps as a sign of their freedom. Additionally, outdoor laborers would wear hats to protect themselves from the elements. The higher class only wore hats while traveling, hunting, or attending the theater.

Next, we’ll discuss whether or not it was common for Romans to wear hats and some alternatives they wore instead. Then, we’ll examine which Roman society members wore hats and why they wore them.

Was It Common for Romans To Wear Hats?

While some Romans wore hats, it wasn’t widespread. They preferred wearing other head coverings instead (or nothing at all). We’ll go over these below.

Upper-class Romans would wear hooded capes called paenula to protect their heads if there was a sudden shower. If they happened to go without their cloaks one day, they would pull their togas over their heads to avoid getting wet. Today we might call them ponchos.

In Ancient Rome, it was common practice for high-class women to wear veils. During this period, intricate hairstyles were very in fashion. Wearing a hat would have messed up these ladies’ extravagant hair-dos, so they opted to wear veils to protect their heads instead!

People in the lower class also didn’t wear hats very often. Enslaved people in Roman times weren’t allowed to wear hats because covering their heads was against the rules.

While hat-wearing was uncommon, it did happen on occasion. Below, we’ll go over who wore hats back in ancient Rome.

While hats were generally not a big deal in ancient Rome, they were essential to formerly enslaved people since they symbolized their freedom from enslavement.

When enslaved people were freed, they would go through a ceremony where a praetor (a government official in Ancient Rome) would touch them with a special rod called a vindicta and announce their freedom.

Then, the enslaved people’s heads would be shaved, and a special cone-shaped hat called a pileus would be bestowed upon them. This hat was a symbol of Libertas, the goddess of liberty.

Many lower-class Romans worked outside as shepherds, fishermen, farmers, and hunters. To protect themselves from the blazing sun, they would wear a brimmed hat called a petasus. Generally, petasus were made of straw, leather, or wool felt. 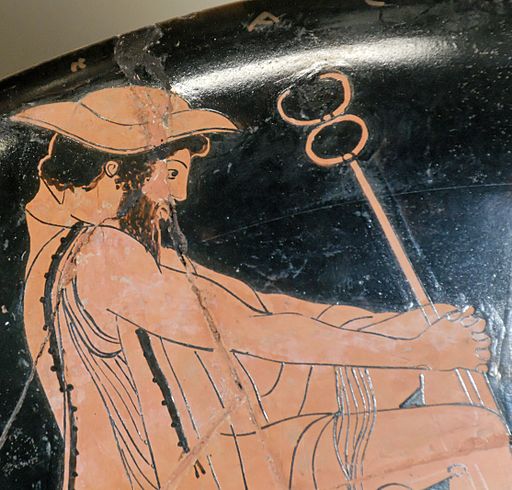 Upper-Class Men While Travelling, Hunting, or at the Theater

Upper-class Romans would also wear the petasus, but only on rare occasions.

One of the main reasons the higher class wore this hat was to protect themselves from the sun when traveling on long journeys or when they went on hunting excursions.

Additionally, the upper class would wear the petasus when they went to the theater. The third Roman emperor, Caligula, first permitted Roman senators to wear hats while watching performances to make them more comfortable during the long sagas.

In Ancient Rome, certain priests called the flamines were required to wear a hat called a galerus. The galerus was a rounded cap made of sacrificial animal hide.

The flamines were not allowed to go in public without their caps on. In one case, a priest named Sulpicius’s priesthood was taken away because his apex fell off his hat while making a sacrifice. So, the Romans took these hats very seriously! 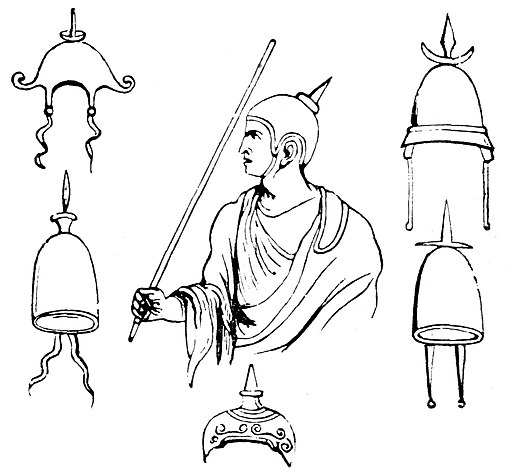 As you may have guessed from watching The Gladiator and other military films set in Ancient Rome, Roman soldiers wore helmets during battle.

Initially, they were made of bronze, but this material did not adequately protect them from the barbarians’ swords, so they switched to iron helmets.

Other than helmets (not precisely hats), Roman soldiers also wore a flat-topped cap called the Pannonian cap (or the pileus pannonicus), which looks very similar to modern-day pillbox hats.

While this cap is best known for its use by the military, some non-military bureaucrats also wore this style.

While Romans wore hats, it wasn’t widespread. When they did, it was typically to protect themselves from the elements. Additionally, freed slaves wore hats as a symbol of their liberation.

Some priests, the flamines, were required to wear hats for religious purposes. Roman soldiers wore a special kind of cap as part of their uniforms. So, while hats weren’t a regular part of Roman attire, they were worn on occasion!

Read this article about hats in Ancient Egypt.