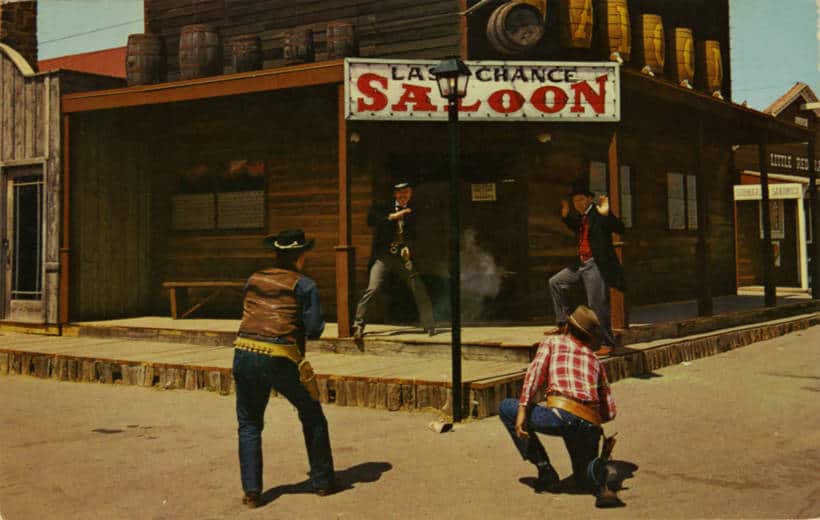 When it comes to thinking up classic Western icons and their cowboy hats, Doc Holliday certainly makes the list. With his wide-brimmed, traditional cowboy hat, he became one of the most well-known Old West figures, having been depicted and discussed widely in pop culture.

This article will discuss some more details about the facts above, continuing to explore Doc Holliday’s favorite accessory! Keep reading to find out more.

1. The Doc Holliday trademark was a hand-curled brim

Though Holliday’s hat can very well be described as a classic Western, it had a specific flair that became known by many as the gunslinger’s particular style. The black hat contained a curl on one side of its wide brim. Although there isn’t a wealth of information on where Holliday specifically purchased his hats, expert recreations of the item contained this indispensable detail.

2. Today, actor Val Kilmer still sells a “Doc Holliday” hat, a classic item from one of his esteemed roles in film

Amongst other historic roles in his career, Val Kilmer’s portrayal of Doc Holliday in the movie Tombstone received high praise. Beyond the jaw-dropping performance, other aspects of the film (like the iconic accessory) caught the public’s eye – especially those who were fans of Holliday himself. Decades after the success of the film, Kilmer has still periodically sold the item on his website.

The gunslinger’s hat was expertly recreated for the film by hat maker Tom Hirt, the same milliner who collaborates with the actor on his collection today! The hat sells for USD $895.

3. Holliday’s legendary hat – along with his life – has been repeatedly represented in film and television.

Though one of the most famous, Tombstone is not the only Hollywood production that Doc Holliday’s accessory has been featured in. While his hat doesn’t get any special attention during its time on screen, it’s clear that it is still absolutely instrumental to any Holliday depiction. The hat even makes an appearance on the supernatural Western horror show Wynonna Earp, though it is less historically accurate than Kilmer’s costume.

4. The gunslinger’s particular hat choice may have reflected his Southern upbringing.

Despite certainly having the short temper required to get himself involved in multiple shootouts over the years, Doc Holliday has been repeatedly described as having been brought up as a Southern gentleman. Born in Georgia, Holliday had a close relationship with his mom, who is said to be responsible for making sure her son learned proper manners and etiquette. His childhood, then, might explain the personal, stylish hand-curl on the brim of his hat, elegantly and subtly differentiating Holliday from his peers.

Hirt’s work in film over the years made him popular with other public figures. Ronald Reagan was famously also known for his love of classic Western hats – it’s no wonder he personally called Hirt one day and ordered two new hats from the Hollywood hat maker. The presidential order speaks to the milliner’s true expertise and well-earned name within the hat industry.