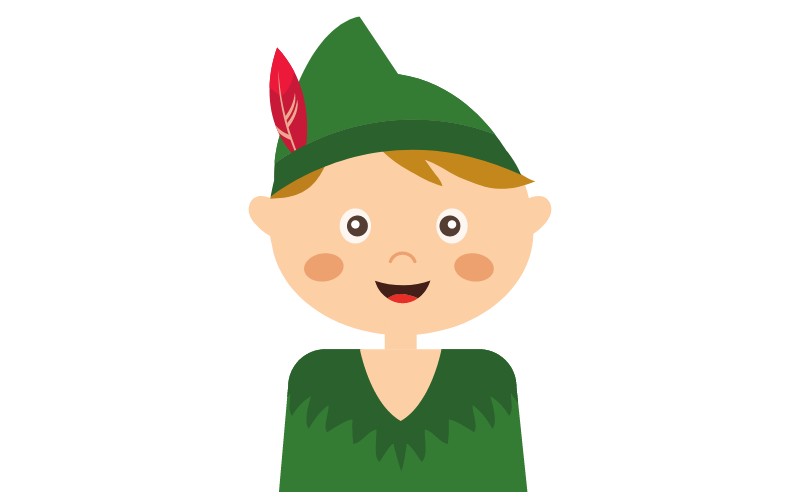 The type of hat Peter Pan wears is called the tyrolean or alpine hat, which has roots in German culture. Peter Pan’s signature hat originated in the Alps and is similar to the Bavarian or Fedora hat.

This article will identify what type of hat Peter Pan wears in addition to learning what some of the most similar styles are and where to find them today.

What Is an Alpine Hat?

Peter Pan wore an alpine hat, a traditional German hat that first appeared in the early 19th century as a costume piece. The hat is constructed of felt and has a colored band and a feather or flowers as an accent.

The later hat style, called the homburg, was heavily inspired by the main attributes of the original alpine hat. In the 1960s, the alpine or tyrolean hat became recognized as a symbol of tourism and is often worn in certain ceremonies that call for traditional village dresses.

What Are Some Similar Hat Styles to the Alpine Hat?

The alpine or tyrolean hat style has deep roots in predominantly German culture. For that reason, a few traditional German hat styles are, at their core, variations of the original. Two examples are listed below:

Where Can I Find Alpine Hats?

Do you want an Alpine hat for a special occasion or as part of your wardrobe? There are several ways to get one of your own, even if you have to make one from scratch. Here are three ways you can get your Alpine hat:

Who Is Peter Pan, and Why Did He Wear That Hat?

Peter Pan is a fictional product of Scottish writer J.M. Barrie’s imagination. Peter’s most widely recognized attributes are his ability to fly and his inability to grow up, he is a symbol of youth, innocence, and escapism.

Another name for Peter Pan’s hat is an archer’s hat. Peter Pan continuously went to a fairytale land as a hero, which is why he donned the archer’s hat.

The feather is reflective of feathers attached to the back of most arrows used in the movie and in real life. Archer’s hats were popular in Medieval times because they were lightweight, warm, and not constricting.

Peter Pan’s archer’s hat further pushed the point that he’s a hero relying on bowmanship, agility, and the ability to adapt to various scenarios.

Before remembering who he was, he didn’t know the significance of his hat. Once he reclaimed his position as a hero in Neverland, he wore the archer’s hat with pride.

It’s a turning point of the story as well as a creative explanation of the character’s past achievements.

Throughout the history of modern fashion, it has been proven that trends will come and go. In terms of the alpine hat, many figures, including the fictional Peter Pan, have contributed to the revival and maintenance of this accessory’s prominence in modern society.

While the alpine or tyrolean hat is not nearly as prominent today compared in the 19th and 20th centuries, many resources are still available to find this hat style. Online sites such as Etsy and Amazon offer many affordable options for the traditional alpine hat and the Peter Pan-inspired costume alpine hat.