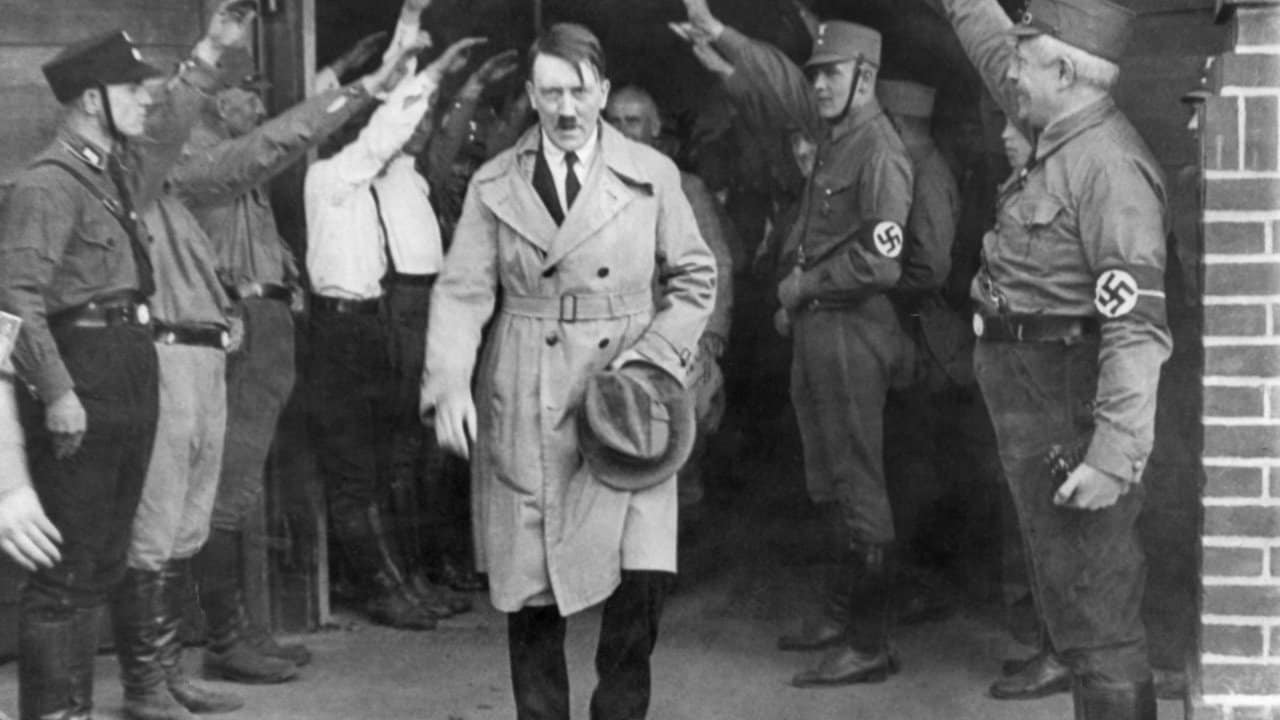 Hitler wore Mattel-form military visor caps as part of his military uniform and when not in uniform he wore velour fedoras.

Controversially Hitler’s top hat was sold at auction in Germany in 2019 with an initial asking price of 50,000 Euros. Many objected claiming that profiting from items associated with such a man was immoral. Ultimately the top hat was bought by a Lebanese businessman for 55,000 dollars in order to prevent it from falling into the hands of Neo-Nazis. (source) The hat was later donated to an Israeli fundraising organization.

One of Hitler’s top hats was crushed by an American G.I. in 1945

It has been reported that when storming Hitler’s Munich apartment a Jewish-American G.I. named Richard Marowitz, discovered a top hat and imagining it still on Hitler’s head stamped on it until it was crushed. He kept the hat eventually loaning it to the American Museum of Jewish Military History. (source)

Military caps were made especially for him

His military hats were styled in ‘sattel-form’ as the top of the hat resembles a saddle shape. These caps were made from fine gabardine wool. This tightly woven waterproof fabric is the same material worn by polar explorers including Amundsen and Shackleton. Hats with this saddle-style can be purchased on Amazon.

Perhaps not surprising given his Austrian roots Hitler was often photographed wearing a velour traditional fedora, first produced in the Austro-Hungarian Empire. The fedora had become popular among the Austrian aristocracy in the 19th century. Known as velour felt they are made from beaver pelt and still produced in Czechoslovakia.

Read more about the origins of the fedora in this article.

Hitler’s military hats were made with extra-long visors

Hitler, who won an iron cross for his actions in World War I, is known to have suffered eye damage as a result of a mustard gas attack in 1918 where he was temporarily blinded. It is reported that he requested a longer visor to protect his eyes from the sun as they had become more sensitive as a result of the mustard gas. (source)