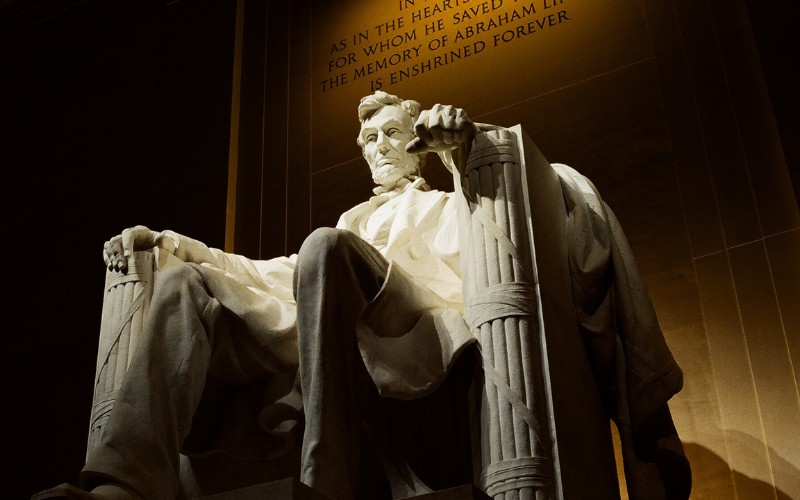 If one hat is part of history like no other, it is the one that Abraham Lincoln wore.

Aside from being a beautiful piece of craftsmanship, it was also one of the most expressive accessories anybody has ever worn. Thanks to its presence in history, Abraham Lincoln’s hat has a unique fascination.

The 16th president wore the famous hat often and wore it the night of his assassination.

Undeniably, the silk top hat worn by Abraham Lincoln has become one of the most important symbols in history. If you are curious about its history, you are not the only one.

Abraham Lincoln towered over most people around him, not just because of his position or title. Abraham Lincoln was 6’4″, or 1.93 meters, which makes him one of the taller people in history.

While he was already immediately recognizable within a crowd, the 16th president decided to pick a black silk top hat as his signature hat.

The hat was around 8 inches tall and became the most recognizable object ever worn by a president. Abraham Lincoln was used to wearing his hat during peace or war and on any occasion, including the night of his assassination.

Check out this 8-inch costume Lincoln hat on Amazon.

Hats are less important in society than during Lincoln’s era, hats were an important indicator of social or military status.

Wondered how tall Lincoln was with his hat? Check out this full-size cardboard cutout of the president on Amazon.

Where Did the Famous Top Hat Come From?

Historians have not pinpointed precisely when the 16th president started wearing the famous silk top hat. However, the labels still visible inside the crown prove that the president acquired it from Washington hat maker J. Y. Davis during the mid-19th century.

The second 3in (7.62cm) black mourning band visible on the hat symbolizes Lincoln’s mourning for his son Willie, who fell victim to Typhoid fever in 1862. This band was added after the initial purchase, as indicated by the different stitches.

The Hat Was an Alternative Communication Channel for Abraham Lincoln

The silk top hat was much more than just a fashion accessory for Abraham Lincoln, as the president used it as a way to communicate and express his feelings.

For example, he used to keep papers within the hat’s crown, which he would remove in formal settings or throw on the floor to express his anger.

There are also testimonies of how Abraham Lincoln used the hat to offer respect, such as when he removed his hat in front of an elderly African American man who did the same for President Lincoln.

Read more intriguing facts about top hats in this article.

The Hat Is Part of American History

The hat was witness to history when Abraham Lincoln wore it to Ford’s Theatre on April 14, 1865, the night of his assassination.

The top hat, which was initially taken as a piece of evidence, was passed to the Patent Office with Mary Lincoln’s permission.

The president also used the hat to communicate anger, concentration, and respect. Lincoln wore his hat many times and had it with him the night of his assassination.

Discover more about the hats worn by presidents in this article.

Discover more about important hats in history in this article.