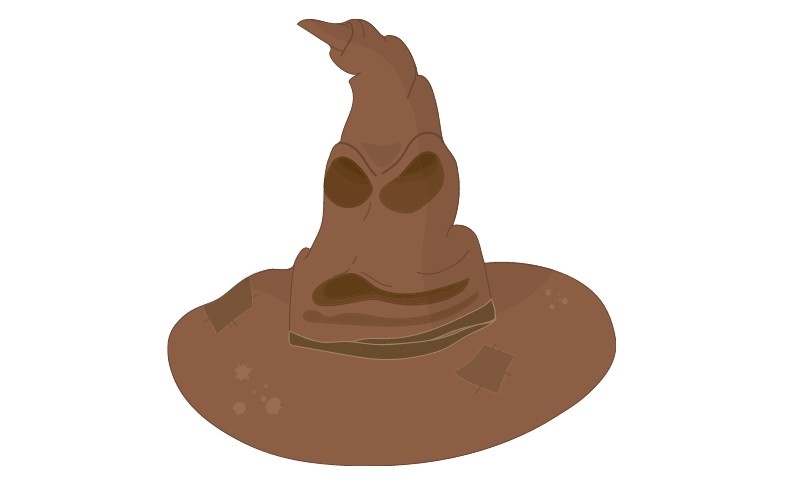 It can be argued that there is no more loyal and attentive fan base than the one of Harry Potter. The series has been a phenomenon since 1997, when its first book, Harry Potter and the Philosopher’s Stone, was first published. The stories went on to be adapted for the screen and ended up listed amongst one of the top-grossing movie franchises ever.

The world building aspect of the Harry Potter stories is one of its most enticing qualities. Sure, it includes some details that might seem generic, like long, pointy hats and wizard robes. But it doesn’t just stop there – far from it. Let’s take a deeper look at some fascinating facts about the hats in this beloved wizarding world.

Harry Potter and the Disappearing Hats

Having been released years ago and collected such a large following, Harry Potter can’t get away with any incongruous details. Fans noticed that the hats Hogwarts’ students were wearing in the first film were nowhere to be found in any of the sequels.

Gathered in the great hall in the beginning and end of Philosopher’s Stone, students have one thing in common beyond their robes. They all wear pointy, slouchy wizard caps, throwing them up in the air upon the announcement that Gryffindor has won the House Cup. The specific reason for this change in costume has not been explained by any official channels, though fans have come up with some fun explanations as to why this might have happened.

Of course, there is the less magical and more practical reason that it was just not sustainable – or entirely necessary – to hand out hundreds of hats on set for every one of the eight movies. The hats didn’t seem vital to any plot points throughout the story, and so they were left behind.

Can you imagine Harry Potter without the Sorting Hat categorizing the students into their houses? Neither could J.K. Rowling. Before landing on the magical head accessory, however, she went through a few other options.

The first of the many possibilities was a code-breaking machine that the author immediately felt was “at once too complicated, and too easy.” Next, she moved onto the concept of four statues placed in front of the great hall; they would come alive and select the children one by one. When none of this felt just right, Rowling landed on the iconic hat – and aren’t we all glad she did. For a lot of fun, I recommend this hugely popular real talking sorting hat on Amazon.

The Wise Headwear of Albus Dumbledore

In a close race with Professor McGonagall, Dumbledore is likely the wizard to be most consistent in wearing hats. The style of the hat often changes according to the rest of the wizard’s clothing.

Although any specific meanings for Dumbledore’s hats have not been a topic of wide discussion and speculation, there is certainly a message being expressed through his costumes. His tunics, his hats, and his long, white beard work together to create a far more traditional look than that of the other characters. These choices emphasize his superiority within his community and his unparalleled wisdom.

Harry Potter has it all, from hats that are not given a second chance to ones that help move the story forward. What’s the ideal wizard hat for you?