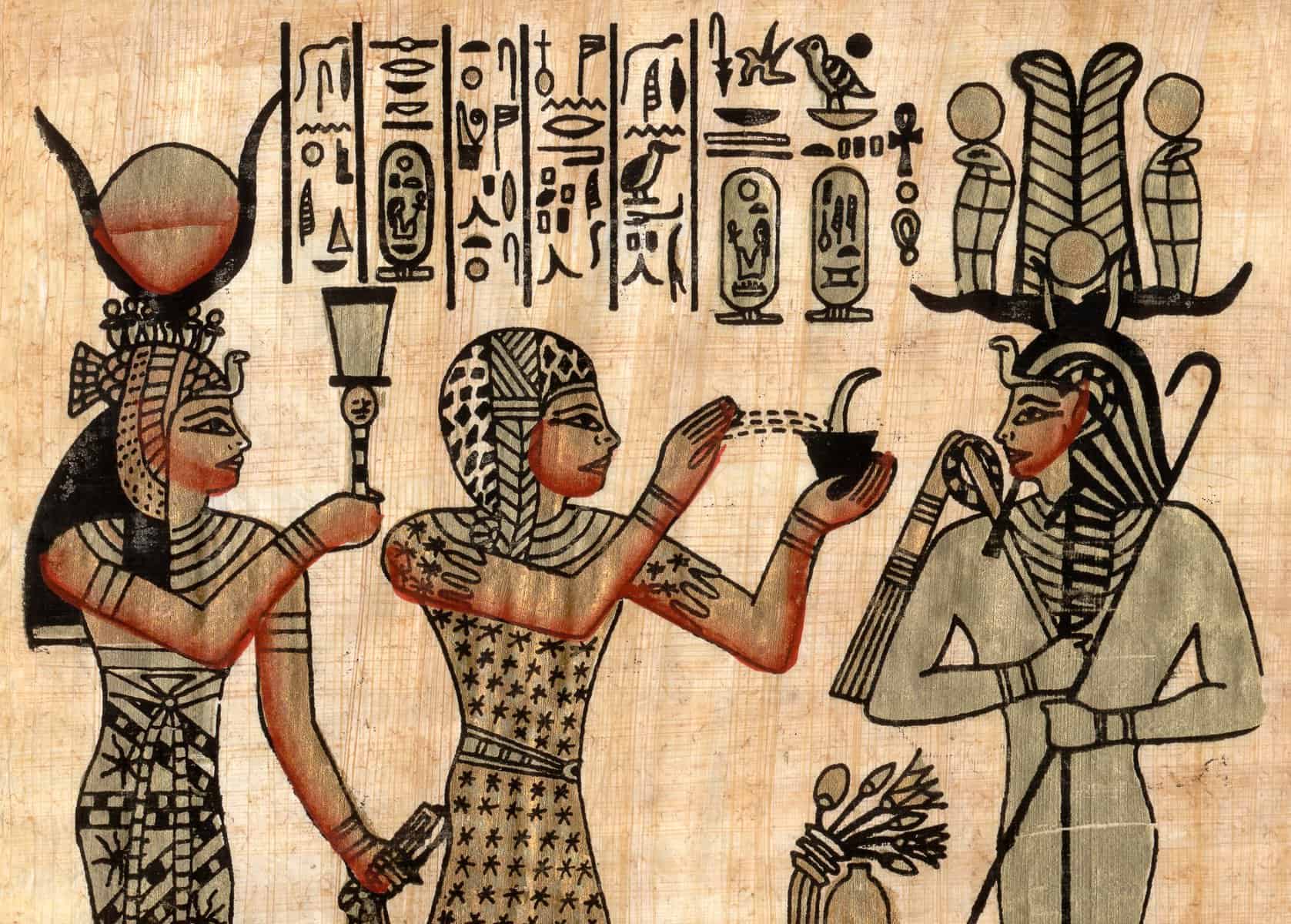 The Ancient Egyptians were a fascinating civilization, having been studied in depth by archeologists and historians alike. Traditional clothing and accessories – both physical models and the ones present in art – have been an important part of that research. They tell us a lot about the community, their religion, and their way of life.

When it comes to headdresses in Ancient Egypt, significant information has been obtained about what they indicate regarding customs, beliefs, and traditions. Accessories that might be equivalent to our modern hats shed light on this captivating society.

The Missing (and Then Found) Conical Hats

For hundreds of years, archeologists believed that a peculiar, cone-shaped headpiece was a symbol only reserved for art, and not manifested in the physical world. The headdress, present often in Ancient Egyptian drawings, had never been found. They were speculated instead to parallel symbols like the ‘halo,’ present in Christian art.

This conclusion was based on the fact that a physical model had never been discovered, despite the many tombs and accessories that were able to be retrieved from sites over the years. To their surprise, archeologists exploring the Amarna cemeteries changed that narrative.

The discovery of two of the conical hats was made in 2019 on the non-elite burial site. The location alone was able to disclose a lot of information about the headpiece. It was clear that this wasn’t a crown representative of any royal status, for example.

Theories include that the headpiece was meant for dancers who serviced the gods and that it was worn with the hopes it would enhance fertility in the next life. An archeologist from the University of Copenhagen, Lisa Manniche, further speculates that wearing that hat may have been an attempt of “narrowing the social gap in [the] next life.”

The Role of Religion

More than anything it might represent, it is clear that crowns and headdresses signified just how important their polytheistic religion was in Ancient Egyptians’ lives. Having been closely associated and traced back to elite figures in society, such as pharaohs, crowns were understandably very exclusive headpieces. A variety of existent crowns represented different scenarios or circumstances, such as battle or the geographic location where one’s rule applied.

Pharaohs were considered to be the mediators between the gods and the everyday Egyptian. Upon their death, they were said to turn into gods themselves, and so were buried with all of the items deemed necessary for the transition into the afterlife. No pharaoh headdresses have ever been found, for many possible reasons. Archeologists believe that these crowns were made out of very delicate materials that would have quickly decayed. Nevertheless, pharaohs were buried with masks and statues, often made of gold, that included their headpiece. For Ancient Egyptians, this might have brought reassurance that the status of these bodies would accompany them beyond that life.

For a great read on the history of Ancient Egypt I recommend this great book by Ian Shaw on Amazon.

Although we might never have the complete explanations for these and the many other mysteries that remain, one thing is for certain. The exploration of Ancient Egyptian society will continue for centuries more, certainly handing out clues along the way.

Find out about hats in Ancient Rome in this article.