Skip to content
Home » Famous Hats » What Type of Hat Does Santa Wear? 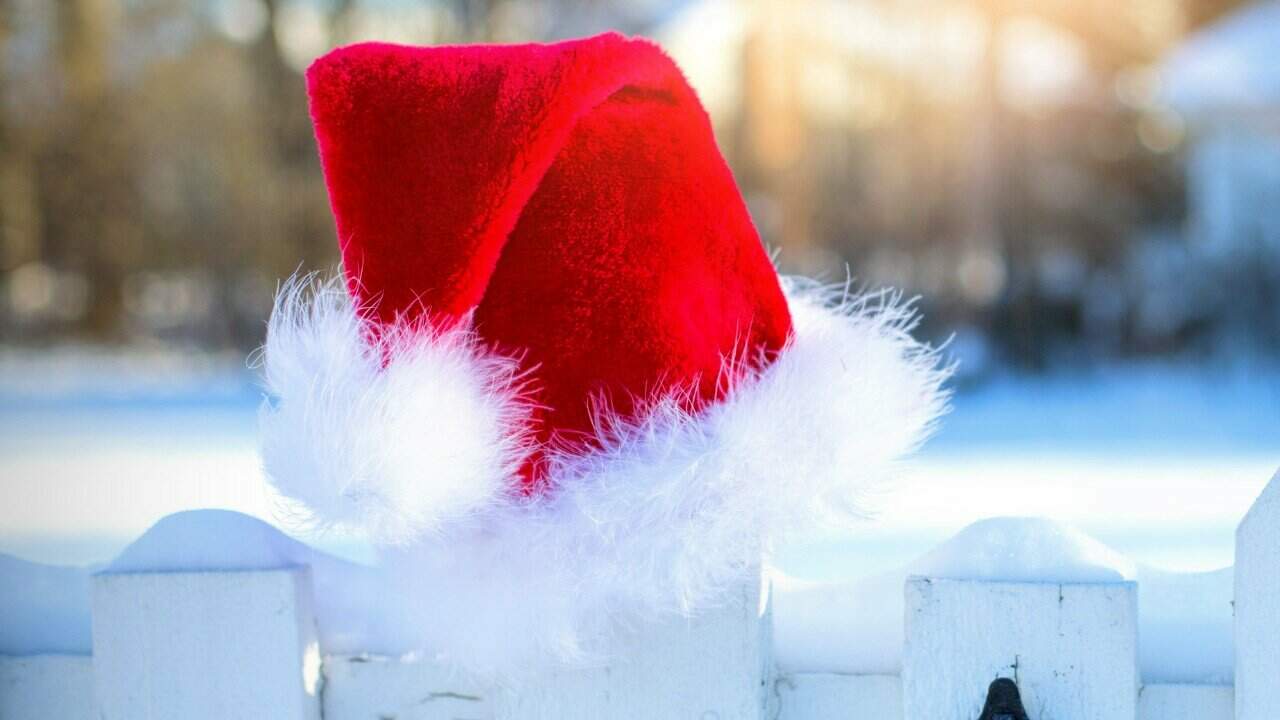 For different people worldwide, the beauty of Christmas celebrations is marked by the presence of the legendary Santa Claus.

Santa Claus, also known as Father Christmas, St. Nicholas, or simply Santa, has a long history steeped in traditional Christmas celebrations. Today, for many, this beloved character is the jolly man donned in red with a red conical hat.

The type of hat that Santa wears is a stocking cap. A stocking cap is long, conical in shape, and features a beautiful tassel at the end. Most stocking caps are knitted, but Santa Hats are typically made from felt or velvet.

If you want to know more about Santa’s hat and how to make your own, keep reading.

What Is the Name of Santa’s Hat?

Every year during Christmas, you’ll see people rocking red pointed hats often fitted with a white ribbon at the bottom and sometimes a white ball at the top, otherwise known as Santa’s Hat.

The name ‘Santa Hat’ is a modern-day name, which has changed over the years from the names used throughout history. Some of the names used to refer to this stocking cap include:

Where Did Santa’s Hat Come From?

To many people, Santa wouldn’t be Santa without his red hat. So how did this cap come to be?

Some sources say that traditions associated with the Santa cap descend from Saturnalia and the winter solstice, which coincide with Christmas celebrations. Saturnalia, held from December 17 to 23, is an ancient Roman festival celebrating the agricultural god Saturn.

Interestingly, the populace only wore this hat (referred to as Pileus) during Saturnalia. And the fact that Christmas is linked to Mithraism and Saturnalia explains the connection between Santa Hat and Christmas.

Over the years, names have changed; Saturnalia is now Christmas, and Pileus is now the Santa Hat.

What Color Is Santa’s Hat?

Santa’s hat is predominantly red and white, which are Christmas colors. In some European countries such as the Netherlands, St Nicholas, the inspiration for Santa, is still depicted wearing a red miter hat.

What Is Santa’s Hat Made With?

Initially, a Santa Hat was made from velvet or faux fur. However, given that people are now more creative in designs, you can find one made with flannel, felt, and fleece. The fabric’s diversity is used to help satisfy the tastes and preferences of different wearers.

How To Make a DIY Santa Hat

If you want some fun you can make them yourself without any technical skills or expertise.

And there you have it. Your Santa hat is ready.

If you prefer to buy a hat you can them on Amazon here.

Santa’s hat is part of what makes him stand out as the face of Christmas. You’ll immediately think of Christmas if you see this distinct cap anywhere. So why don’t you try making your own using the steps we’ve listed above? Let us know how it turns out.