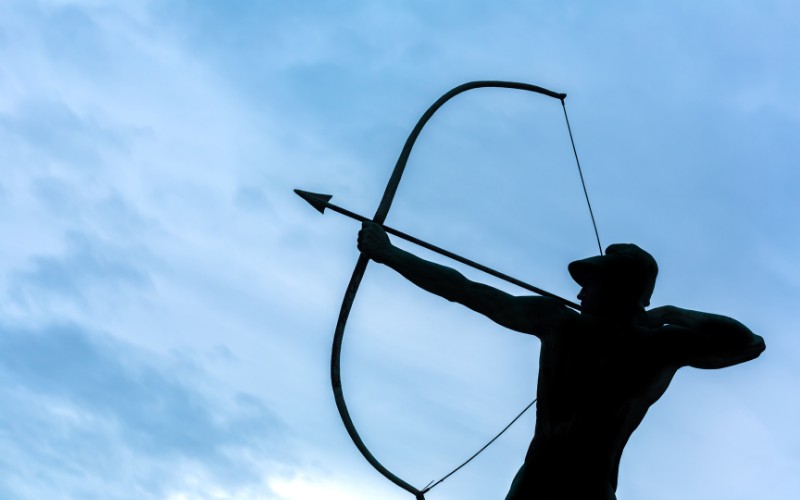 Hats have been a standard of a competitive archer’s dress code ever since archery first made it to the Olympic games. And while there’s no official regulation on the type of hat, most archers, especially those using target recurve bows, prefer to wear bucket hats. Why do they wear these hats?

Archers often wear bucket hats because it shields their eyes from the sun during a shot without getting in the way of their bowstring. They are also a perfect fashion statement, especially in South Korea.

In this article, we’ll take a deeper look at why bucket hats work best in competitive archery.

The Benefits of Bucket Hats For Archers

There’s no official rule on the kind of headgear competitive archers are required to wear. Some competitions may mandate a strict dress code, but for the most part, archers are allowed to pick the kind of caps/hats they want to wear.

And if you’re using a junior bow, hunting bow, or composite bow, wearing a stiff-brimmed cap shouldn’t be a problem. The strings on these bows aren’t long enough to reach the brim and hence won’t interfere with your draw.

However, if you’re a target recurve archer, a bucket hat is the most effective way to block out the sun without hindering your technique.

Recurve bows are enormous pieces of equipment and come with long strings that make contact with an archer’s face when pulled taut. It’s easy to imagine a baseball cap or trucker hat getting in the way of such a long draw length.

Wearing a bucket hat gives the archer certain advantages, so let’s look at a few of them now:

Of course, if you’re wearing a baseball cap, you can turn it backward before making your shot. But that defeats the purpose of wearing a hat, which is to keep the sun out of your eyes.

While the utility is a prime factor, bucket hats are popular for another, often overlooked reason. Archery champions wear them, and since South Korea has been dominating archery for over three decades, Korean competitors love wearing bucket hats.

Generally, in any competitive field, those dominating the sport set the standard, and it’s plausible that South Korea’s love for bucket hats spilled over to the rest of the archery populace. Read more about the popularity of bucket hats in this article.

Bucket hats may not be an essential part of an archer’s gear, but they are favored over most other caps out there. Thanks to their flimsy brims, they keep the sun out without interfering with an archer’s technique, making them the ideal accessory while shooting.