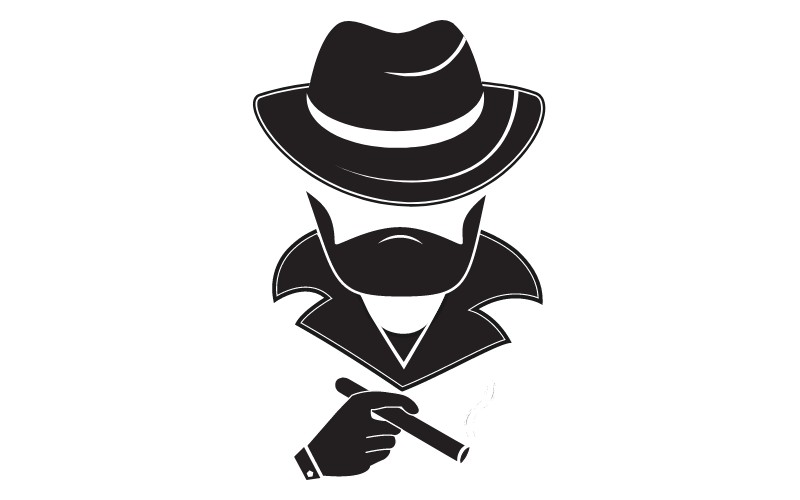 The fedora is one of the most iconic hat styles to exist, having been around for decades and making numerous comebacks throughout the years. Hitting peak popularity in the mid 1920s, it is, to this day, largely associated with prohibition era gangsters. Portrayed both often and famously in Hollywood, gangsters wearing fedoras was not merely a trope created for the screen.

The hat was, in fact, a staple accessory in the closets of some of the most well-known mobsters of all time. The relevance of the fedora then was likely what originally made it appealing to the group. While it was a hit with the general public and certainly not only reserved for gangsters, it was also part of an unspoken uniform that greatly contributed to the professional image of these men. Check out this super popular gangster fedora hat on Amazon.

More specifically, the association of the fedora to mobsters was brought about through “celebrity gangsters.” These were well-known crime figures that were publicly both feared and respected. They paid great mind to their image, as it was an effective way of subtly showing off social status and reinforcing their place as respectable members of their community. These elegant and carefully constructed public images often stood in stark contrast with otherwise extremely violent reputations.

Originally from Brooklyn, New York, Benjamin “Bugsy” Siegel (1906-1947) was a gangster particularly known for his erratic and aggressive temperament. He was, also, extremely concerned with his appearance, and has even been quoted to say:

“Class, that’s the only thing that counts in life, […] without class and style a man’s a bum, he might as well be dead.”

In his mugshot, Siegel can be seen wearing the fedora.

Despite being a clear first choice, the fedora was not the only hat worn by gangsters. Alternatives like panama hats were also present in the mobster’s wardrobes – while they brought some variety in style, they maintained both the structure and the dapper touch of the original choice.

Read about the hats worn by Al Capone in this article

The Godfather, a 1972 Francis Ford Coppola picture, is considered to rank very high up amongst the best films of all time. Inspired by mobster Frank Costello, the character of Don Vito Corleone is widely remembered by his trusty fedora. Read more about the hats in The Godfather movies here.

In 2014, years after the release of the film and its subsequent parts, the world famous Stetson fedora was sold at a private auction for $26,798. The gray hat, featuring a black band, marked the character that earned renowned actor Marlon Brando his second Oscar in the “Best Actor” category.

Gangsters may not have had a major reason to start wearing fedoras in the first place – other than the desire to be on top of the trends and show off some class, of course. Their adoption of the hat, however, would mark the style forever.