Skip to content
Home » Hat History » Why Do Soldiers Wear Berets? The History Behind The Famous Military Accessory 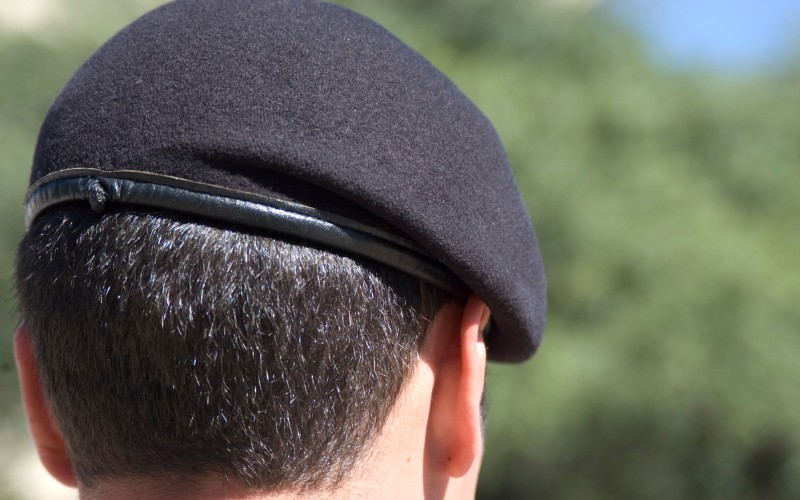 The beret has a long and international history in militaries all over the globe, and is still often used today as part of the official uniforms for soldiers and higher-ranking officers.

What was originally a style popular amongst the lower classes in Europe became a display of rank and authority in armed forces in the 1800s – and there was even a period in time where these uses overlapped. Militaries in France and Spain were the first known to use this style as part of their uniforms, and were believed to have been the inspiration behind their implementation in other countries.

Most famously, the Chasseurs Alpins, French mountain warfare troops, are believed to have been the pioneers for the use of the beret in the military context. They were known to sport light blue versions of the hat, using the accessory to display their higher status within the organization.

As the beret continued to grow in popularity outside of the confines of the army, it reached its status as a fashion statement for women in the 1900s. Popular amongst artists and creatives, the style became further associated with this demographic.

World War II further established the beret as a dominant military style. The hat, popularized by Europeans and quickly spreading all over the world, reached the United States by the 1950s.

There are plenty of theories when it comes to the reasons behind such a widespread use of the beret. While some argue the actual utility of the style, others attribute the military beret boom to cheap manufacturing costs and consequent accessibility.

It’s clear that the beret had a global impact, but it also certainly developed more complex roots within specific countries.

In America, soldiers were only officially authorized to wear green berets in 1961, by President JFK. Despite the fact that the army had already been wearing the style for nearly ten years prior to the announcement, the official implementation of the hat as the standard headgear meant the style was truly there to stay. In 2011, the French style was replaced for the patrol cap, but the beret was far from over.

The switch took place as a result of several built-up objections regarding the beret. Soldiers complained the style was inconvenient and provided no benefits, failing to provide shade and being difficult to put on. Though it is no longer the primary, everyday headwear of American soldiers, the beret stands strong as part of dress uniforms, and still awarded to higher-ranking officials as a symbol of their status.

The military is hardly the only place where the beret has been used to signify authority or political motivation. Having remained a dependable accessory for artists, the hat also came to become a powerful symbol of revolution – from Che Guevarra to the Black Panthers, it was clear that the style didn’t stray away from confrontation.