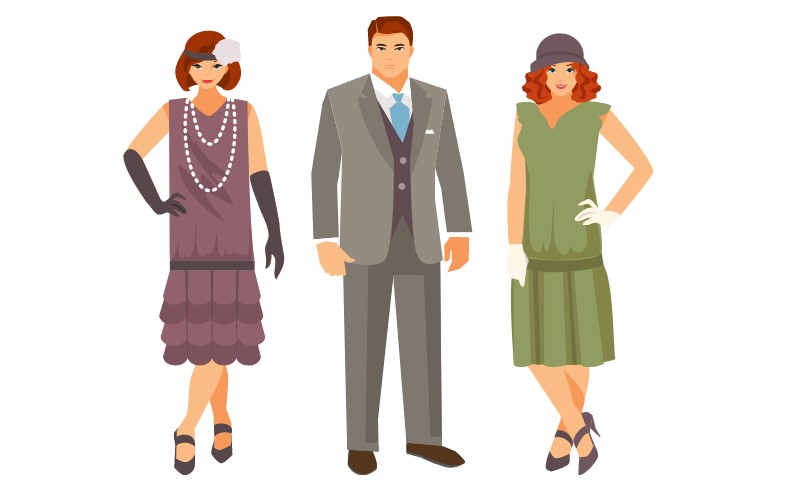 Hats are still a popular accessory in fashion today, but it can be argued they have been a much more staple part of our wardrobes in decades past. Here are some of the most interesting facts about hat fashion in the 1920s, some of which continue to influence our trends now.

In the years leading up to the turn of the 20th century, commercial trade in birds and bird feathers had reached a peak. The rise in the demand for the materials and the animals was largely fueled by the hat fashion trends at the time, which consisted of large women’s hats extravagantly embellished by feathers. In 1918, The Migratory Bird Treaty Act caused a huge consequential shift in the hat-making industry, leading to a sudden redirection for the hats to be worn in the 1920s.

The federal law prohibited the capture of migratory birds, protecting a significant amount of species – dead or alive – from any harm, trade, capture, and the like. Suddenly, hat fashion needed to follow a different direction in the roaring twenties.

The Cloche Hat and Its Modern Counterpart

Popularized in the 1920s by renowned Parisian milliner Caroline Reboux, the cloche hat was all the rage. It is perhaps one of the most well-known and recognized symbols of the Jazz Age today, along with the iconic flapper dress. Cloche is French for ‘bell,’ the name accounting for its singular shape. The hat, traditionally made out of felt in order to be snuggly shaped to the head, perfectly complemented the most popular hair style at the time: the short, elegant bob. If you are looking for an affordable yet highly attractive cloche hat I recommend this Gatsbsy linen option on Amazon.

Today, although cloches can still be easily found, a more modern hat can be argued to be its contemporary counterpart. The bucket hat has had its fair share of comebacks, and is still ruling the shelves today. Rather than maintain the bell shape all the way down, the bucket keeps its rims pointing straight out. Discover more intriguing facts about the cloche hat here.

The Most Popular Hat in the World

Spanning decades beyond the 1920s, the bowler was worn by men of all classes and professions, ranging from butchers to bankers. If you keep an eye out, it can be spotted in several of our favorite period films and shows. Discover more intriguing facts about the bowler hat here.

Although classic hat stores are harder to come by these days, they were a society staple during the 1920s. Rather than scan through an online catalogue, anxious shoppers would browse store windows and shelves to find the perfect new addition to their wardrobe.

Fedoras were another classic choice for men then, having been widely popularized by English royalty, Al Capone, and the jazz scene. It was no surprise that the fedora trend reached far and wide, but it’s important to note that the hats weren’t all the exact same. Fedoras were often sold with no creases, and so were customizable at the moment of your purchase to meet your exact specifications. Read about the origins of the fedora hat here.

Many of these hat fashions can be seen in the hit TV series Downton Abbey set in the 1920s. Read more about the hats from Downton Abbey in this article.