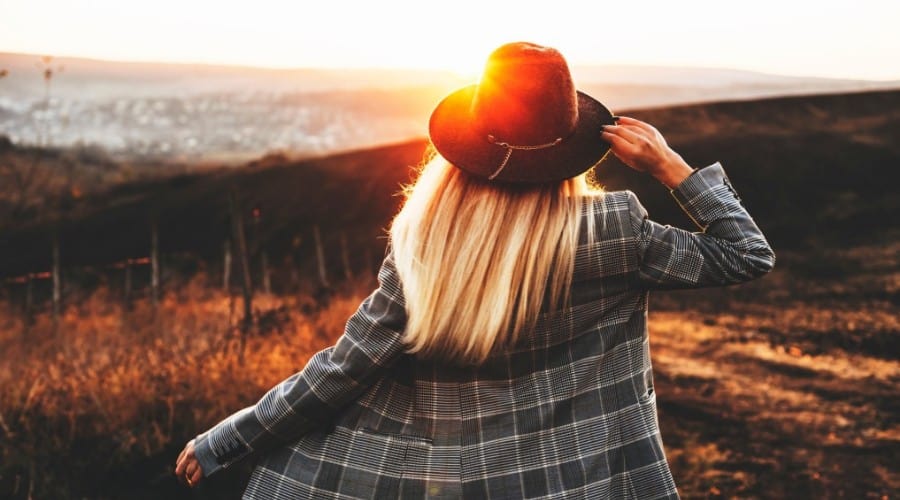 Fedora hats have been an essential part of fashion for most of the 20th century.

From gangsters in film noir New York to Indiana Jones in the movies to Michael Jackson on stage, fedoras have left their mark on the world. But where did it originate?

The fedora hat originated in the late 1800s when an actress wore it in the American production of the French play Princess Fédora.

The hat became a symbol of the women’s movement before it gained its most considerable fame during the Prohibition of the 1920s.

Let’s take a look at the origin of the fedora hat and how it became as popular as it was, from the history of the cap to the impact of movies and television on how the public perceived the fedora.

A Brief History of the Fedora Hat

The fedora hat was first worn in 1883 in the American production of Fédora, a play by Victorien Sardou. Described as a soft-brimmed, center-creased hat, the fedora was worn by the main character, Princess Fédora.

After that production, the hat gained popularity in the United States and was named after Sardou’s play.

In the beginning, the fedora hat was primarily worn by women, and its nontraditional design as a woman’s hat briefly became a symbol of the women’s rights movement.

Women wore them as part of a protest, sometimes while wearing pants. It was only a tiny part of the women’s movement, but enough to get noticed.

The fedora hat first became popular for men in the 1920s, after Prince Edward of Britain was seen wearing one. Taking their cue from him, men on both sides of the Atlantic began wearing them, skyrocketing their popularity.

This was the first time fedoras were universally fashionable, which is why the popular image of the fedora is associated with the speakeasies and gangsters of the Roaring ’20s.

Read more intriguing facts about Fedora hats in this article.

The Effect of Media on the Fedora Hat

The fedora hat’s humble beginnings as a prop in a late nineteenth-century play soon grew in popularity because of its usefulness against the weather. It wasn’t tall like a top hat but had a wide enough brim to keep its wearer relatively dry and warm in the winter.

However, the effect of media and movies kicked the fedora into enduring popularity.

If not for the influence of the big screen the fedora may have fallen by the wayside like other hat styles.

After the 1920s and 1930s, Americans became more influenced by what they saw on television and in films. As moving pictures became more sophisticated and the movie industry introduced color and sound, much of American fashion was taken straight from what the audience saw on the big screens.

During the 1940s, many movies were set a few decades earlier. Massive stars like Carey Grant and Humphrey Bogart wore fedoras to reflect the fashion of the 1920s, and after a spate of gangster movies, the fedora was famous off-screen as well.

It remained in fashion until the late 1950s, when it became fashionable to wear casual clothing.

James Dean influenced the casual look, which resonated with youth of the age.

During the 1960s and 1970s, the fedora wasn’t seen much, but it made another comeback in the 1980s, after the release of the Indiana Jones movies.

Set in the 1940s, these movies starred Harrison Ford wearing none other than the fedora, which started another fedora-wearing trend.

Read more about the Indiana Jones hat in this article.

After the Indiana Jones movies, fedora hats took off around the world. From Michael Jackson to Justin Timberlake, fedoras were worn by many who would not otherwise have known they existed.

The hat’s popularity waned a little throughout the early 21st century, but the fedora can still be seen worldwide.

The effect of the media on the fedora’s fashion was huge. Without movies, television, and music, the fedora would have quietly fizzled out after the 1920s and became another historical artifact like the top hat or bonnet.

Even though fedoras have a mixed reputation currently (Vox says, “Fedoras are for jerks” in some cases), they have been a staple of American fashion history since their first appearance on stage in 1883.

The fedora hat has a varied history but started as a fashion statement in an obscure play in the 1800s. Even the very beginning of the hat foretold the effect of performances and media on fashion.

Without the cinematic appearances of the fedora, the hat most likely would have been forgotten by history, and we wouldn’t know of it today.