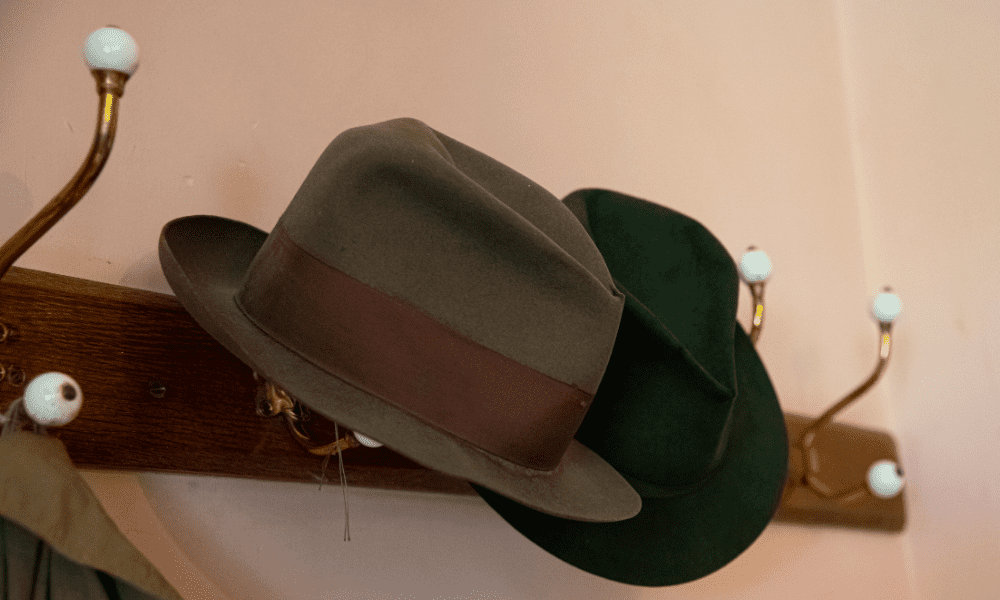 Almost everyone removes their hats when attending church, a wedding, a funeral, or another important event indoors. While it may seem habitual, have you ever wondered why people don’t wear hats indoors?

Hats aren’t worn indoors as a sign of respect. The tradition of men removing their hats indoors is thought to date back to the practice of medieval knights removing their helmets when entering a building as a signal of friendly intent.

In this article, we’ll discuss five reasons why people take off their hats before entering a building, so read on to learn about hat etiquette standards and when or where you should be taking off your hat.

While wearing hats indoors is not important to many people, some still take off their hats when entering a building.

Most people who take off their hats indoors do so as a sign of respect. Even if some younger hat wearers have not grown up with the tradition, they may still remove their hat out of respect for their grandparents, for example.

This tradition may have started with medieval knights removing their helmets when entering buildings as a sign that they came in peace and were no threat. Removing the helmet made them vulnerable and more approachable. Removing hats in bars and clubs may, to some extent, also stem from these early origins.

While hat etiquette may be less apparent nowadays, removing your hat indoors is the first rule of hat etiquette. Some people may not follow the other hat etiquette rules as closely, but this rule is still very apparent.

People typically remove their hats when they enter someone’s home, meet someone new, attend an event, or participate in the national anthem.

The tradition of hat tipping is also still widely regarded when greeting people. You can read more about hat tipping in this article.

Wearing a Hat Indoors May Offend Others

Even if you aren’t trying to be rude, many people consider it disrespectful to wear a hat indoors. Why? Because if you do so, you are consciously going against the rules of hat etiquette that have been in place for decades.

Many younger people in the room won’t mind. However, you could be in trouble if your grandparents see you donning a hat indoors.

Taking Off Work Hats Reduces the Spreading of Dirt

Before hats were a fashion statement, hats mostly had practical uses, such as protection from the sun and heat. Initially, many men who worked while wearing hats would remove them when they got home to prevent the dust or dirt from getting on the furniture.

Even today, men and women wear hats for physical work. Many industries can get pretty dirty, such as construction. Homeowners nowadays will still take their hats off before entering the house to avoid a mess.

Your Hat Could Obstruct Someone’s View

There are a few reasons why people don’t wear hats indoors. First of all, it is a show of respect. Many workers will also remove their hats to avoid bringing dirt into the house.

Removing your hat indoors is also the most significant rule of hat etiquette. People may consider it rude if you forget to remove your hat.
If you want to learn more about etiquette that stemmed from the nineteenth century, check out True Ladies and Proper Gentleman: Victorian Etiquette for Modern Day Mothers and Fathers by Sarah A. Chrisman on Amazon.