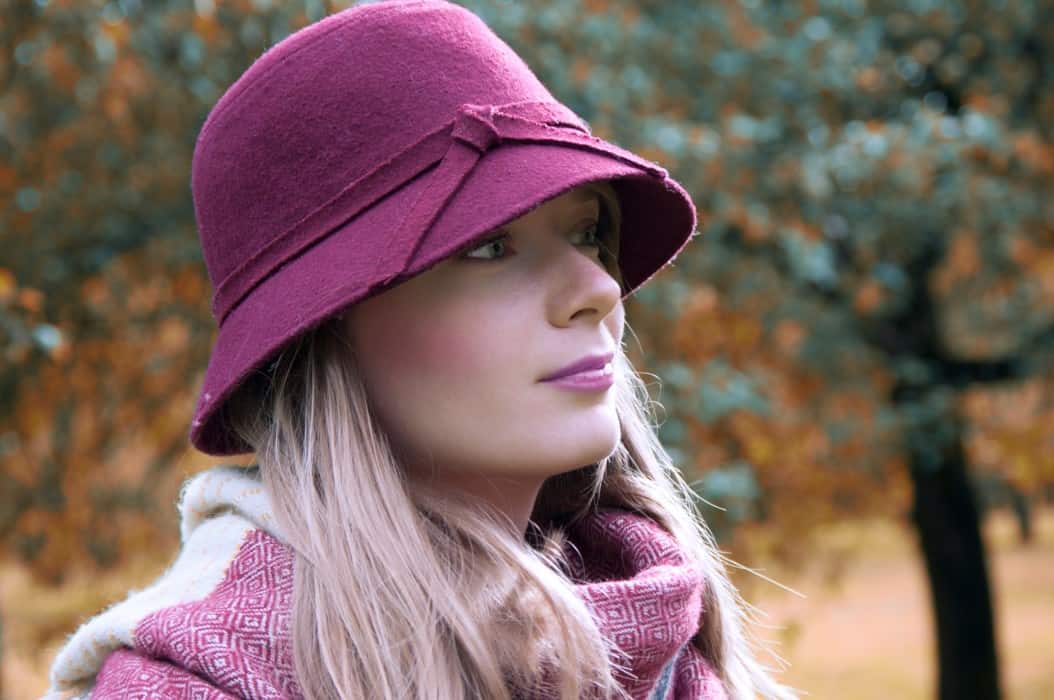 Cloche hats are bell-shaped, fitted hats designed for women and were once a fashion icon that hit peak popularity in the 1920s. Let’s take a look at some interesting facts about them.

This unique hat was most popular during the 1920s. The hat has a deep crown that hugs the head, a soft curved edge, and no brim.

The elegant hat became an icon of the ’20s. Women would not leave the house without one and often wore the hat so low that they had to keep their chin up to see. Not only was the hat in style, but it was also a symbol of independence and sophistication.

Discover more interesting facts about hats in the 1920s here.

Check out this very popular modern take on the classic cloche on Amazon.

The cloche hat was so popular in the 1920s that it even influenced the kind of haircuts women wore. There were two haircuts the cloche influenced: flapper bobs and the Eton crop. These hairstyles placed emphasis on the shape of the head and were quite radical for their time.

The styles were very short, not even touching the chin. Only a few inches of hair stuck out underneath the hat, which displayed the hat’s shape beautifully.

Read tips about how to wear a cloche hat in this article.

The Cloche Was Customizable

Designers started to embellish the hat for all sorts of occasions; weddings, parties, and any important social gathering.

Brooches, feathers, and beads were popular embellishments and added elegance to the hat. Milliners also added silk and lace to match a sophisticated evening gown.

If a woman was single and was open to relationships, she could wear a big bow on the hat. However, married women would often wear a tight knot to signify their relationship. Lastly, women who were technically single but had their hearts taken wore an arrow-shaped ribbon.

Much like how we have cosmopolitan to turn to, the women of the 1920s could also rely on the daily gazette to receive fashion advice. Magazines would tell women what style of hat to wear to cover certain flaws. Here are a few pieces of advice from The Complete Dressmaker, published in 1917:

The cloche hat has a fascinating history and was a major fashion icon at one point. Its peak popularity was in the 1920s. It was rare that women would leave the house without a cloche hat and often had multiple hats in their closets designed for different occasions.