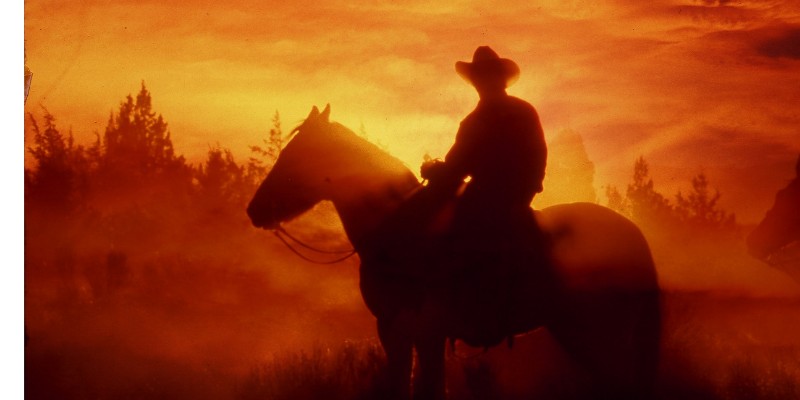 Superstitions are beliefs based on fear of the unknown. Those who believe in superstitions will behave a certain way in an attempt to sway the future in their favor. For example, some cultures knock on wood and toss salt over their shoulders to ward off bad luck. Others avoid stepping on sidewalk cracks for the sake of their loved ones’ survival.

Another community known for its superstitions? Cowboys.

That’s right – many cowboys are notorious for their steadfast beliefs in a number of superstitions. From hats and horseshoes to rodeos and loose change, cowboys sure are one superstitious group, spooking as easily as a horse when it comes to committing certain behaviors. Continue reading to learn more about various superstitions your favorite cowboys likely adhere to on a regular basis.

1. Never Lay Your Cowboy Hat on the Bed

Ah, cowboys and their beloved hats.

Perhaps the most common superstition regarding cowboy hats is to lay them on the bed. Doing so is said to bring bad luck to the hat’s owner, foretelling injury or even death. This superstition likely originated when head lice ran rampant among communities due to lack of frequent bathing; a hat on the bed was considered an easy way to spread the pesky insects. It can also ruin the shape of the hat, so many believe it’s best to avoid a hat-on-bed situation at all costs.

2. Lay Your Hat Upside Down

Another cowboy hat superstition concerns proper care. Many insist that laying your hat upside down (the opening facing upwards) is an invitation for good luck to fall into it. Alternatively, laying your hat with the opening face-down will cause luck to escape. This behavior is widespread in rodeo culture.

3. Empty Change in Your Pockets Before Competition

Another popular superstition among rodeo competitors is to empty any loose change from your pockets before a competition. According to legend, failing to do so will lead you to win only the amount of change you have.

Some cowboys also avoid eating chicken before the event or wearing yellow in the arena, as the color and poultry are both associated with inferiority and may cost him the prize.

Upon meeting a new horse, cowboys are advised to think long and hard about the name they give it. If they later decide they want to change the name, they leave the horse vulnerable to bouts of bad luck.

So, we know how cowboys curtail bad luck, but how do they invite good luck? Another common superstition among cowboys is to nail a horseshoe to the front door of their home.

During the middle ages, the iron on a horseshoe was believed to keep evil spirits from entering the house. A hung horseshoe with the heels up collects good fortune. Alternatively, a horseshoe hung with heels pointed downwards yields bad luck. Plus, most horseshoes featured seven holes – a lucky number that is said to bring auspicious events.