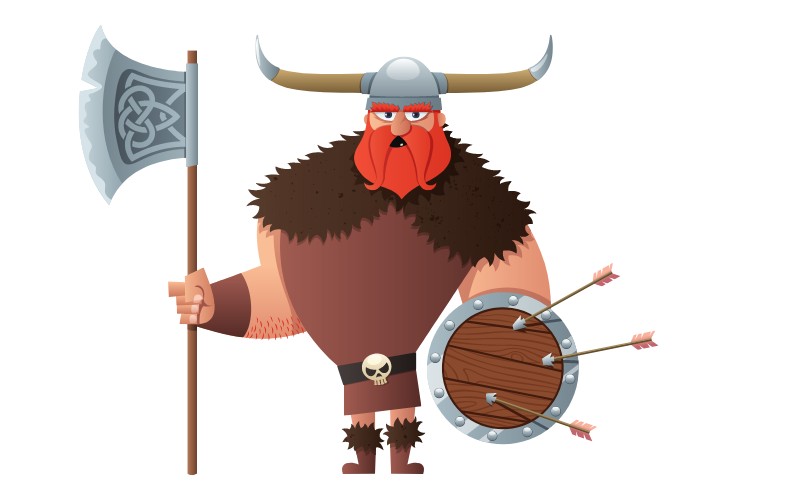 If you closed your eyes and pictured a Viking, the first image you would probably conjure is of a fierce looking bearded man with a horned hat. TV and film have popularized this image with characters like Stoick the Vast from the animated film franchise How to Train Your Dragon and Elmer Fudd in What’s Opera, Doc?

Perhaps that’s why every Halloween store is stocked with horned helmets. Have you ever wondered if this popular image is historically correct? Here’s everything you should know about Vikings and the perception of the horned helmet.

The association between Vikings and horned hats started when two horned-hats were discovered by archeologists. For many years, people linked Vikings due to this discovery. However, carbon dating has recently found that those horned helmets pre-date the Vikings!

According to Smithsonian Magazine, those helmets are from the Bronze Age in 900 B.C.E., which occurred around 2,000 years before Vikings pillaged and sailed the high seas! This is actually a very exciting discovery, because it implies that metals were traded much farther during the Bronze Age up the Atlantic Coast than originally thought! In the Bronze Age, these helmets were most likely worn for ceremonial purposes, rather than into battle.

How did the image of horned helmets get so popular?

Even before the horned helmets were discovered, the idea of Vikings wearing horned helmets was part of popular culture. Who was responsible for that? Just think about it. Who makes fashions and trends popular today? Artists, of course!

There’s only been one helmet found by archeologists that’s considered Viking. Although unhorned, it’s made of iron and has a guard around the eyes and nose for protection in battle.

It’s thought that Vikings probably wore leather or iron headgear. It’s also possible that they didn’t wear any headgear when going into battle, because it may have restricted their vision and movement.

No, Vikings didn’t wear horned helmets to the knowledge of archeologists, but it’s fun to examine how the tradition of the horned hat started. It’s a great reminder that artists have a lot of sway over everyone’s perception of the world.

Despite debunking the horned hat myth, it’s likely that popular media will continue to depict Vikings this way, because there’s no real harm in this headwear inaccuracy. Wear your horned hat to a Halloween party if you want. Everyone will know exactly what you dressed up as.