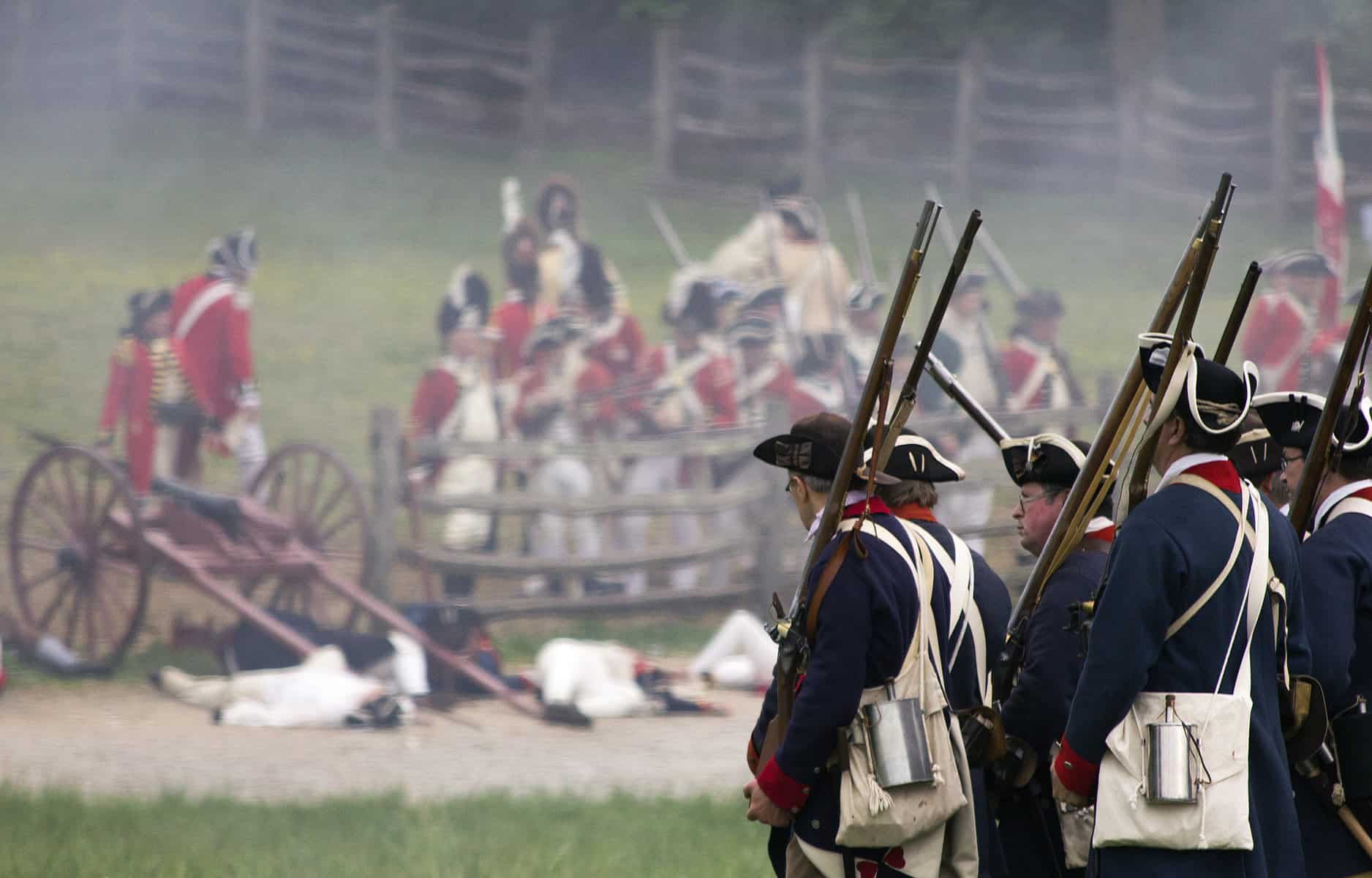 You don’t have to be a history enthusiast to recall war portraits where well-dressed soldiers sported their black cocked hats. The long road of the Revolutionary War resulted in many remarkable moments; the tricorne hat is perhaps one of the most visually memorable. Let’s take a look at some of the history behind it.

Tricorne Hats In War and In Life

Depicted often in portraits made of and during the Revolutionary War, the Tricorne hat has become largely associated with the conflict.  Its descriptive name leaves no mystery – the hat’s edges were tipped back at the front and at the sides, forming three pointy “corners.”

Despite being a style widely used during the War, it wasn’t an accessory limited to the battlefield; tricornes were commonly worn on the day to day of civilian life. The general appeal of the style of the hat was very particular to that specific time period. Men enjoyed being able to show off their new wigs (also then a trend on the rise) and carry it with ease, as it folded compactly. Read more about why people wore wigs in this article.

Revolutionary war tricorn costume hats are available on Amazon for those looking to replicate the look.

Made most commonly of animal fiber, the hat has been portrayed in paintings worn in a couple of different ways. While many soldiers seemed to have preferred them with one of the points facing forward, others were speculated to turn the flat side to the front, hoping to obtain the best line of sight on the field. As this hat was worn both by the Continental Army and the British forces, discrepancies can also be found depending on the soldier. Read more people famous for wearing tricorne hats in this article.

It’s All About the Details

A 1776 “General Order” document, written by George Washington, outlines how cockades are to be worn on hats in order to distinguish officers and their respective rankings. Amongst other war matters addressed, we can see specific colors assigned in the hopes of establishing clarity:

“[…] it has been found necessary, amidst such frequent changes of Troops to introduce some distinctions by which their several ranks may be known-” (Washington)

Cockades are known as an originally European accessory, worn often throughout the continent by those who wished to show off their political affiliations. While British soldiers were not known to have colorful cockades to represent their rankings, black cockades were common. In fact, they seem to have been what inspired the Continental Army to adopt this method.  Read more about Washington’s hat in this article.

Historical Discrepancies and the Search for Accuracy

Historical events, especially those lacking resources like photographs and videos, often present a challenge when it comes to narrowing down the details. Marko Zlatich, an archivist, researches the uniforms worn by the Continental Army during the Revolutionary War.

In an interview with the Washington Post, he emphasizes just how difficult it is to pin down the exact clothes and accessories that were utilized. Paintings, he states, aren’t entirely reliable, as they were often exclusively reserved for the more affluent members of society. In Marko’s research, he has discovered at least 66 different styles of uniform used throughout the War – only in Connecticut.

All this to say – while portraits and documents give us a general idea of the hats that were used during this time, it is important to be aware of possible variations. During a conflict that lasted over seven years, absolute consistency wouldn’t be the most viable concept.