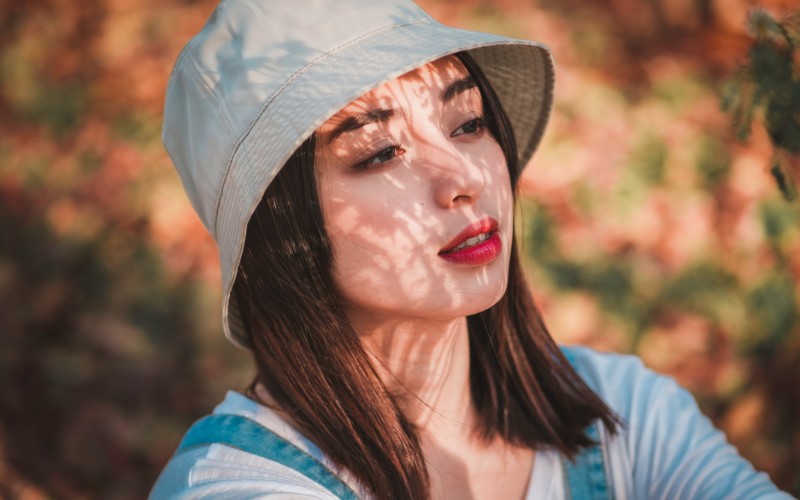 Whether you’re a fan of 90s rap music or need a functional hat to keep the sun off your neck, you’re likely familiar with the bucket hat.

These lightweight, colorful hats can be worn in countless contexts and have been in pop culture for decades.

Originally a fishing hat the bucket hat got its name from its unique shape. Its deep, circular base with a wide brim gently slopes down and resembles an overturned bucket. It has become a popular fashion accessory.

In the rest of this article, we’ll explore the unique characteristics of the bucket hat and its unique origin story. We’ll also see how the hat has evolved and the other styles of hats it’s influenced since its introduction.

What Is a Bucket Hat?

Although the bucket hat has been made from various materials throughout its history, you’re most likely to find it made from cotton or possibly wool these days.

Bucket hats often have embellishments like small eyelets to allow the air to circulate on the wearer’s head.

The rim of this hat is characteristically wide and slopes downward gently. It’s not a stiff-brimmed hat. The brim is naturally angled down for sun protection or pure style.

You can find cheap cotton bucket hats for a few dollars or designer options that could cost you hundreds.

When you wear a bucket hat, it loosely resembles a bucket being turned over and placed on your head. The hat gets its name from this signature bucket-like shape.

While wearing a bucket on your head might not sound like the most fashionable style, the bucket hat has found its place in the wardrobe of many stylish celebrities and on runways worldwide.

Let’s look at the bucket hat’s history and how this unique shape has been embraced in the last century.

A History of the Bucket Hat

The first version of the bucket hat appeared at the turn of the 20th century as a fishing hat.

Fishermen of the time wore a wool version of the bucket hat that was ideal for the conditions they were accustomed to working in. The lanolin in the material was naturally waterproof, making it suitable for any dreary, rainy weather.

Additionally, the shape of the brim would protect their faces and neck from the elements.

The hat dried out quickly and was also easily foldable. It could be tucked away in a pocket quite easily. This feature helped the hat catch on in popularity and spread outside of its home country of Ireland.

The Bucket Hat in the Miltary

The first militarized version of the bucket hat became popular in the Israeli military forces in the 1940s.

They tweaked the design and materials to be optimal for fighting in the desert. The thick wool material was replaced with lighter cotton options.

The Israeli forces needed headwear to protect them from the strong sun. They also added a few eyelets for ventilation.

The Israelis used the hat successfully, and the US military took notice of this innovation in headwear.

During the Vietnam war, the US saw the need for a hat that would protect American troops’ faces and necks from the Vietnamese jungle conditions. They began to mass-produce army green bucket hats for US soldiers.

This adapted hat would become known as the Boonie hat.

The militarized version of the bucket hat made it a lighter, more breathable version than the original.

The Bucket Hat in the Mainstream

By the 1960s, its shift into the mainstream had begun.

On the famed American TV show Gilligan’s Island, the titular character wore a signature bucket hat throughout the show’s run. In Caddyshack’s classic comedic film, you can also spot a bucket hat on Bill Murray’s character.

In the 1980s, the bucket hat continued to spread in popularity. This time, it took hold in rap and hip-hop communities across the United States. It became an iconic fashion choice for many rappers in the 1990s.

LL Cool J may be most memorable in his red bucket hat, but others before him, like Run-DMC and Big Bank Hank (part of the Sugar Hill Gang), also wore bucket hats.

Read more about hats worn by hip-hop artists in this article.

Nowadays, you can spot many successful musical artists wearing bucket hats from time to time. These musicians can cover a range of styles, from Jay Z to Justin Bieber to even Rhianna.

The hat has also become popular in the booming K-Pop scene.

The bucket hat also appears on high fashion runways, with top designers incorporating elevated versions of the hat into their signature outfits.

Read more here to discover why the bucket hat is so popular.

The Bucket Hat Around the World

While we tend to call it a bucket hat in the United States, this hat has taken on various names and nicknames around the globe.

The early Irish versions of this hat were called a “fisherman’s hat” and an “Irish walking hat.” In Australia, a military version of the hat is known as the “giggle hat” due to its perceived comical appearance.

The unique shape of the bucket hat is responsible for the origin and development of other hats. The Boonie hat, for example, is a hat that took its inspiration from the bucket hat and turned it into a highly militarized piece of headgear.

Before fighting in Vietnam, a version of the bucket hat was given to military troops and was called the “Daisy Mae.” The name came from a female cartoon character popular at the time.

When the Vietnam War broke out, and the need for tropical military headgear became severe, the Boonie was born. The Boonie hat became the version of the bucket hat given to American soldiers fighting in Vietnam.

In the early days of the Boonie hat, the demand was so great that these hats were often made of recycled materials. They were typically made in olive green or camouflage to make them optimal for military use. Additionally, insect nets were added to protect the wearer from mosquitos and other pests in the jungles.

By the end of the Vietnam War, this hat style became a standard-issue item and continues to be part of the US Military Uniform today. You can spot the difference between a Boonie and a bucket hat with slight variations in the design.

The part of the crown of the hat on a Boonie hat is typically not as deep as that of a bucket hat. The thought behind this is to obscure the silhouette of the soldier’s head, using the rim to create a contrasting shape.

The bucket hat has come a long way, from its humble beginnings with Irish fishermen to the high fashion runways worldwide.

It’s served functional and fashionable purposes and has become the go-to headpiece for many military servicemen and women worldwide. While its name may come from its resemblance to a bucket, its rich and varied cultural impact has become more significant.