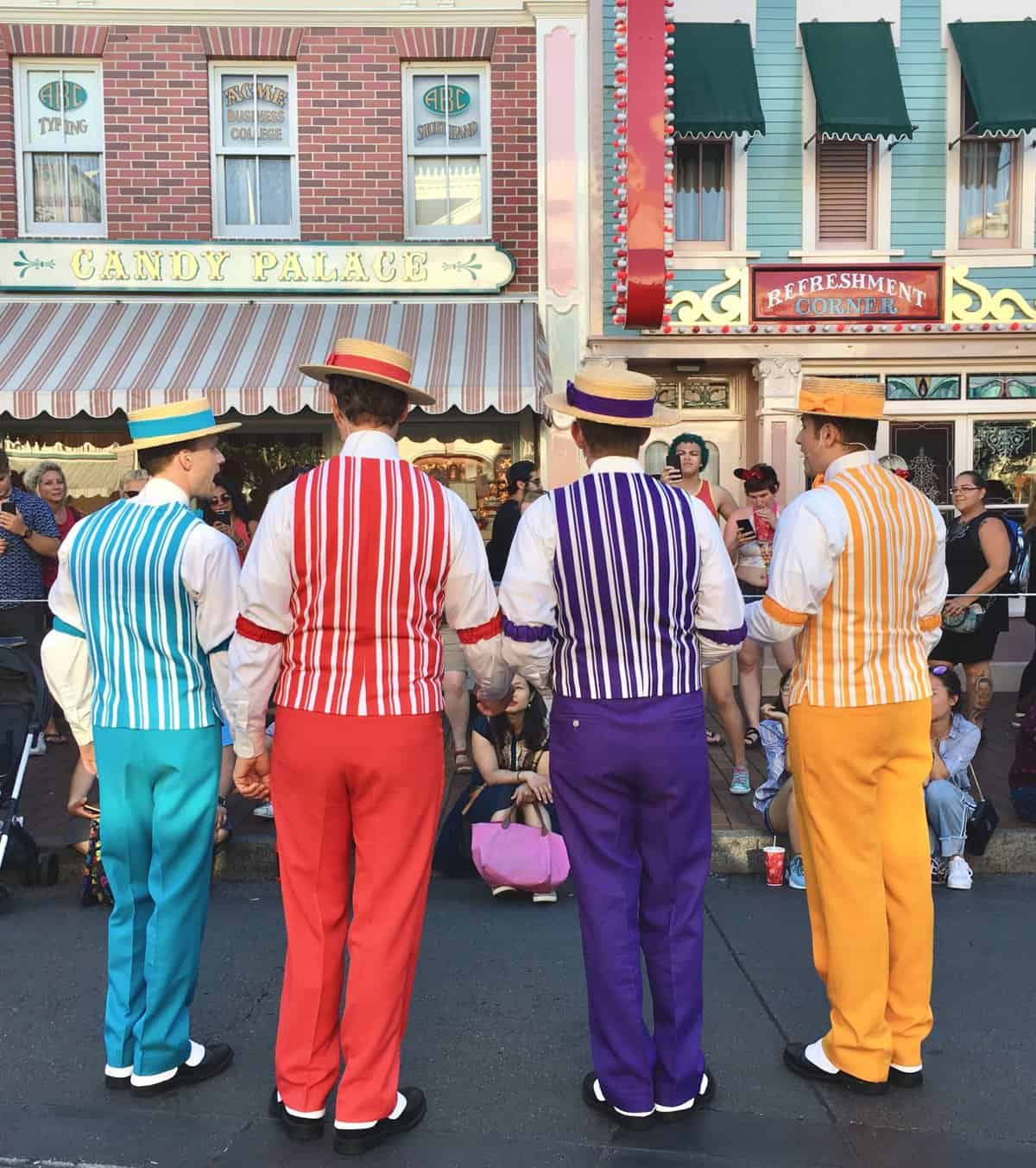 Barbershop quartets consist of four different singers who sing in a cappella. Their voices carry the tune without any need for musical instruments. Each voice is at a different pitch, and they harmonize together perfectly.

These hats are also called boater hats. They feature a white coloration, flat top, and flat brim circling the outside of the brim. Before barbershop quartets, the boater hat was used as a simple way to keep the sun out of a sailor’s eyes when boating. There are many different variations of the boater, and another famous boater hat would be the hat worn by gondoliers in Italy.

Normally, a popular choice for a barbershop quartet is a suit, bowtie, and boater hat. Each member of the band can get their own color, or each member could be wearing the same outfit and hat in the same color.

3:  The boater hat usually sported a ribbon or bow.

To aid in the color coordination, barbershop quartet hats had a thick ribbon wrapped around the hat that a could come together in a bow. This ribbon could be striped or be a single, solid color to represent the group of singers.

4: The barbershop quartet hat was also worn by schoolboys.

The boater hat was a required school uniform staple in the 1930s and was notoriously despised by the schoolboys who wore it. The shape of the hat also encouraged the schoolboys to throw it like a frisbee and try to skim it underneath passing busses. The schoolboys felt that the hat was awkward and strange-looking.

5: The barbershop hat is notorious in other music and shows.

Not only has the boating hat been used for barbershop quartets, but it has also been used as a prop for the stage and for vaudeville, which was a type of entertainment in the early 1900s. This history has made the hat iconic for early 1900’s music and if you pick one up today, you’ll likely want to burst out in song and dance while wearing it.