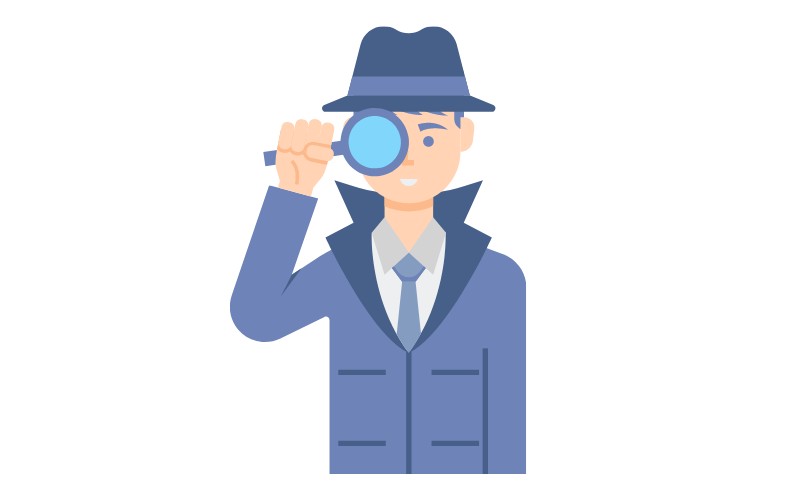 If you know Inspector Gadget, you know his iconic hat. Throughout the cartoon and film adaptations, Inspector Gadget’s hat never changed. While his hat seems similar to many others, such as the Fedora, it’s a unique hat with an interesting history.

Inspector Gadget’s hat is a trilby hat. This hat became the most popular in the 1960s and was named after George du Maurier’s novel Trilby when an actor wore the hat during a play adaptation of the book. The trilby hat is a staple piece to Inspector Gadget as well as others, like Frank Sinatra.

The rest of this article will discuss why Inspector Gadget wears a trilby hat, the history of the hat itself, how it differs from a fedora, and other famous figures to don it.

Why Does Inspector Gadget Wear a Trilby Hat?

Inspector Gadget’s everyday outfit consists of his gray trilby hat and trench coat, both of which conceal other gadgets. Inspector Gadget is known for never going anywhere without his hat, including when he sleeps. Therefore, his trilby hat is essential to his look.

As for why he wears a trilby hat over other options, the best assumption is because it’s not too big, considering Inspector Gadget wears it constantly, but it’s big enough to conceal extra gadgets. While other hats could have been chosen, the first Inspector Gadget cartoon premiered in 1983, when trilby hats were becoming popular again. Discover some more intriguing facts about trilby hats here.

Check out this Inspector Gadget flying figure on Amazon.

What Is the Difference Between a Trilby Hat and a Fedora?

Many people mix up the Trilby hat and the Fedora because they look very similar. While they both have very similar shapes, the trilby hat has a thinner rim than a fedora, and the rim is typically angled down while the back is angled up. However, the Fedora’s rim is more level. The styles only differ slightly, and both hats were worn during the 1960s, as they were popular men’s fashion pieces. Read more about the difference in this article.

When Was the Trilby Hat Discovered?

While most popular in the 1960s, the Trilby hat was first named after a play adaptation of the book Trilby written in 1894 by George du Maurier. It soon became a fashion piece among men, and in Britain, it was even known as the “rich man’s favored hat.” During the 1970s, trilby hats became less popular but made a comeback in the 1980s and were marketed for both men and women. Check out this popular classic trilby on Amazon.

Who Else Is Known for Wearing a Trilby Hat?

While Inspector Gadget wore the trilby hat constantly, other public figures also favored this hat. Frank Sinatra, for example, wore a trilby hat frequently. He favored this style of hat; therefore, he also wore many fedoras. Sinatra even has a trilby hat design with his name. Read more about the Sinatra hat in this article.

Inspector Gadget wears a trilby hat at all times. While this is commonly confused with a fedora, the hats are slightly different. A trilby hat is more angular, while a fedora has a straighter brim.

Inspector Gadget’s iconic trilby hat works to conceal his gadgets without being huge. Since the first Inspector Gadget cartoon was made at the beginning of the 1980s when trilby hats were making a comeback, it was an excellent choice for the fictional character.