Skip to content
Home » Famous Hats » Hats of Peaky Blinders – How They Shaped the Gang, and the Show 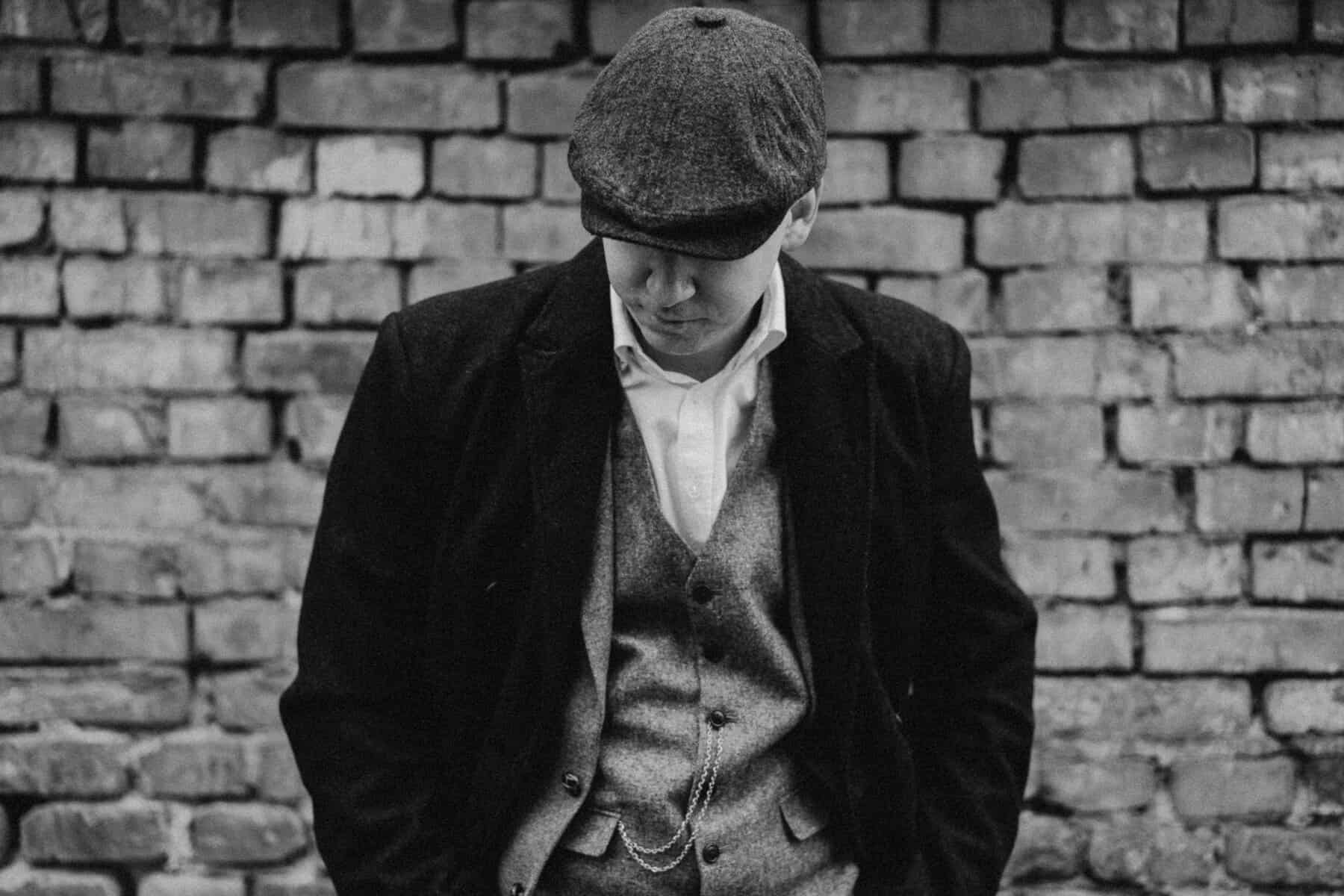 Set in post-World War I Birmingham and released in 2013, Peaky Blinders tells the story of the Shelbys, a gangster family. Although the show took significant creative liberties with its characters and plot points, it was inspired by the real Peaky Blinders – a notoriously violent street gang that dominated the streets of Birmingham at the turn of the 20th century.

Both in reality and on screen, the Peaky Blinders were known for their signature ‘uniforms.’ These included tailored jackets, long coats, and, most famously, peaked flat caps. Beyond just being a popular visual reference, the hats represented the identity of the gang, as well as of the Shelby family. Let’s take a peek into how the accessory helped shape this story.

One of the most signature moves of the Shelby Family as a criminal gang is their use of razor blades in physical confrontations. The blades would be sewn onto the peak of their caps, easily accessible and used to slash the eyes of their opponents. Effectively blinding their enemy, the Blinders would have an immediate advantage.

It may seem obvious, then, that this ruthless fight practice is what gave the gang its notorious name, but in fact this is not the origins of the name. Keep reading for the true origins.

From the BillyCock to the Flat Cap

In actuality, The Peaky Blinders dated back to 1890, rather than the 1920s gang depicted on the show. Birmingham Historian Carl Chinn sets the record straight. In an interview with BBC, Chinn reveals Charles Battle, an original member of the gang, sporting a billycock hat. He explains that this is the fashion representative of the first Peaky Blinders, and that it often accompanied a peculiar hairstyle: a side quiff plastered onto the forehead. The hat would be worn at a slight slant with the aim of showing it off.

Eventually, the hat was traded in for the flat cap, but the hair remained the same. The members of the gang would again tip the cap, only this time it would cause one of the eyes to be blinded by the peak of the hat. There you have it – the name ‘Peaky Blinders’ pays homage to the style of the group, rather than its violent methods of operating.

It also turns out that safety razor blades weren’t even popular in England at the height of the Peaky Blinders’ control. The gang is reported to have been defeated around the year 1910.

Yes, these discrepancies may be disappointing to some avid spectators of the show. But it can’t be denied that the real history behind the gang’s name remains true to one of its most famous characteristics: style. It is no exaggeration to say that the show has largely influenced fashion in the United Kingdom throughout its time on the screen. A popular and affordable example of these iconic caps is this bakerboy on Amazon by walker and Hawes.

The Sunday Post reported a “300% increase of searches for baker boy caps on eBay,” after only the first five episodes of the series had aired. Years later, we still witness the effect of Cillian Murphy’s character resonating around England. Read more about the popularity of flat caps in this article.