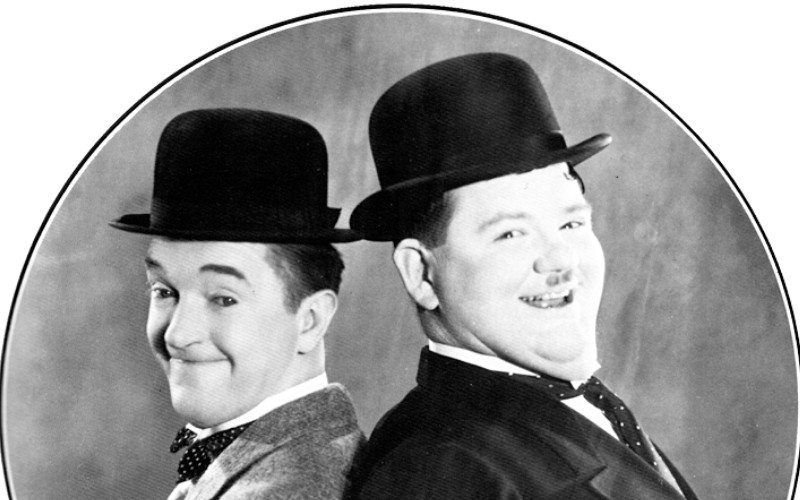 If there is a quick way to identify and distinguish the comedic duo of Laurel and Hardy, it’s through their trusty bowler hats. The American pair established itself in the comedic universe by way of their hilarious interactions, and often utilized their legendary accessories actively throughout their performances.

Here are 5 intriguing facts about Laurel and Hardy’s bowler hats:

The accessories reached iconic status for a reason – keep on reading to find out more about how these bowlers largely contributed to the fabulous career of these comedians!

1. Laurel and Hardy gifted an employee of the Belfast Opera House both of their hats in 1952

Mary McDowell was both a fan of the comedy duo and an employee at the Belfast Opera House, where they performed in 1952. Upon asking them for autographs after a performance at the venue, they went above and beyond, gifting her their iconic hats. Years later, McDowell would sell the hats to collector Neil McCormick, who would eventually put them up for auction.

When the McCormick family did choose to part with both of the hats, they sold them on auction for US$18,750, the equivalent of £ 13,624.The hefty price tag on these invaluable relics can be easily justified, as they undeniably came to represent the very essence of the American comedy duo throughout their widely successful careers.

3. The hats were not only a visual accessory, but also a prop for the pair’s comedic work

The hats certainly worked to make the pair a cohesive looking team, but even the way in which they were worn contributed to their comedic genius. While Stan Laurel intentionally wore his bowler a couple of sizes too small, emphasizing his slim, tall figure, Oliver “Ollie” Hardy would opt for a more appropriately fitted, slightly curved-at-the-brim hat.

4. When the pair would switch hats, movie magic would come into play

In films where the pair would switch their hats or get them accidentally mixed up along the way, movie magic would work to comedically emphasize the difference between the sizes of the hats. Hardy’s hat, on Stan, would be switched out to one of an even larger size, while Hardy himself would wear a far smaller version of Laurel’s already tiny accessory.

5. During films and their careers in general, Laurel and Hardy likely went through hundreds of bowlers

It may seem counterintuitive for fans of the comedy duo to assume that Laurel and Hardy didn’t always wear the same hat. Not only did they often switch out their bowlers, they likely went through hundreds of them during their careers. Various bowlers were created for each of their films, including the ones worn by the likes of stunt doubles and stand-ins. As we have already seen, the pair was also known for being extremely generous with their fan-base, often giving away their iconic hats after performances or meetings.