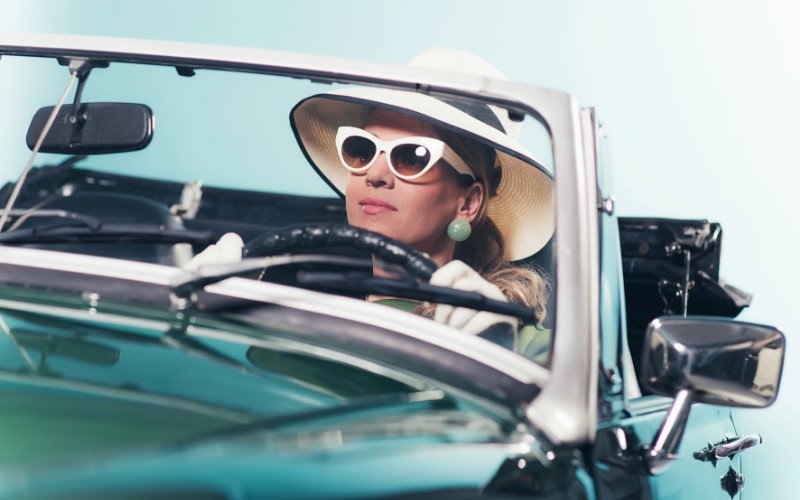 Mad Men takes place on Madison Avenue at an advertising firm in the 1960s. Thus, the fashion of the ’60s is prevalent throughout the show. Mad Men ran seven seasons spanning from July 19th, 2007, to May 17th, 2015. Since the fashion in the show matches the 60’s, the hats are also iconic as well.

Here are 5 intriguing facts about the hats worn in Mad Men:

Mad Men is expertly written and crafted with each character adding a unique aspect to the screen. The clothes they wear including their hats aid in this tricky balance.  Below the 5 intriguing facts about Mad Men hats are expanded upon.

1: The most iconic hat of the show is the Don Draper fedora.

Don Draper, the main character, is known for wearing the fedora hat. His hat has a black ribbon and a tapered crown. These hats also go by the name trilby hats. The hat highlights actor Jon Hamm’s face by the way that it is tapered and shaped. In the 1960’s hats were meant to call attention to a mans face instead of being the highlight. The fedora accentuates a clean, formal look.

2: Pillbox hats can be spotted being worn by the women of the show.

Peggy Olson, Don’s Draper’s secretary, has been seen wearing pillbox hats alongside her stylish and sophisticated outfits. Pillbox hats were especially popular in the ’50s and ’60s and were famously worn by Jacqueline Kennedy. Pillbox hats add an air of elegant simplicity to any look. They can be made of many different materials and expensive animal furs such as fox, mink, or leopard. Pillbox hats could also sport a veil. Read more about the pillbox hat here.

3:  Each character’s clothing (including the hats!) was meticulously picked.

Every clothing item and hat choice was intentional in Mad Men. This is what makes the show such an expertly crafted work of art. Hats are used in the show to demonstrate a characters personality, their lifestyle, and accentuate the features of the actor or actress.

The 1960’s were a transitional period in which hats were becoming less and less common as an everyday item. Famous individuals were no longer wearing hats, and thus, the public followed. However, older gentleman still followed the hat wearing tradition. The older individuals on the show are seen wearing hats whereas younger men are not.

5: The brown color of his hat and suit could be symbolic.

In the show when Don returned after a leave of absence from the ad agency, he is seen sporting a brown suit and holding his brown fedora in hand. Normally, Don had chosen a gray suit previously. This brown color could represent modesty and a different side of Don.