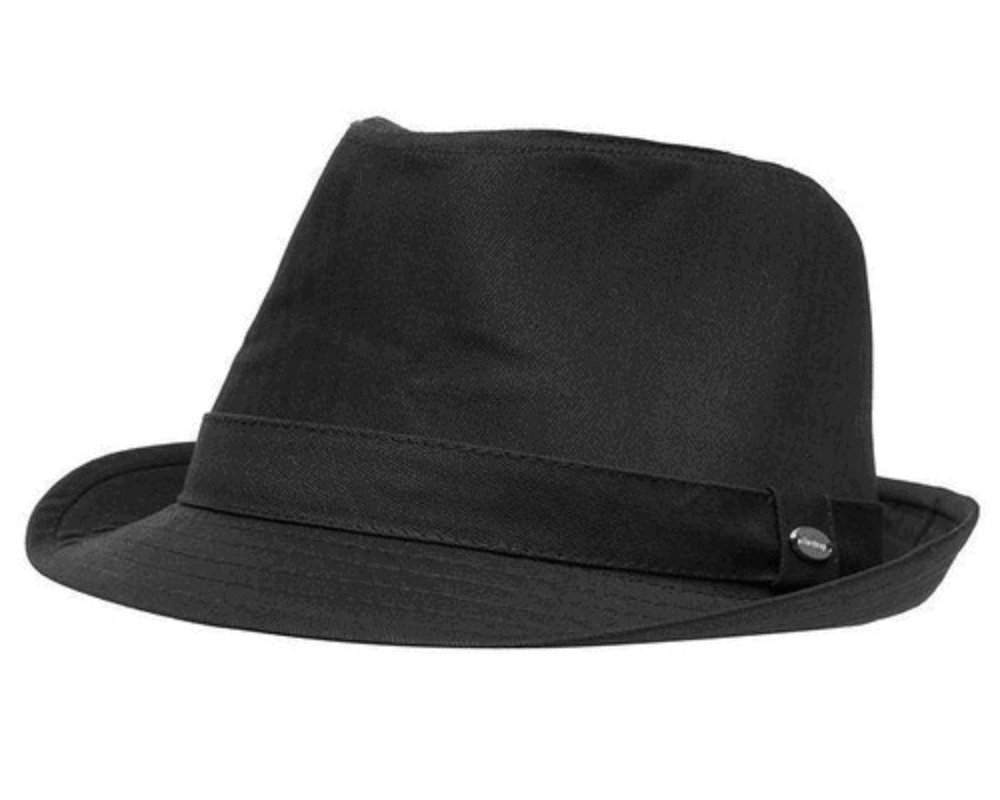 The Trilby hat, with a narrow brim, used to be popular among rich men who would don them at horse races. The hat got its name from a stage adaptation in London, and interesting enough, the hat has a shape similar to that of a Tyrolean hat. But these intriguing Trilby hat facts are only scratching the surface!

To learn seven intriguing facts about Trilby hats, read on!

Check out this popular classic trilby on Amazon

Trilby Hats Got Their Name From the Novel ‘Trilby’

In 1894, the first play of the stage adaptation of George du Maurier‘s ‘Trilby’ in London showcased the hat style, now known as the Trilby. The Trilby’s shape looks similar to that of an Austrian Tyrolean hat. The difference lies in the fabric and overall construction.

The Tyrolean is most common at traditional events (Oktoberfest being one). The hat is often referred to as an Alpine or Bavarian hat.

Trilby hats typically have a ribbon around them, whereas Tyrolean hats have strings curling around them, usually with a feather on one side of the hat.

Although the Trilby hat got its name from a stage play, the word was a nickname for feet, referenced in the story. The story explained Trilby’s feet and how they became objects of admiration. Since one of the actors wore a hat that looked similar to the Fedora — but with a shorter crown and more narrow brim — during the performance, the hat was then named Trilby.

People Often Confuse the Trilby for the Fedora

Hat connoisseurs will know their Trilby or Fedora hats well, but not the average wearer. Many people mistake the two since they look so similar.

The differences between a Fedora hat and a Trilby hat are:

Read more about the difference in this article.

Yes, the infamous Frank Sinatra was always spotted wearing a Trilby hat, and that’s how most people still remember him. Today, you can even find Trilby hats sharing his name. Frank Sinatra was a fan of dark or muted Trilbies, often made of felt or wool, but always luxurious!

Sure, Frank Sinatra was also famous for his Fedora hats, possibly explaining the public confusion about the two. Sinatra arguably looked his best in his Trilby hats, which matched his slender shoulders and made him look very stylish.

Read more about Sinatra’s hat in this article.

Trilby Hats Can Be Worn All Year Round

The versatile Trilby can be worn all year round. When it’s summer, pick up Trilby hats made of tweed, straw, or cotton. In winter, don Trilby hats are made of warm fibers like wool, cashmere, or merino wool.

Depending on how you style your Trilby, it can make you look youthful. Match your light-colored straw-style Trilby hat with a smart casual or semi-casual outfit and loafers if you’re wearing it in the summer.

In winter, you can swap your summer Trilby hat with a winter one made of felt and pair it with a matching warm coat, pants, and black shoes.

Check out this popular trilby on Amazon from Belfry hats.

The Fedora and Trilby are excellent hats regardless of the ongoing “which hat is better?” debate. It all depends on how the wearer wants to look.

Because of the Trilby hat’s narrow brim and shorter crown, the hat is more suitable for men with slender shoulders — which explains why Sinatra looked good in it. Men with a broader build look better in Fedoras with a wider brim.

Trilby hats don’t provide much protection from the sun, so they’re more of a fashionable accessory that looks more casual than Fedora hats, perfect for strolling in the cities.

The Fedora receives insults for being the hat worn by men who try hard to look cool. Sadly, the Trilby isn’t treated much differently. Some people think that the hats are old-fashioned, while some associate hats with suits; therefore, they should not be worn with casual wear.

Read why some people think the trilby is better than the fedora in this article.

Although Trilby hats get terrible publicity (just like the Fedora), many people continue to wear them for elegance. Frank Sinatra was famous for his Fedora and Trilby hat collections, and many other prominent figures today also wear them.