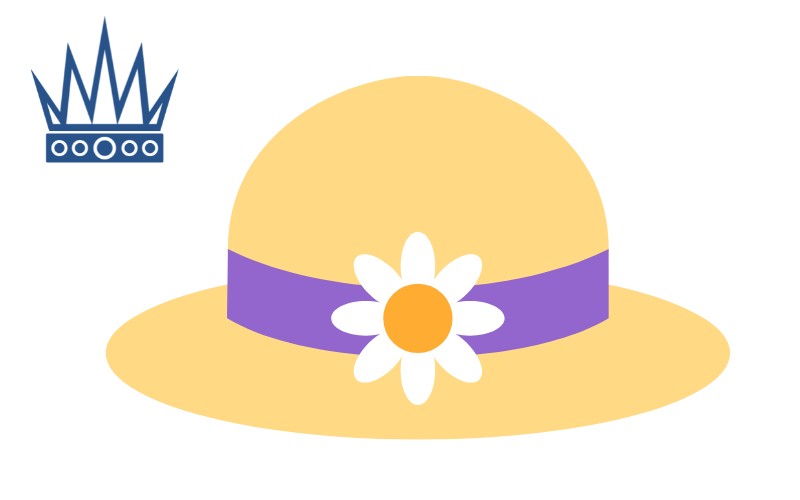 Nobody does hats better than the British, and the Royal Family are the ones to prove it. When Kate Middleton married Prince William, she quickly became a style icon for fans all over the world. In particular, her elegant hat choices have been highlighted as true fashion moments, and it’s no wonder why. Often matching her preference for neutral tones, the headpieces modeled by the Duchess of Cambridge are elegant and tasteful. Occasionally, the Royal also opts for slightly louder, more fun options that keep us on our toes.

The public and the media have long been obsessed with keeping up with royal fashion, adding yet another reason why flawless looks have to be planned for every occasion. Strict dress codes that are said to be implemented within the family are another topic of conversation amongst observers. What part did hats play in Kate Middleton’s Royal fashion journey?

A New Accessory to Mind

The convention of wearing hats is one that has been around for decades; up until the 1950s, it was very rare for women to be seen without one, no matter the occasion. Back then, hats were considered lady-like as they covered women’s hair in public, and modesty was encouraged. While that particular reasoning has lost its relevance over time, hats are still very much an important part of the royal wardrobe. Although headwear isn’t required for everyday life, it is a common part of the dress code for special occasions, which, when you are a Royal, are more than abundant.

It is likely that the custom was something that the Duchess had to get acquainted with, as it wasn’t likely that she was required to wear such elaborate headpieces prior to her engagement and marriage. Despite the new territory, it is safe to say that Kate Middleton quickly came into her own when it comes to finding her hat style.

The 2011 ‘Trooping the Colour’ ceremony was Kate Middleton’s first post-wedding engagement in which she wore a hat. The choice to celebrate the Queen’s birthday was a regal, navy blue design by Sylvia Fletcher for Lock and Co. Hatters. Over the years, the famous hat designer has become a trusted hat maker for the Duchess, who has worn her creations repeatedly.

The design, as her style has known to be, was classic and elegant, and has been said by some to be one of the most stunning hats in the Duchess’ collection. Her first headpiece as an official Royal made a solid foundation on which her style would flourish.

Throughout the ten years in which she has exercised her royal duties, Kate Middleton has never left simple, traditional, timeless styles behind. She has, however, expanded her fashion horizons and allowed herself to explore bolder accessories for her looks. In 2017, during the Royal Ascot, the Duchess opted for a more spirited, summer white fascinator. The hat matched her beautiful, high-neck lace dress.

When it comes to the Royals, fashion risks imply a somewhat different meaning than it does for the rest of us. Kate Middleton has managed to maintain her status as a style figure over many years, all while succeeding in keeping with the rules of her family and experimenting with fun hat fashion. We are always looking forward to seeing what’s next for the Duchess.