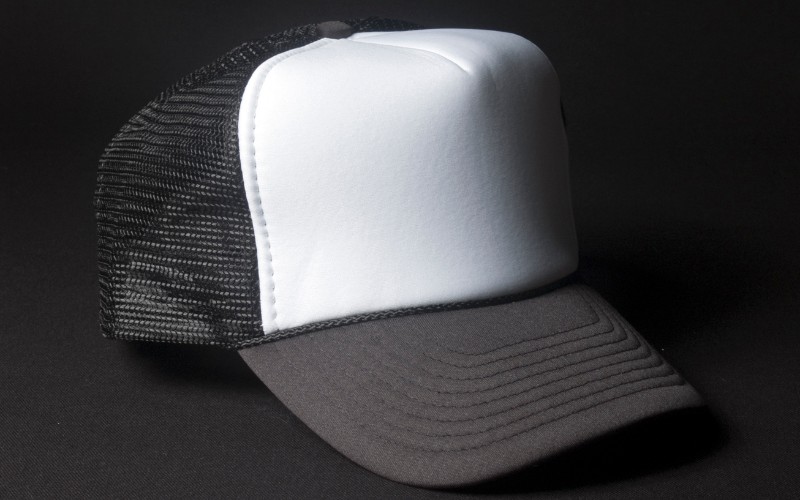 If you’ve ever been shopping for a new ballcap, the chances are high that you’ve come across the trucker hat. Similar to a ballcap, but with a mesh back instead of a solid back, the trucker hat became popular in the 1970s and has been an enduring hat style ever since.

Curious about the history of trucker hats and how their functionality is different from other hat styles? Learn more about trucker hats below.

Check out the New Era 59FIFTY Trucker Variant on Amazon.

What is a trucker hat?

As late as the 1960s, truckers wore peaked mechanics caps. However, in the 1970s, major companies began giving away trucker hats with their logos on them at truck stops. This is how trucker hats started to become popular since they were free and comfortable for long truck routes.

How did the trucker hat get its name?

Trucker hats were common at truck stops, one reason they earned the name “trucker hat.” That being said, there are other nicknames for trucker hats, all of which stem from their use as promotional items for major brands.

Some call trucker hats “gimme” hats since they were a part of giveaways. Others call them “feed caps” since many farmers and other rural workers aside from truckers wear them.

What’s the difference between a trucker hat and a regular ball cap?

While trucker hats look quite similar to traditional ball caps, there are a few key differences between the two hat styles.

For starters, the plastic mesh at the back of the hat is a major departure from traditional ball cap design. However, there are other minor differences that you may not see at first glance.

For example, the front of a trucker hat is much broader than a traditional ball cap. This means that the overall height of the hat stands a bit taller. The front of trucker hats is also made of foam and not cotton.

Although trucker hats first became popular in the 1970s, they have since seen a resurgence in fashion. In the early 2000s, hip-hop culture popularized the hat style, while other subgroups such as skaters and the punk movement have also adopted the hat as a symbol of their identity.

As far as celebrities go, there are many famous musicians and actors who have rocked a trucker hat. In fact, there’s a bit of some drama between actor Ashton Kutcher and singer Justin Timberlake regarding who started to bring the trucker hat back into fashion.

Many credit Kutcher for popularizing the trucker hat and making it more mainstream; however, Timberlake claims that he’s been wearing trucker hats since he was a teenager, unconcerned with looking stylish or trendy.

From its humble, working-class beginnings to its celebrity adoption, the trucker hat has a fascinating history. Now that you better understand what trucker hats are, you may have a greater appreciation for them when you see others wearing them.