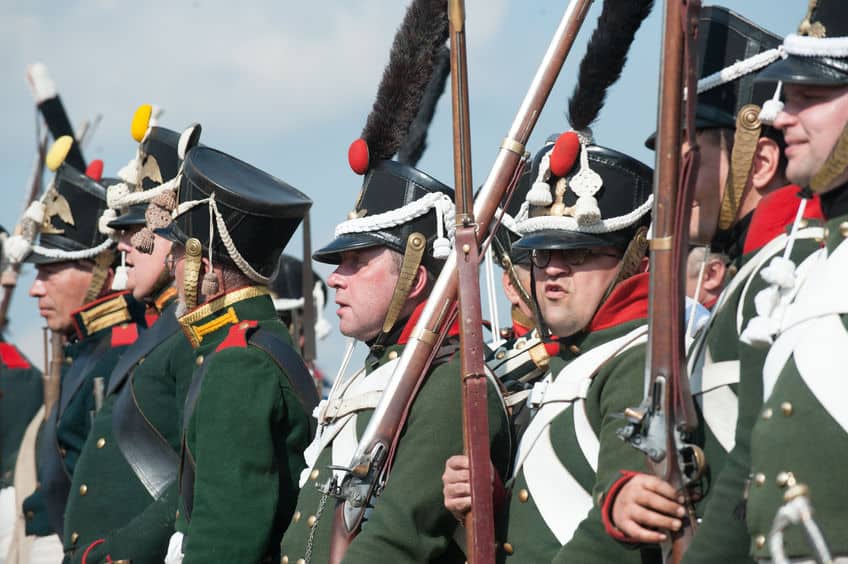 Shako hats have a unique look with their tall, cylindrical crown, flat top, and small visor. Let’s take a look at what makes the shako hat so interesting.

Shako hats were popular during the 19th century and eventually replaced the bicorne (headgear of the 18th century). Many regiments wore the hats throughout the Americas and Europe. It was common for soldiers to sew military badges on the front of the hat.

This article will cover five intriguing facts about shako hats, including when the hat was popular and who commonly wore the hat.

The Shako Is a Military Hat

The shako was a dominant military headdress throughout the Americas and most of Europe, as many different army regiments donned the hat during the 19th century.

Hatmakers used leather, and heavy felt to construct the hat. The tall crown protected the soldier’s head, while the small visor decreased the chances of heat stroke and sun exposure.

There Are Over Five Variations of the Shako Hat

The Belgic shako looked slightly different with its raised front, which the Portuguese marines and army used. Other variations included the regency, bell-top, Albert, and quilted shako.

The Shako Replaced the Tricorne

The shako was only one of many common military headdresses throughout history. During the 18th century, the tricorne was the reigning hat design of the military. However, when the shako started to gain popularity, the use of tricornes went down.

We can assume that many soldiers welcomed the change with open arms since the tricorne was a bulky and heavy hat.

The Hat Is Often Decorated With Different Ornamentation

It is rare to see a shako hat without any ornamentation, as many shako hats have decorative plates or badges on the front of them. Feathers, pompons, or plumes were sewn or glued to the top, which made it easy to show off a soldier’s ranking.

Many people see the shako as a military hat. However, the shako did not always belong to soldiers, as thousands of years ago, shepherds wore the tall, cylindrical hat as part of their clothing ensemble.

Along with the hat, shepherds wore cotton tunics, which were helpful when tending to their sheep in the hot sun.

Military regimes often wore the shako hat throughout the Americas and Europe during the 19th century. Hatmakers would attach various ornamentation pieces such as badges, feathers, pompoms, and plumes to the front of that hat.

If you want to learn more about military fashion throughout history, check out Sir Frederic Stibbert European Civil and Military Clothing from Amazon.