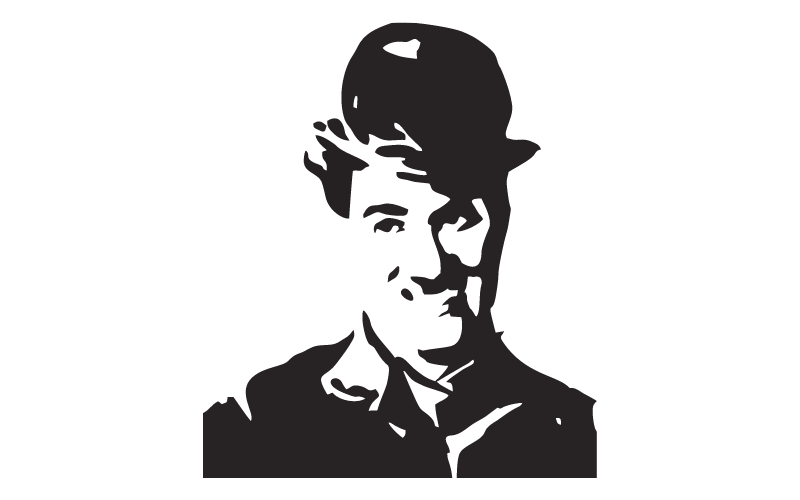 Charlie Chaplin is one of the most famous comic actors, known for sporting an iconic brimmed hat.

The great actor, Charlie Chaplin, is famous for his persona of ‘The Tramp.’ With great personas come great hats.

Today we will look at five intriguing facts about Charlie Chaplin’s hat, including what kind of hat it was and how it came to be associated with the comic actor.

The iconic hat that Chaplin wore was a bowler hat, first created in 1849 by Thomas and William Bowler. The hat had a wide, curved brim with a rounded crown. This hat style was most popular in the nineteenth century, worn by men as semi-formal attire.

In America, the Bowler hat is known as the derby hat. The hat was called a derby in America as it became popular at the Kentucky Derby. The hat became popular among many famous Americans including Butch Cassidy and Billy the Kid.

Read more intriguing facts about bowler hats in this article.

Charlie Picked the Hat out Himself at Keystone Studios

It was a typical rainy day when Charlie Chaplin first set his sights on the soon-to-be iconic hat.

During a slow day at Keystone Studios, a director that Chaplin was working with told him to put some makeup on and pick a costume. The director emphasized that any outfit would do and that they just needed an entertaining character to work with.

Chaplin chose the bowler hat to accompany the rest of his costume, which started as a vague idea. The costume consisted of baggy pants, a tight shirt, and oversized shoes.

The Hat Was Part of Chaplin’s Persona ‘The Tramp’

Without the famous bowler hat, there is no ‘Tramp.’ The hat that Chaplin chose at Keystone Studios became an essential piece of his iconic persona, The Tramp.

The character was a well-meaning yet bumbling man trying to make it through life successfully, with Chaplin’s persona performing many gags.

There Is More Than One Iconic Chaplin Hat

A memorabilia specialist named Lucy Carr mentioned that there are more than one hat and cane. However, it is hard to know exactly how many. Charlie Chaplin played The Tramp in several different movies, so it would make sense that the prop department had created multiple copies at some point.

In 2012, an auction house in London sold one of Charlie Chaplin’s bowler hats and canes for $62,500. Since the hat and cane were from a private collection, there could be concerns about the prop pieces’ authenticity. However, experts found evidence that the hat once belonged to Chaplin.

If you want your replica (that is cheaper than 60k), check out the GEMVIE Black Derby Hat from Amazon.

Charlie Chaplin’s hat was a crucial fashion piece of his persona, The Tramp. It may be a surprise that Chaplin did not plan the character but only had a vague idea of The Tramp’s costume. When Charlie Chaplin searched the studio’s prop room, he picked the hat (a derby hat) that would soon become Chaplin’s trademark.

Discover other people famous for wearing bowler hats in this article.