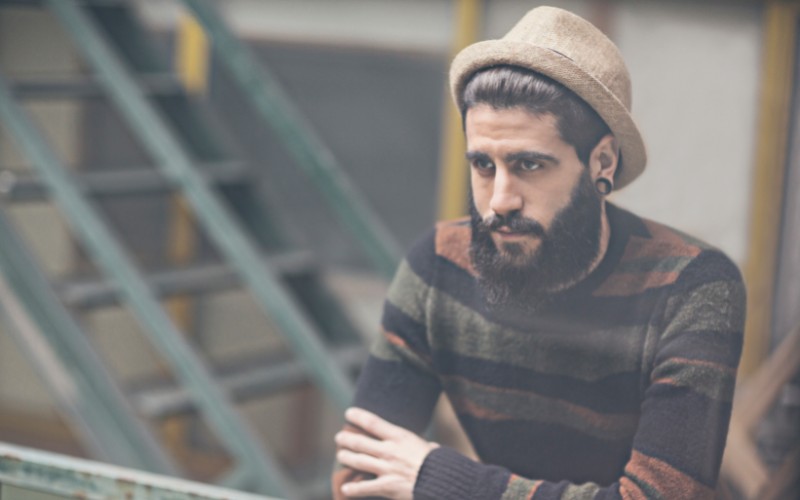 According to one definition on Urban Dictionary, “hipsters are a subculture of [people]… that value independent thinking, counter-culture, progressive politics,…and creativity.” Hipsters are constantly pushing the envelope by starting trends that might not make sense to people who are more “mainstream.”

The hipster hat is an iconic symbol of this group. From fedoras to helixed beanies, hipsters love hats. Here’s everything you need to know about hipster hats explained.

Why do hipsters wear hats?

Hats used to be worn for all occasions—including everyday wear—until about the end of the 1920s. From the 20s, there’s been a slow decline in regular hat-wearing. Nowadays, most people will only be caught in a baseball cap or a winter hat.

As a subculture, hipsters are drawn to striking a visual difference between themselves and the “everyman.” Certain types of hats have fallen out of style, and as such, hipsters have resurrected these hats with their modern spin.

Depending on the type of hipster, hat-wearing represents almost a certain nostalgia.

For example, some hipsters can be spotted wearing bowler hats with brightly colored bands with feathers. These hats go well with their highly coiffed facial hair and typewriters. All jokes aside, hipsters wear hats because it’s a simple way to make a bold statement.

What kinds of hats do hipsters wear?

The answer to this question depends on the person. The thing about counter-culture is that it’s never “one-size-fits-all.” Here’s a round-up of hats that hipsters commonly wear.

What’s more quintessential hipster than a fedora? Fedoras have a particular draw to hipsters because they can be dressed up or down depending on the occasion. Due to the structure of the hat, they’re always eye-catching.

They’re also highly customizable, so hipsters show off their creative sides every time they wear their fedora.

A bowler hat is a little more “hard-core hipster” than a fedora because you can’t get away with wearing just anything with a bowler hat if you still want to look fashionable. Like the fedora, a bowler hat gives wearers many options for hat bands and decorative feathers.

If you feel like you were born in the wrong century, a bowler hat is a great way to express your ties to the past.

At face value, beanies aren’t necessarily hipster; however, it’s not always about the type of hat but how you wear it. Hipsters are known to wear beanies no matter the weather because it’s about aesthetics rather than comfort. Even if it’s the dead of summer, a beanie is a viable option for a hipster.

Hipsters also subvert fashion by wearing their beanies in a few different ways. Helixing your beanie is very popular. According to The Guardian, helixing is when the beanie “is perched on the crown of your head with your ears exposed.” You may recognize this look from the likes of Harry Styles.

Flat caps are good for just about every occasion—even weddings! They’re also lightweight and easy to store, making them a great option for hipsters when they’re on the go.