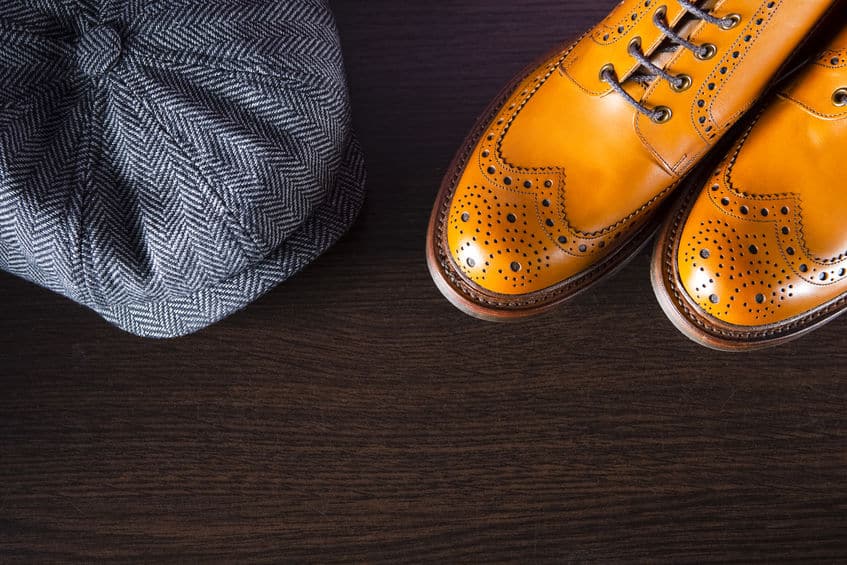 Newsboy caps are the ultimate hat of the people. They symbolize hard work and solidarity, and are stylish at the same time.

The newsboy cap got its name from the newspaper sellers on the streets of New York in the 19th century. Newsies were poor, homeless children selling papers to earn money. Like the British flat cap, this hat has roots in revolution, strikes, and the labor class. It is now an icon of working people.

When standing on the street corner or walking house to house, the newsboy was the hat of choice to get the job done.

These caps were perfectly utilitarian as their wool makeup lent itself well to the coastal climate’s cold temperatures.

It wasn’t just newspaper boys donning the cap, but the working class. As newsies, predominantly kids who struggled with their living conditions and lack of money, these hats symbolized struggle and solidarity among all laborers.

Typical depictions of the newsboy workers we see in movies are far different from reality. Most of these children were living in poverty.

These poor, homeless kids sold papers for work but only made around 30 cents daily. Thousands of newsboys suffered on the streets, begging people to buy their papers. Most slept on the streets while others found shelter in lobbies, under stairways, and any other location they could find.

The upper class soon joined in on the fashion trend when participating in various leisurely hobbies. While the demographic of newsboy caps transcended paper sellers, the name stuck.

A popular newsboy cap today is this Brixton herringbone available on Amazon.

Historical Significance of the Flat Cap

Before the term “newsboy cap” got coined and the hat gained popularity in America, the British flat cap was being mass-produced to promote the wool industry. While the two hats differ slightly, their origins share the same roots.

Hat of the British Working Class

In 1571, the government in England was looking for a way to increase the sales of wool, the backbone of their economy. To do this, they legislated that on Sundays, all non-noble men over six must wear a flat wool cap. Those who did not comply with the new law would have to pay a fine instead.

Leaving the people without much choice, the sale of these hats boomed, stimulating the wool industry as the government had intended. Though the law only lasted 26 years, the flat cap maintained its popularity with the people. As the legislation targeted laboring individuals, the flat cap became a staple of the working class’s identity.

The hat became so highly associated with the laboring class that when Russian Communist Party founder and Bolshevik Revolution leader Vladimir Lenin swapped his silk homburg hat out for this tweed cap, it was a grand political statement.

As the hat of the people, Lenin’s appearance wearing the flat cap was iconic: it symbolized he was, in fact, there to fight for the working class.

Lenin’s attire was so influential that Scottish Labour Party member James Keir Hardie donned the hat in the House of Commons. Hardie’s actions, though seemingly insignificant, were highly political.

Dressing in average workday clothing, when it was expected of parliamentary workers to adorn silk hats, was the ultimate statement that his loyalty was to the people. This move was so controversial that he was highly ridiculed for it.

Despite its roots, the flat cap became an upper-class accessory. However, they wore them made out of more expensive materials. The hat was the perfect accessory for games of golf, hunting, or other leisurely activities. Soon, the flat cap would become a universal trend.

Italy and Turkey followed suit as the hat rose to popularity in the 19th century. It grew to become a practical fashion statement regardless of class. The cap took on some slight changes when it made its way to America and became the newsboy cap.

Here, schoolchildren and young men were regularly adopting the hat as well. Regardless of the outfit, this accessory paired well with it.

These days, the flat cap is much less a sign of class than it once was – and is not the result of legislation – but a timeless accessory that blends classic with modern. Today, flat caps are gaining traction again as they are donned by celebrities like David Beckham, Harry Styles, and even characters such as Super Mario.

Are the Newsboy and Flat Cap Actually the Same?

Technically not. However, their origin stories remain the same. Think of the newsboy cap as a slight variation under the flat cap umbrella. Similarly, the newsboy cap is often considered the American version of the British flat cap.

Both hats are typically made from tweed, a rounded top with a brim, and are low profile. The newsboy and flat cap’s basic structures are identical, but they hold some technical differences.

The newsboy cap has a looser fit than the flat cap. Its silhouette appears rounder with an almost puffy look. Some would even describe the newsboy cap as baggy – a trait you would never use to describe a flat cap (hence the name). Newsboy hats are composed of eight sections of fabric attached in the middle with a fabric-covered button.

Flat caps, however, are better suited for colder climates. You’ll notice that these hats have a sleeker, more uniform appearance, unlike the segments of the newsboy hat. The look of these caps is sturdier and smoother than its counterpart.

You can check out this popular flat cap on Amazon.

After a hiatus, the newsboy and flat cap style are very much back and going nowhere anytime soon.