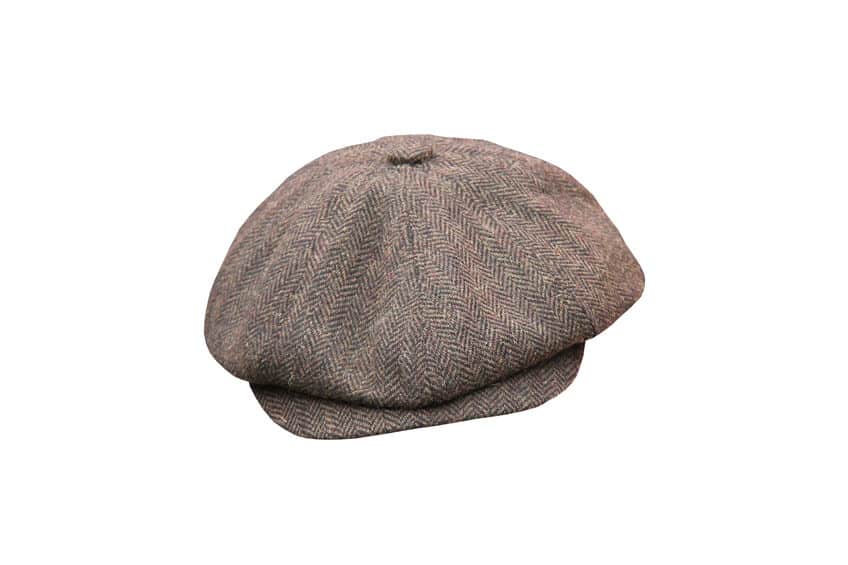 Newsboy caps are derived from the flat cap that has a history In England stretching back over 600 years ago.

Named a bonnet initially, it changed to ‘cap’ somewhere in the 1700s except in Scotland, where they call it a ‘bunnet’ even today.

The Newsboy fashion is still part of the American culture, from Cabbies to celebrities.

Discover more about the origins of the newsboy cap here.

Check out this popular Brixton Newsboy on Amazon.

You Could Be Fined for Not Wearing Your Cap on Sundays

The newsboy cap is a descendent of the flat cap, which originated in 14 century England. An interesting fact is that Queen Elizabeth, in 1571, made it compulsory for all men six years and above to wear these wool caps on Sundays. Those who did not face a penalty of 3/4d per day.

The Queen imposed this parliamentary law to boost domestic wool consumption and discourage wool trade from the Spanish-held lands. Because only the nobility was allowed to escape this law, the flat cap became associated with the working classes.

The Newsboy Cap Was Once a Sign of Upper-Class Leisure

Mass Irish immigration to the USA brought the Newsboy cap to America and influenced the American cap fashions in the 19th and 20th centuries.

The 8-piece ‘paddy cap’ or newsboy cap became part of American culture. Meanwhile, the Newsboy had gone through a social reversal of fortune in Europe.

With the arrival of open-topped motor cars, the English Upper Classes adopted the cap as a driving cap and the chosen headwear for leisure activities such as golf, hunting, and leisure pursuits in general.

The Newsboy became posher, and hatmakers turned to expensive tweeds and handwoven fabrics to elevate the humble Newsboy for its new social rank.

The Newsboy Is a Fashion Statement

The iconic style of the Newsboy has been popularised by both media and adopted by stars such as David Beckham and Brad Pitt. Leonardo DiCaprio has also made the style his own and is often out and about with his signature Newsboy.

The 2000s saw a resurgence in interest in the humble Newsboy, with celebrities such as Cameron Diaz, Brittany Spears, and Nicole Richie showing that the Newsboy could be a ‘newsgirl’ just as well.

The BBC show ‘Peaky Blinders caused an upswing of interest in the Newsboy, and the style became assimilated into the burgeoning “steampunk” and Hipster culture of the last decade.

The Newsboy Is a variant of the Flat Cap

Although the newsboy is similar to the traditional flat cap, there are distinctive differences between the two styles.

The newsboy cap has a rounder body with the signature button on top, which some say was carried down from the Scottish team o’ shanter. It is typically made with an eight-panel design but can also sport a six-panel construction.

The more rounded shape makes the hat stand differently on the head and slightly more puffy than the sleek brim of the scally cap. The newsboy takes further variations such as the 8-quarter cap or 8/4 cap.

The top of the flat cap or Ivy cap is made from one solid panel of fabric that has a smoother appearance than the newsboy, with a snap that holds the body of the cap to the brim.

The ‘Peaky Blinders’ Were a Real Gang

The BBC series that made the newsboy biome popular in mainstream culture was based on a real gang in Birmingham, England, from the late 9th century to the early 1900s. The gang was made up of the lower and middle class and rebelled against the harsh economic deprivations of working-class Britain.

The Peaky refers to the newsboy caps that the gang adopted as their trademark, and historians believe the ‘blinders’ to be slang for a person of dapper appearance.

Otherwise, some historians believe that the ‘blinder’ term referred to their MO of pulling a victim’s cap over their face from behind before assaulting them. The show also depicts the characters placing razor blades on the brim of their hats and slashing their rivals.

Discover more about the Peaky Blinders and their hats here.

Comfortable working-class wear or signs of a Hipster? The newsboy will continue to thrive as each generation reinvents this faithful old classic. Comfortable and iconic, the newsboy suits all ages and genders and moves in and out of fashion almost like clockwork.

If you make the newsboy your signature, history has proven that fashion will follow you.