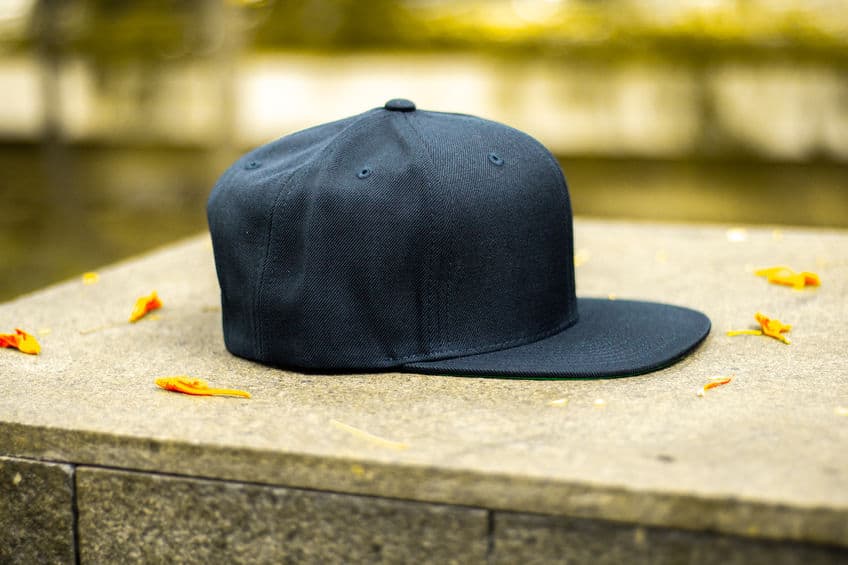 In recent years, hats have begun to gain popularity once again. Baseball caps and snapbacks are two hat styles at the center of this so-called hat revolution. These two styles have several similarities and differences.

The difference between baseball caps and snapbacks is the way they are adjusted. Baseball caps typically have an adjustable cloth strap on the back or are fitted, compared to a plastic strip that snaps into position on a snapback. Snapbacks are also often worn with a wide flat brim.

What Are the Main Differences Between Baseball Caps and Snapbacks?

The most notable difference between baseball caps and snapbacks is the way the hat is adjusted.

Baseball caps typically are made with adjustable cloth strips that can be loosened or tightened and then secured by a metal clasp.

The back of a snapback has a plastic strip with holes. The wearer can snap the strip in place to fix the size.

Shape of the Bill

Another notable difference between baseball caps and snapbacks is the style of the bill. Snapbacks have a flat, wide brim attached to the front of the hat.

Many baseball caps will arrive flat and can be shaped by the user. You can check out these tips for bending the bill.

It became a popular look to not bend the brim, a style often associated with the snapback.

The 9 FIFTY is New Era’s snapback model. You can check it out on Amazon.

You can read more about the 9FIFTY in this article.

The History of Baseball Caps

The earliest version of the baseball cap was first worn in Brooklyn, NY, by Brooklyn Excelsiors baseball club members. The brim of the hat, known initially as the “peak,” was incorporated into the design to shield the athletes’ eyes from direct exposure to the sun’s harmful rays.

Over the years, numerous styles and variations of the baseball cap have been launched. The baseball cap is, to this day, one of the most recognizable symbols in material American culture and fashion.

The snapback is just one style or subdivision of the baseball cap. Sports fans were growing anxious for a revived, modern fit. Thus, the snapback was created to promote various organizations, unify fanbases and communities, and generate revenue.

Read more about the invention of the baseball cap in this article.

The Snapback in Popular Society

New Era made the first snapback hats in the 1950s, but they exploded in popularity in the 1990s.

The biggest names in rap, including Tupac, Dr. Dre, and Ice Cube, frequently wore them. With endorsement from these artists, the trend skyrocketed.

The Fresh Prince of Bel-Air Widened the Fad in the popular 90s TV series. The main character, Will Smith, often sported a snapback hat in the show.

Since the show was very popular during that day (and even now), many young people followed suit and started to wear the hat. The character also wore his hat backward, boosting the backward hat trend.