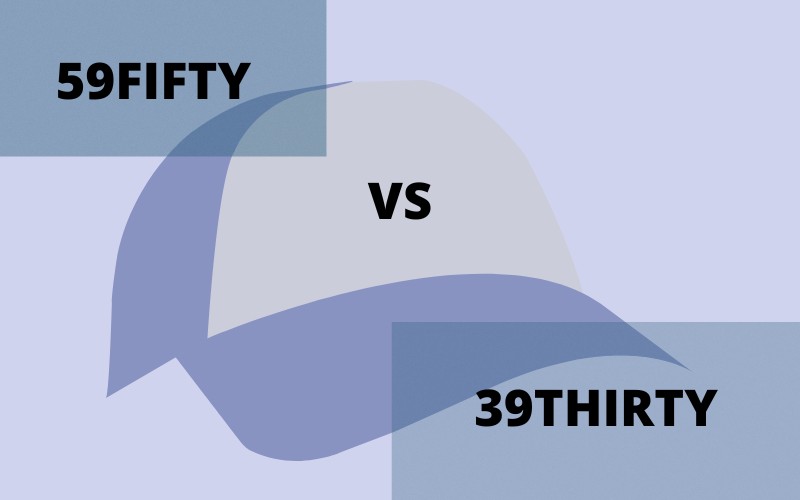 New Era caps are some of the most popular pieces of headwear for sports fans across Major League Baseball, National Football League, and National Basketball Association. The brand features headwear across several key designs.

Today we’re looking at the 59FIFTY and 39THIRTY New Era caps and delving into the design features of each, and which one you should pick for your next purchase.

The New Era 59FIFTY is perhaps the most iconic New Era cap on the market. The design was first manufactured in 1954, designed by Harold Koch, and since then has been seen on sports stars and fans alike. The key design elements of the 59FIFTY make it the most recognisable product to New Era.

The 59FIFTY on Amazon

The cap is structured and fitted and has a flat visor, which can of course be curved to suit the requirements of the wearer. The crown is made from six panels and is tall in profile. Like with other New Era caps, you can purchase a 59FIFTY displaying the emblem of your favourite Baseball, Basketball or Football team. The 59FIFTY hasn’t always just been worn by sports players and fans, in the 1980s and 1990s the design became popular with hip hop stars, seen on the likes of Jay-Z and Dr. Dre.

The New Era 39THIRTY is also a fitted New Era cap. It has a low-profile and has a stretch fit contoured crown, that is designed to fit snuggly on the wearer. It’s eight rows of stitching compliment the curved visor, and it’s a great option for those who will be wearing their cap on the go. Like with all New Era caps you’ll find the brand logo stitched on the lower left side of the cap.

The 39THIRTY on Amazon

The 39THIRTY was one of the first hats designed after the release of the 59FIFTY and had a lot to live up to for the brand to grow. The stretch fit and durability of this design made it hugely popular and it’s still available for purchase today.

Which hat is best for me?

Overall, the 59FIFTY has a more tall and broad profile than the more streamlined 39THIRTY and is the more iconic choice of the two styles. If you’re going for the traditional New Era option stick with the 59FIFTY, but if you want a cap that is made to fit and is a comfier option that has been engineered for movement then try out the 39THIRTY.

Neither of these New Era caps are adjustable, so be sure to pay attention to the sizing chart when buying your chosen design. But in our opinion, if you aren’t sure which one to choose, purchase one of each, they will both make a great addition to your cap collection.